by M.J. Carlock about a month ago in review 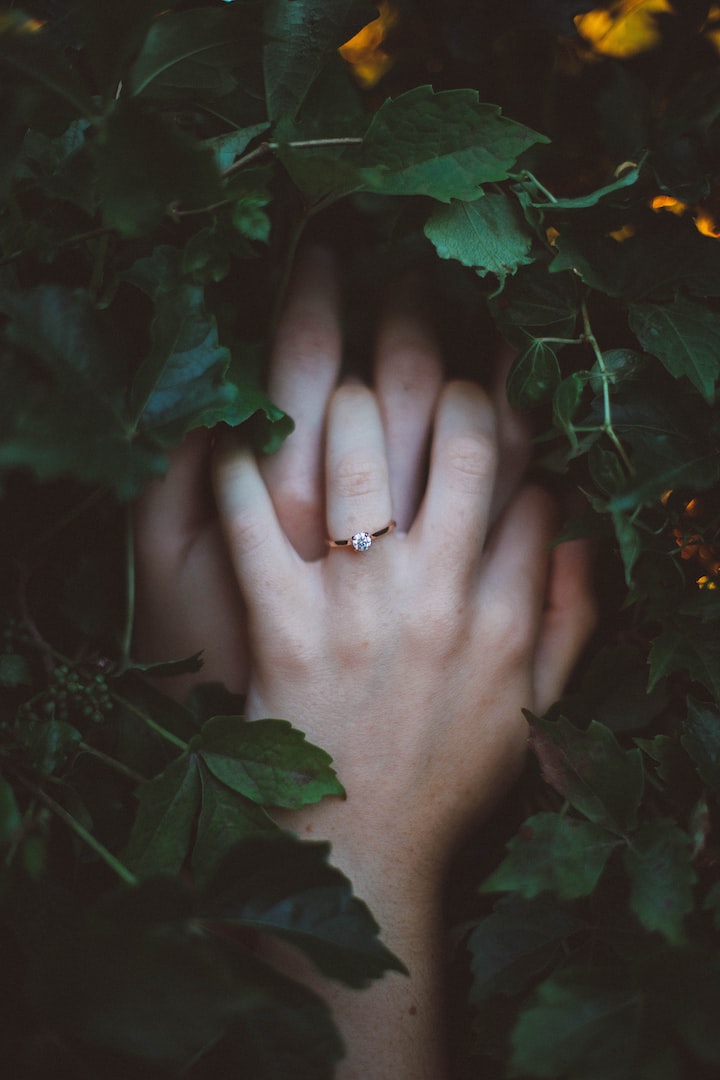 Photo by Jacob Rank on Unsplash

I must admit that I am an avid reader; and as such, it should come as no surprise that I have stumbled across many fantasy-laced novels in my numerous readings.

I have also encountered the enthralling fantasy genre in quite a few different movies, shows, and games as well. A few note-worthy recalls within these various mediums include: The Inheritance Cycle by Christopher Paolini, Sword Art Online, a light novel turned anime, Red Shoes and the Seven Dwarfs, a non-Disney princess movie that deserves to be watched over-and-over again, and pretty much every The Legend of Zelda game ever created.

There are so many good fantasy-themed worlds out there, but my favorite has to be the world presented in The Iron Fey series by Julie Kagawa. The first four books in this series are The Iron King, The Iron Daughter, The Iron Queen, and The Iron Knight. These are the original books of the series and they go into the lives of Meghan Chase, a sixteen-year-old girl who must save her brother, Ethan, after he was kidnapped and taken to the world of the Fey, called the Nevernever. Here, she meets Ash, the Third Prince of the Unseelie Court (also known as the Winter Court), and Grimalkin, a cat who conveniently appears and disappears throughout the story whenever he is needed. Meghan also has her best friend, Puck, trying to aide her in the Faery world; however, she later discovers he was really sent by her biological father, the Seelie King of the Summer Court, Oberon, to keep watch over her in the human world.

These various circumstances and discoveries about herself constantly shift and shape the story to be what it is. The characters are very captivating and complex but allow you to feel emotionally connected and understanding of all their viewpoints.

To explain a bit further, Meghan is unaware of her heritage of being half-human and half-fey. This is shunned and looked down upon in both the Summer (Seelie) and Winter (Unseelie) Courts. She now randomly finds herself being a Princess, but definitely not feeling like she fits the position, nor even being interested in it. As her mind is more preoccupied in finding her little brother and getting him safely home.

Her journey of saving her brother is just the beginning, as she must cope with many new, strange, and terrifying things in the Fey world. There are all sorts of creatures and dangers lurking in the shadows; it seems that everywhere she turns there is another horror awaiting her. Things like bogeys, phoukas, redcaps, and even some of the Fey themselves, are constantly trying to kill her.

Meghan quickly finds herself on her own when Puck disappears, she meets Grimalkin, and later Ash, with whom she eventually makes a deal with to help her find her brother. But in the Nevernever, promises are never one-sided, and vows can never be undone. Once one has been made, it must be completed, or the essence of the person begins to unravel, and they slowly lose themselves to madness.

This particular detail becomes very prevalent throughout the series, as Meghan must make decisions and deals that always carry a consequence. This also plays a huge role in the constant fighting between Ash and Puck, as Ash has made a vow to kill Puck after his actions led to the death of Ash’s first love, Ariella. But I must say, dear reader, things are not always what they first appear…

Complexities begin to grow as Meghan and Ash travel and work closely together, for emotions begin to make themselves known, and they both discover a new danger awaiting the Nevernever. A new kind of Fey have arisen, and they can easily destroy both the Summer and Winter Courts. These Fey are made of iron, and iron is poison to the existing Fey. Meghan and Ash not only have to figure out what to do concerning the new Fey, but also their growing feelings, because love between the Summer and Winter Fey is forbidden.

I'm gonna halt my narrative there, because I don't wanna give too much of the story away... but to get back to the reasons why this is the absolute best fantasy world...

I have to say that one of my utmost favorite aspects of this world, is the power of words. Making vows, promises, and oaths mean something. They carry great weight, even to the point of burden, and it shows how you must always have wisdom with what you say and do.

The mystery of the Nevernever is so intriguing to me as well. It contains so much possibility and can be endlessly expanded upon, which is shown in the later continuation / spin-off of the series concerning Meghan’s brother Ethan Chase. And even more so, with the new continuation featuring Puck’s story; but only the first book of that has been published thus far. But the fact that this world gets to keep growing is beautiful to me and I can’t help but be excited because I get more reading material to consume in this addicting story.

I love the creativity shown by Julie Kagawa in this series. There are so many weird and different things you don’t always encounter in a normal book. Different creatures and situations, and it literally keeps you on the edge of your seat, going from page-to-page and staying up to endless hours of the night.

And I cannot say it enough, I love the characters. I love their personalities and growth and interactions with one another. It is so witty and sarcastically funny, but it also carries such depth of emotion and serious undertones. There are also some pretty intriguing metaphors if you pick up on them throughout the series too.

Not gonna lie, I also love love stories and this kind of forbidden romance. (I am a sucker and I have no regrets.) I also happen to love happy endings, if you know what I mean... so if you like those too, this might be something you want to check out if you haven't already.

So yeah, honestly, writing all this is making me want to re-read the series, because it is so good! I have read these books so many times it's ridiculous, and I never get tired of re-visiting them. Which I think speaks a lot for itself.

I tried my best to keep this pretty spoiler free, in case anyone ended up finding themselves interested in the series after reading all my ramblings, I want you to enjoy reading it with the fullest experience you possibly can. So, go check it out if you want, I highly recommend you do! It is amazing and you won't regret reading every word!

I find that words are powerful; regardless of their form, they carry influence over our lives, and we must wield their power with both wisdom and heart.

Receive stories by M.J. Carlock in your feed
M.J. Carlock
Read next: 'The Long Halloween, Part Two' is finally here... but just how good is it?