by Mack Mays 22 days ago in review 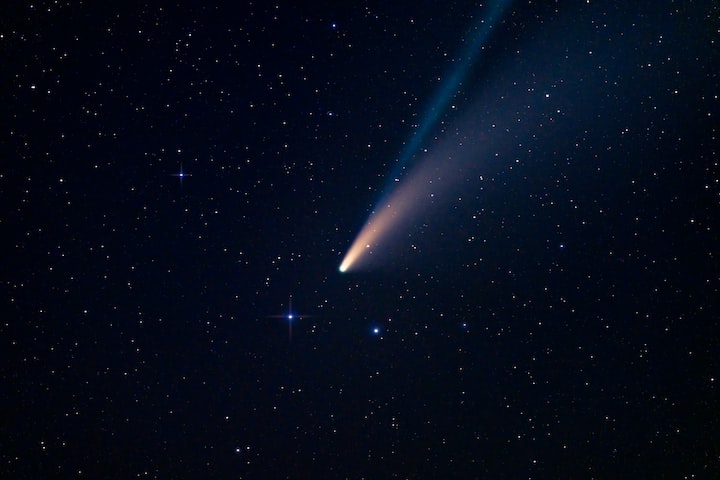 The shock is great for astronomy student Kate Dibiasky (Jennifer Lawrence) and her professor Dr. Randall Mindy (Leonardo DiCaprio) when they spot a comet. Not only is it particularly large, but it is also several thousand kilometers in circumference.

He also races towards the middle of the earth and threatens to wipe out all life in one fell swoop. Together with Dr. Oglethorpe (Rob Morgan) do everything they can to warn people of the impending disaster. They even penetrate as far as the White House.

There, however, they encounter indifference: Neither President Janie Orlean (Meryl Streep) nor her son Jason (Jonah Hill), who works there as chief of staff, seems to be interested in the story. And Brie Evantee (Cate Blanchett) and Jack Bremmer (Tyler Perry), who host a popular talk show together, aren't much help either …

A satirical view of the world

In the meantime, Adam McKay seems to have found his cinematic home: satires with which he targets political or social undesirable developments. In The Big Short, he took apart those responsible for the real estate and financial crisis in the USA in 2008 with a biting joke.

Then he turned Vice - The Second Man, in which he showed with no less derision how Vice President Dick Cheney bent his office and the truth to increase power and wealth. With the Netflix film Don't Look Up, he stays true to this direction, again not drawing a particularly flattering world of his compatriots.

In contrast to the two previous works, however, he does not deal with a specific historical event but rather designs a what-if scenario.

This is not that original. We have already had several times that the earth should be destroyed by comets. Disaster films like Armageddon, Deep Impact, or, most recently, Greenland like to take the threat from space to create unearthly heroes.

Don't Look Up now takes this scenario, but does not show how the common threat inspires great deeds. Instead, the problem solving here is primarily problem denial. Anyone who does not believe that something bad will happen does not see it as their duty to do something about it.

There are now more than enough examples from the real world: Whether climate change or corona, egoism and a fundamental skepticism towards science lead to the most bizarre and terrifying reactions.

Even if Don't Look Up is not based on any true story, it doesn't seem completely impossible. There is a good reason why the German poster reads "after quite possible events". Whether it is politics that only react to hardships under the greatest possible pressure, media that only look at the quota even in the face of the end of the world, or the common people who are against it on principle because they don't feel like doing without something to have to: Many reactions sound familiar.

Facts are rewritten or simply ignored. Media asterisks use the opportunity to stage themselves. Personal profit counts more than anything else when in doubt when the economy itself sees the end of the world as an opportunity for its enrichment.

So there are enough reasons for ridicule. More than enough. One of the shortcomings of Don't Look Up is that it did not select a group that was specifically targeted. Rather, McKay tried a portrait of society as a whole, in which practically everyone has a blast. The two main characters are in a losing position with their scientific work because the whole world seems to consist only of egoists and idiots.

However, this leads to the fact that the film becomes more and more inflated and at some point loses itself in sheer details. Perhaps the director and screenwriter simply wanted to accommodate as many stars as possible and therefore built in a large number of characters that would not have been needed.

Either way: The running time of just under 140 minutes would not have been needed here, it is quite a drag.

A bit clumsy and tough

The other problem is the humor itself. McKay was never the great finer, preferred the direct word to the allusion when in doubt, preferred to spell it out instead of letting the audience do some intellectual work. But with Don't Look Up it's even worse.

The film looks as if someone has taken the guideline "Satire for Dummies" and worked through it. That can be fun, at times the comedy is without a doubt. But everything that needs to be said is said very early on, followed by repetition after repetition. Although it is sympathetic to attack the grotesque anti-science movement, the utterly

Read next: 'Aquaman' Is What All DC Films Need to Be