'Doctor Who: The Scary Real-life Science behind 'Praxeus'

by Kristy Anderson 19 days ago in entertainment

Microplastics are no joke.

After a game-changing episode five, Doctor Who took things back down a notch with 'Praxeus', the sixth episode of Series 12.

In the episode, the Thirteenth Doctor, her companions, and a ragtag gang of extras investigate an unusual new virus that latches onto the microplastics within the victim's system.

While some fans thought the episode's Aesop on the threat of micro-plastics was a little heavy handed, the science behind the issues microplastics are beginning to cause is very real. 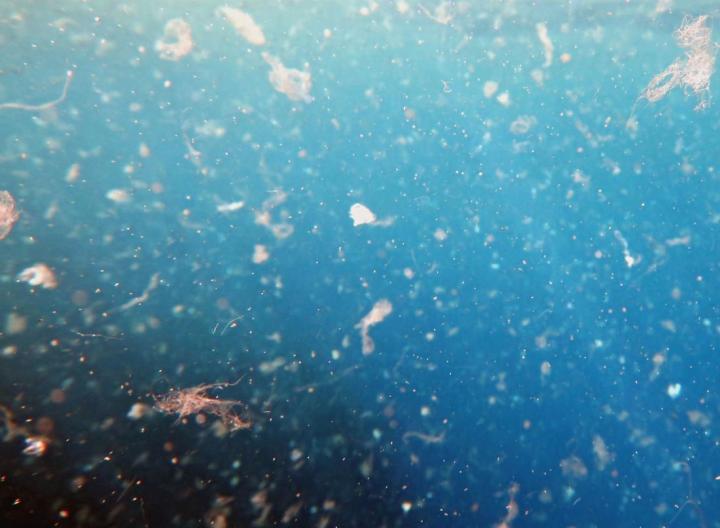 A body of water tainted with microplastics.

So, what are microplastics?

Well, as The Doctor explains during the episode, humans have created a number of types of plastics that, unlike paper products, will never entirely break down. But while they do not break down, these plastics do become more brittle over time, breaking and shredding into smaller and smaller pieces. Any piece smaller than five millimetres is classified as a microplastic.

The biggest problem with these microplastic particles are that they are small enough to slip through most water filtration systems, meaning that quite a lot ends up in our oceans, and also, scarily, in some sources of human drinking water.

Birds Really Are Ending Up Full Of Plastic

One of the strange occurrences that prompts The Doctor and her friends to investigate initially is reports of birds falling from the sky for no apparent reason. Early in the episode, Ryan collects the body of one of these fallen birds, and later, as the birds outside Suki's research facility begin acting strangely, she has him dissect it. Upon opening the bird's stomach, he finds it full of plastic.

While the amount and appearance of the plastic is played up for dramatic effect in the episode, the sad phenomenon it represents is real, and unfortunately, it isn't just birds. Fish and other sea creatures are also consuming the microplastics making their way into our oceans. However, the problem is more noticeable in birds, particularly sea-birds, as they are ingesting the plastic from multiple sources: The sea creatures they eat, and any microplastic tainted water they swallow while fishing. Since these plastics cannot be digested, they gather in the animal's stomach over time, eventually causing more serious issues.

Microplastics Are Also A Problem For Humans 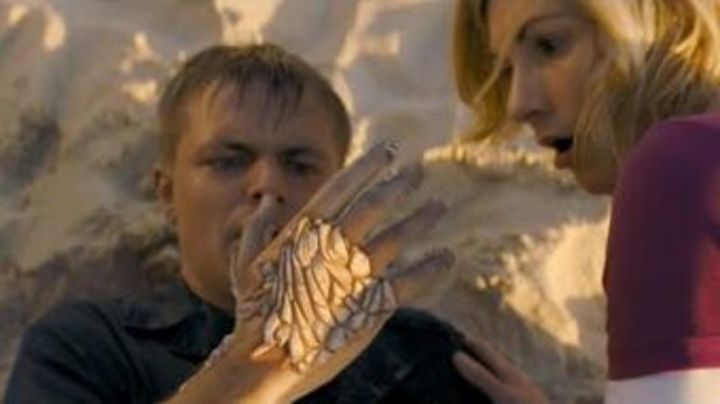 The revelation of the plastic inside the birds helps The Doctor come to the conclusion that the Praxeus virus feeds on and spreads due to microplastics built up inside the body. Earth was the perfect environment for the virus due to the large amount of plastic on the planet.

Scientists have come to the conclusion that humans unknowingly consume about a credit card's worth of microplastic every week. Most of these microplastics are ingested through drinking water, while some have entered the food-chain, mostly through seafood. Plastics are also entering our system through a number of non-food products, including toothbrushes, toothpaste (the micro-beads in some varieties are plastic), plastic cutlery, and some brands of make-up and toilet wipes.

Research suggests we consume around 2000 microplastic fibers every week. This adds up to 250 grams in a year. Those are scary statistics. While the longtime effects of this plastic consumption on our health have not been established, it cannot possibly be anything good.

'Praxeus' is far from the best episode of Doctor Who this season, and its main lesson would have been better taught if it had been more subtly woven into the story, rather than spat out in a mid-ep exposition speech. However, it is still an important lesson to learn.