Disney's Frozen Through the Eyes of GAD

by Stephanie Hoogstad 24 days ago in movie
Report Story

Elsa as a Symbol for Anxiety Disorders 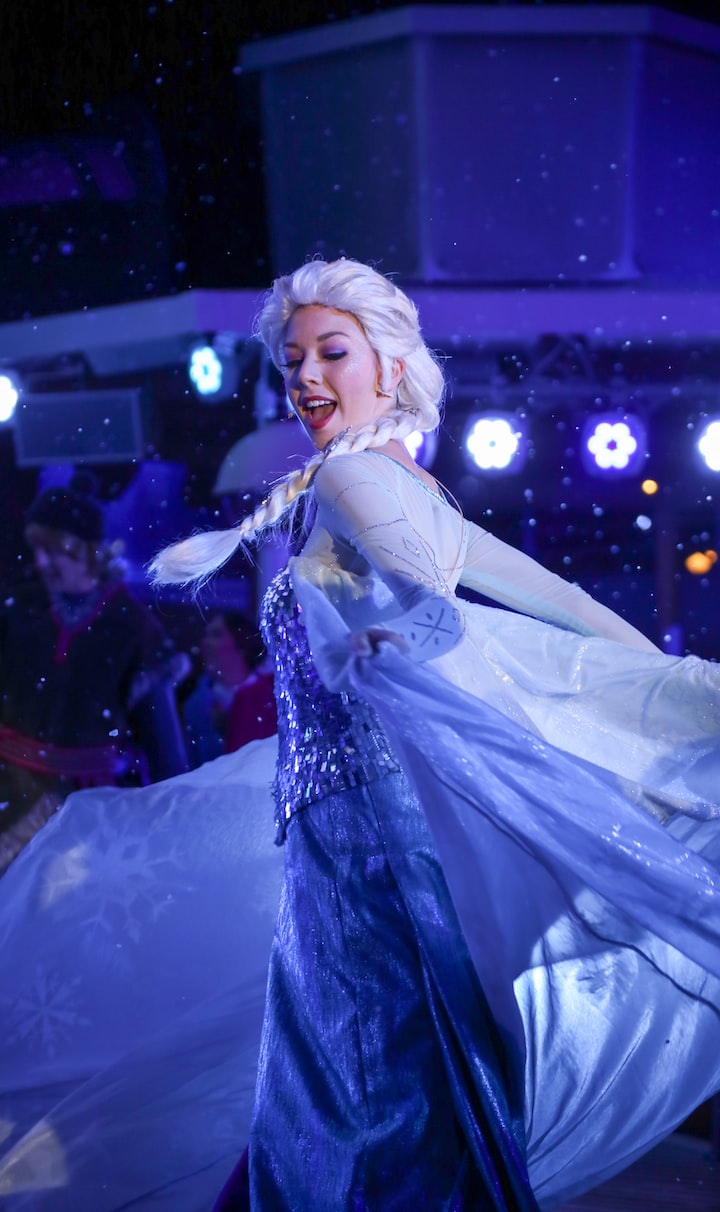 Photo by Lydia Turner on Unsplash

This analysis is based solely on the film Frozen (2013) with no influence from its sequel, Frozen II (2019).

The Walt Disney Corporation has been at the heart of a lot controversy and criticism lately. As a diehard Disney fan, even I have been furious with the company for multiple reasons. However, that does not negate the power of its franchises or the influence that its characters have on both children and adults alike. Children dress as their favorite Disney characters for Halloween. Adults share their favorite Disney movies and TV shows with their children. In America, if not most first-world countries, the ultimate family vacation involves some form of Disney attraction such as one of the theme parks or a cruise. On a cultural and psychology level, though, the company’s greatest influence stems from the complex socio-psycho-cultural themes that can be eked out of Disney films.

Disney films have a multitude of meanings, often changing depending on the viewer. Some interpretations are positive, and others are not. Some movies generate more discussions than others. Due to the popularity of the franchise, a lot of debate has gone into the movie Frozen. Does it contain a good message for kids? Is it really about familial love, or is it still about finding a guy? Is it anti-male, or does it just support strong women? Should Elsa have been the villain?

Frozen is only one in a long line of controversial Disney films. I personally think that all the interpretations have their merits and that the only solution is for parents to watch movies with their kids and talk to them about what they see. However, one particular interpretation captured my attention, and I would like to give it a more in-depth examination.

I have always viewed Frozen, on a metaphorical level, as a story about a woman growing up with and learning to overcome social anxiety and Generalized Anxiety Disorder, or GAD. Elsa suffers from anxiety, particularly around other people. Even though the anxiety is depicted as a result of her being unable to control her powers, it is still social anxiety and, since it often appears even when everything seems to be going well, could also be considered GAD. Anna represents loved ones who try and help the anxiety victim, although she does not fully understand what the problem is, let alone what will ease it.

Dialogue, imagery, and lyrics throughout the film support this interpretation. Elsa’s father teachers her a telling mantra: Conceal, don’t feel, don’t let it show. Why do I think this ties into social anxiety and GAD? Well, sufferers of such conditions must hide their anxiety in public. They’re constantly on the brink of panicking–especially so if they also get panic attacks–and society has taught us that such issues signal weakness. The stigma surrounding these conditions forces the victims to hide their symptoms, becoming just as anxious about exposing themselves as they are about being out in public and/or life in general.

We also have the “frozen head, frozen heart” imagery expressed through Anna. Pabbie tells Elsa and Anna’s parents that it’s a good thing that Elsa only struck Anna’s head because the heart is not changed as easily as the head. This key component of the movie represents two different levels of emotional pain: superficial pain that goes away after some cool-down time (the head) and the deeper, more unforgivable pain (the heart). When you harden your head towards somebody, you often overcome it when you’ve both had some time to calm down and realize the ridiculousness of the fight. When you harden your heart, you will not forgive the other person so easily–sometimes not at all–and that’s when a true rift in the relationship occurs.

What does this have to do with anxiety? In Frozen, Elsa becomes more scared of her powers and anxious about not controlling them after she hits Anna in the head with some of her ice. While it’s a more minor, more easily-fixed pain, Elsa still fears hurting someone like Anna again. This reaction embodies a fear that is often one of the roots of GAD and social anxiety: the fear of doing something wrong or hurting other people. Whether it’s a concern that doing something wrong will embarrass them or that doing something wrong will hurt someone, this fear commonly nurtures GAD and social anxiety in people who are overly sensitive and/or care a lot about what other people think. Elsa fears that she would hurt people, especially Anna, so she hides away. When she causes a panic the one time she leaves her inner sanctum, she escapes as far from the public eye as she can.

The message of anxiety grows most prominent in Frozen when Elsa and Anna reunite at Elsa’s ice castle. After Anna tells her that she froze the entire kingdom, Elsa sings “I’m such a fool, I can’t be free / no escape from the storm inside of me." She also sings that “There’s so much fear” and “You’re (Anna) not safe here” while Anna tells her “You don’t have to be afraid” and “Don’t panic." Elsa and Anna acknowledge that Elsa is prone to anxiety and panicking, and this anxiety causes Elsa to accidentally strike Anna in the heart with some ice.

In true Disney style, Frozen even offers advice to viewers who have loved ones suffering from social anxiety and GAD. The trolls’ song, “Fixer Upper," not only gives the key to resolving the movie’s conflict but also provides a suggestion for how to approach loved ones with mental illness, specifically anxiety:

We’re not sayin’ you can change him,

We’re only saying that love’s a force

Or scared, or stressed.

And you’ll bring out their best.

The trolls tell Anna that love brings out the best in people. You can’t change them entirely, but you can help them be the best version of themselves possible. If you treat people with mental illnesses with love and respect, they will be more receptive to your help and support and are more likely to get better.

The lines that particularly strike me in regards to anxiety are “People make bad choices if they’re mad, / Or scared, or stressed." As someone who has had social and generalized anxiety for years, I find these lines sum up how people with anxiety might lash out. We’re not trying to hurt people. We just have a hard time controlling how we react when our anxiety makes us mad, scared, or stressed.

Disney, for all its faults and hypocrisy, still has a lot to teach its fans. On the surface, a film like Frozen shows us the importance of familial love and the problems with marrying someone you just met. Underneath, it works to guide viewers through the snowstorm that is mental illness and normalize a more loving, open approach to handling it. Yet there is still work to be done.

People try and brush chronic anxiety off as people being lazy, nervous-nellies, or weak, but we’re not that at all. Chronic anxiety–all kinds–is a mental health condition that takes a lot of time, patience, effort, and love to overcome. Instead of denying it or trying to “fix” it, be like Anna and give your love and support to someone with anxiety or other mental health issues. You can’t control it, and they can’t “snap out of it.” Be patient, be kind, and give them your love and support. That’s all you realistically can do.

This piece is an updated version of the post “Disney’s Grown Up: Frozen Through the Eyes of GAD” from my blog, The Writer’s Scrap Bin. You can read the original blog post here.

With a BA in English and MSc in Creative Writing, writing is my life. I have edited and beta read as a freelancer for a few years with only a couple published stories of my own.

You can learn more about me at thewritersscrapbin.com.

More stories from Stephanie Hoogstad and writers in Geeks and other communities.