Cassandra Cain Talks & It's For The Best

by Skyler Sneathen 19 days ago in movie

Birds of Prey is out in theaters now. Maybe now people can drop their nitpicky details and first-world complaints. Unfortunately, a sizeable chunk of comic book fandom does not behave that way. Going back to the trailer fan criticism has risen from the portrayal of Cassandra Cain’s character. Fans may know her best as Batgirl or Orphan. Even general audiences know this particular character never appeared in the film. However, one key aspect of character going decades back is her muteness. I dare say, it is for the best they left this out. 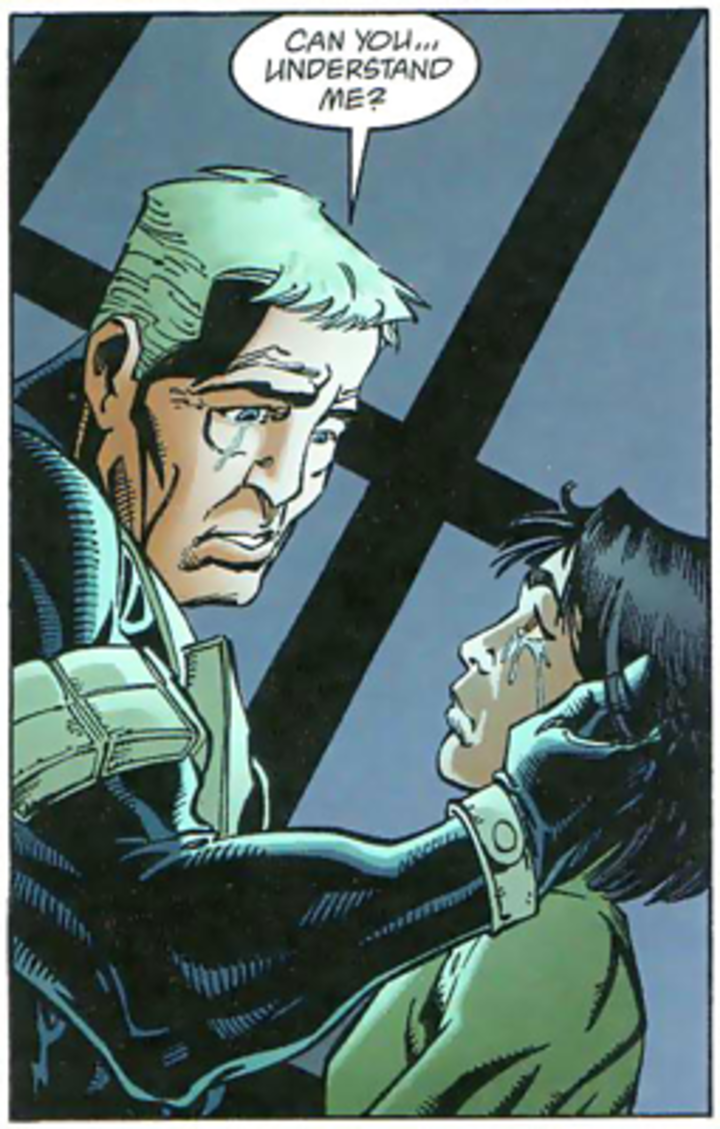 Cassandra Cain is originally the daughter of two legendary assassins – David Cain and Lady Shiva. She is primarily raised by Davin Cain though. Mute due to being taught no language skills at all. Instead, she is trained to read body language to be the perfect assassin. One important note is these three are hardly your prototypical family unit. David Cain murdered Lady Shiva’s sister, Carolyn. Much like any spurned sister, she wanted vengeance but failed in obtaining it. Cain would let her live if she bore him a child and left the child to him to raise. From an early age Cassandra is deprived of any human contact. All of this emotional detachment and depriving of speech was conditioning to build the world’s most deadly assassin. We have all heard these deadly assassin tropes before. No speech, no human contact – she is more of a weapon rather than an assassin, for at least they can have some character and personality.

A silent deadly, Oriental assassin is of no welcome today. Many East Asian characters of fiction are influenced by a history of the Yellow Peril from late 19th - early 20th century fiction. Think of Fu Manchu. Believe it or not, there was a time that many Westerners, both American and European alike, fear that East Asians would swarm them. You may be aware of the Dragon Lady archetype. Usually, this is an East Asian femme fatale type – the evil seductress who is also a physical threat as well. Cassandra Cain borrows from them to some degree; however, she is almost never played as a sexual being. Instead, her muteness is played up as well as the fact she is a young girl and daughter of an assassin. Granted, all female characters are someone’s daughter mind you, but not all are as emphasized. One exception may be the original Batgirl, Barbara Gordon. Difficult it is to not emphasize the importance of her father. However, Babs exists fine as her own and on her own. Whereas David Cain requested for a daughter and her character is reliant on his own character and upbringing. 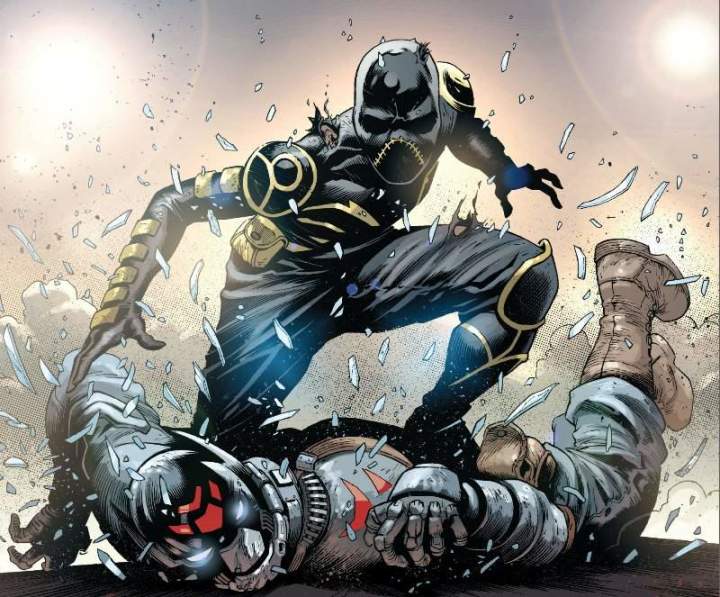 What problem this emphasis on her youth brings is two more common stereotypes. The first one is the Tiger Mother. Now this may come as something of a cheat, given she is raised by her father, a Caucasian male. The Tiger Mother demands complete achievement and perfection in all fields from her young at the cost of the child’s social, physical, psychological and emotional well-being. David Cain’s childrearing methods fit these to a tee, for he wants her to become the perfect assassin to serve Ra’s al-Ghul. Our second stereotype of East Asians is giving them a young, infantile demeanor and submissive nature as well. This then serves their white counterparts as the ‘superior race’ as some would view it back then. Now marry this to the submissiveness we tend to associate with women. The young, submissive East Asian girl is nothing new, you have probably seen them as the China Doll or masseuse girl. Again, Cassandra is hardly a sexualized character compared to most, but submissiveness is not always tied to sex. Keep in mind her father, the assassin who runs the household more like a drill sergeant than as a father or actual teacher. His entire domain and masculinity rely on a young, submissive girl to further fuel this nature of his.

Now I will note she has not always been mute. After the No Man’s Land arc into the early 2000’s a telepath rewires her so she may actually speak, but this comes at the cost of her ability to read her opponent’s body language. In recent years her muteness has returned. Furthermore, this has become a key defining trait of her character sadly enough. Dare say it reeks of the old riff ‘women are meant to be seen not heard.’ Believe it or not, this was the first thing many fans were quick to raise a fuss over when the character debuted in the trailer.

Let’s put her femininity aside and focus more on the fact she is mute and East Asian. Cassandra Cain’s character has been seen before in film...based off of a comic book, Frank Miller’s Sin City. Miho, is violent, little Asian, mute assassin. In both film and the comics, she has no dialogue. She practices only violence and knows nothing else. She is even referred to as ‘deadly little Miho’ further alienating her from any real human connection or emotion. One well known pop culture silent assassin type is Jet Li’s antagonist in Lethal Weapon 4. He has little to no memorable dialogue but is instead remembered for his violence. Another example resides in the antagonist in Bloodsport, Chong Li. He has one memorable line of dialogue, but this dialogue rests entirely on his violent act of manslaughter earlier in the film. The less a character says the less we feel or create any sensual attachment to said character. Instead, the character comes off as cold and mechanic, less than human. Now you take this and apply it to an entire range of people, usually East Asian.

Rather this is a good take or the take to go with the character instead is a separate debate. Long story short, it is a century old stereotype and needs to be killed off. Not only is the silent, Oriental woman both sexist and racist but falls back on lazy writing. One key purpose of the film was to provide out an outlet for women. Few to no female team-up films exists, especially within the genre of comic book films, even though said teams do exist in the comics. Second, more and more people need their shot on the screen, not just white guys. Sorry gentlemen, you’ve had this industry cornered since the inception. Do we really need to send a message to all young East Asians that all you can be is some evil temptress or assassin? Plus, can you truly expect the director, Cathy Yan, an East Asian women to hold true to this ridiculously outdate stereotype? 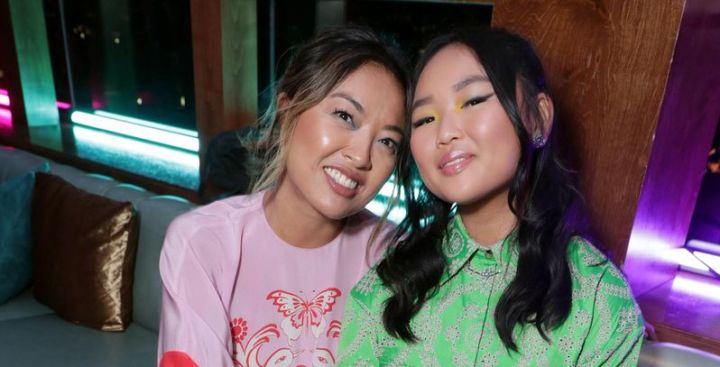 If you like what you read here please feel free to leave a like and a tip.

See all posts by Skyler Sneathen →