Brush Up on Your Comic Con Etiquette

The Dos and Don'ts of Attending a Convention 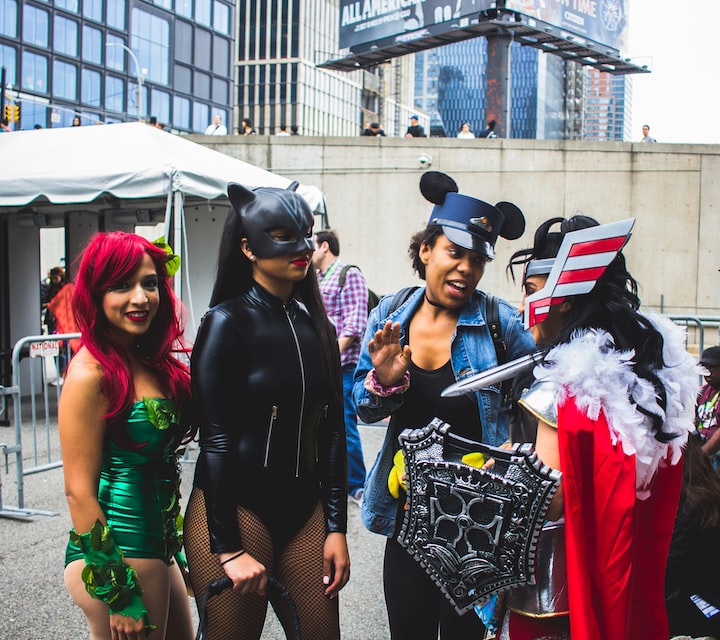 Photo by Kashawn Hernandez on Unsplash

With the pandemic nearly over and the world slowly returning back to normal, things such as comicons and other events are beginning to come back. For those of us who picked up cosplay as a hobby or became enthralled with a new show during quarantine, you may be interested in attending a comicon in your area! Going to a con for the first time can be exciting, but also overwhelming if you aren't properly prepared. In this article, we will brush up on comicon etiquette for the newbie or for the veteran who needs a refresher.

DO prepare for the event months in advance:

Comicons can last for days, so expect the venue to be packed with people, but the venue won't be the only thing that's packed. Some cosplayers and con enthusiasts will travel long distances to attend the event in its entirety. Hotels will be fully booked.

In order to attend a comicon, you need to figure out where it will be held, the dates, times, and other events that may be happening during those days. If you want to stay for the entire event, you'll need to plan and budget accordingly (because cons are not cheap, and neither are hotels!).

If you're a cosplayer, you'll need to figure out which cosplay(s) you'll be taking. Pack as much as you think you'll need. Plan for hiccups and inconveniences. If things can go wrong, they will, and I've learned that it's better to have it and not need it then to need it and not have it.

DO Attend the con with friends or family:

There's nothing wrong with attending a con on your own, but if you are able and have friends who want to tag along, I strongly suggest you go with them. Strength in numbers is always a good thing, especially during large events such as a comic con.

While cons can be filled with amazing people, there are also strangers and creeps looking for vulnerable people to take advantage of. Pick pockets will have a field day with the amount of loot around. The more people you have around, the safer you will be. Plus, attending a con as a group can be fun and exciting, especially if everyone participates in a fun cosplay!

This tip might seem a little weird, but bear with me. Cons can get jammed pack with fans and cosplayers looking to have a fun time. The venue can get pretty stuffy just from that, and don't get me started on the cosplayers.

Cosplayers, this is directed towards you: DRINK YOUR WATER! Especially at a con. It's important for your body to stay hydrated and cool. If you're wearing a rather complicated or bulky cosplay, I can only imagine how hot it must get underneath your costume! Unless you want to pass out and be rushed to the emergency room, I suggest keeping a water bottle on hand.

DO ask for permission before going up to a cosplayer and asking for a photo:

At any comicon, you'll come across a wide array of amazing cosplays. Some of them are intricate suits, some are handmade, all of them are worn by people with feelings. If you see a cool cosplay and you want to take a picture with them, ASK FIRST! They may be interested, or they may not be, but no matter the case, you should always get consent from the cosplayer before taking any pictures of them or with them.

It's important to take other people's feelings into consideration. You never know what they may be going through. They may be rushing to go to a panel or trying to find their friends, so taking a picture may be the last thing they want to do right now, and that's okay. Don't get mad or berate them. The cosplayers are not there for your entertainment. Which leads me to my next point:

DON'T TOUCH A COSPLAYER (OR EVEN ANOTHER PERSON) WITHOUT THEIR CONSENT!

I can't stress this enough, but unfortunately, people don't understand the concept of consent. It's a terrible thing for someone to have an uncomfortable experience at a con. Just because someone is dressed as your favorite character DOES NOT give you a reason to touch them without permission. Cosplay is NOT CONSENT!

Guests or celebrities may make an appearance at the con, but even though you may pay for an autograph or a photo, YOU STILL NEED TO ASK FOR CONSENT! This should be one of the first things you do when approaching someone at a con. If you can't comply with this simple concept, you'll be removed from the con.

As for cosplayers or other people attending the con, you are allowed to say "no" to anyone who wants to take a picture or touch you. If something or someone makes you uncomfortable, you are allowed to tell them no. Security working at the venue will be available as well as other resources if you need them.

Finally, have fun and be respectful!

Cons are supposed to be fun for everyone! There's so much to do at a con. There are vendors selling amazing products, panels that will allow you to gain insight on various topics, guests or celebrities who will make an appearance, and other events (like video game tournaments or cosplay contests)! Remember to stay safe, follow con guidelines, and have fun!

More stories from M.N. Negus and writers in Geeks and other communities.