I had watched 6 seasons of Sex and the City in 2 weeks. 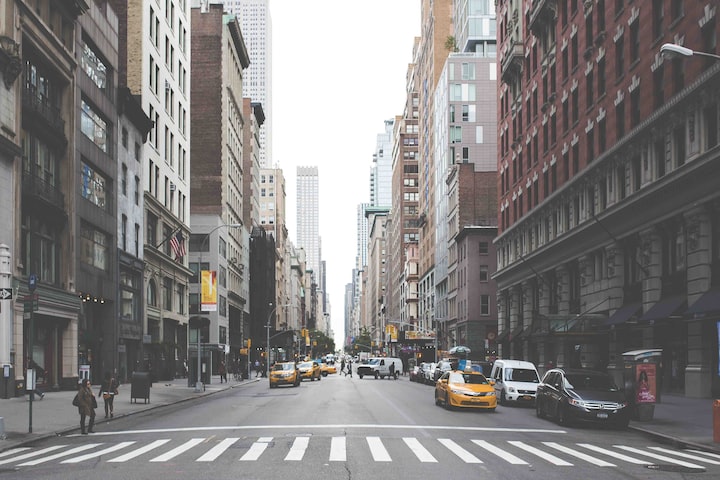 A single girl named Carrie wrote a column about all her single girl adventures in New York City accompanied by her fabulous friends. With the revival "And Just Like That" airing on HBOMax, I decided it was time I properly got to know this group of single gals so I could thoroughly enjoy watching the new show.

I was a mere four years old when Sex and the City premiered, so needless to say I didn't get to enjoy it in it's heyday. I did, however, watch reruns as a teenager when they aired on E! and enjoyed the movies. I'd seen enough of Carrie and the gang to be excited about the revival when it was announced, but not enough to feel like I could properly enjoy it.

And just like that, I had watched every episode in two measly weeks and, I have to say, it's one of the realest scripted shows I've ever seen. Each character has their ups and downs, their positives and negatives. Each one of them has toxic traits in the realest way possible. Carrie is self-centered and, at times, dismissive of her friends. Charlotte is a perfectionist and is often quick to judge those who don't fit into her ideal life. Samantha has a superiority complex and doesn't cope well with change and her feelings. Miranda is one of the most judgmental people to have ever graced our TV screens. But, all in all, they are good people. They always find comfort in one another and they always look past, or work through, each of their negatives. They truly are friendship goals.

Even though I watched the series from start to finish, it was really in season four when *spoiler* Carrie and Aiden break their engagement that I found I could relate to her in a real way. A few years ago, I found myself saying yes to a ring that I wasn't ready for from a person who was great, but wasn't the one. Soon after I was bombarded with questions about moving and wedding planning and setting a date for a wedding I knew was never going to happen. Similar to Carrie's reaction to Aiden breaking through the wall, causing her to panic and eventually end it all, I too had that moment and caused more heartbreak than I ever intended to.

After that, I saw myself in Carrie all the time. It wasn't until the very last episode of the series that I realized how much I was like Carrie. She was a people pleaser. She was quiet until she was cornered. She was a fiercely independent hopeless romantic. I found myself yelling at her, telling her to go to the Parisian party with the fabulous Parisian fans, telling her to leave the museum when Aleksandr abandons her, telling her to scream at him when he slaps her. In that moment, in the last episode, I realized how wonderfully written all four women were. There were so many facets to each character. They truly grew throughout the series all the while staying true to who they were. I finally understood why people all over the world had such a connection to all the characters. Not just the 4 gals, but all of them. Anyone can start the show and find pieces of at least one character that they can relate to.

As I watched the credits roll on the series finale, I found myself having a few questions. How could someone living on a columnist's income afford that many designer goods? With their impending adoption, does Charlotte ever learn Chinese? Is living in Brooklyn really as terrible as the girls assume it to be? Is rent control still a thing? And when it was over, I couldn't help but wonder: What am I going to watch now?

More stories from Shae Moreno and writers in Geeks and other communities.