by Muangakili 5 months ago in fact or fiction

What is the difference? 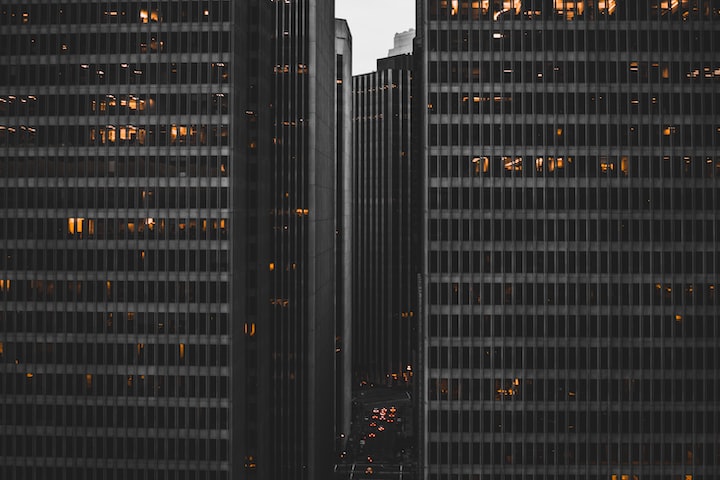 Photo by Traf on Unsplash

A reality is sometimes referred to as a Universe, Dimension, or world.

The theory or the concept behind the idea of parallel dimensions, universes, or realities is that there are multiple Worlds besides this physical one. However the terms such as dimensions, alternate reality, parallel universes can be confusing.

Here I am going to explain the difference between reality, dimension, and universe so that we can move forward. Of course, we all have an idea what these three words mean but in the context of this article, it is best to define them clearly so we can move forward.

What is a Universe?

The reality, however, is a conceptual or perceptual version of the physical environment, religion for example creates a reality into a person’s mind, they create a concept of a God and the Devil, so everything they perceive is between those two archetypes. Reality is not necessarily a true or original nature of the physical world, because most people perceive their reality through a lens of perception. Two people might be looking at the same object but perceive different things based on their beliefs.

What is a dimension?

A dimension is based on the nature of perceptual reality, A lot of people talks about the depth of space and time, where there is height, width, length, and time acting as four-dimensional reality, where we move across time at a constant pace, and that a person who can exist on the fifth dimension will be able to move across time. But this is the work of perception. This is also referred to as a density, where the heavier a density is the less dimensionality it is.

Now let’s talk about the difference between Alternate Universe, Parallel Universes, and Dimensions.

What is an alternate reality?

We understand now what alternate reality is, as it is a perception-based physical environment, which means it is a variation of the same physical world viewed from a different perception. A person in a trance or deep meditative state will experience an alternate reality because they have changed their state of awareness. Therefore they can travel to Alternate universes by changing their states of consciousness.

What is a Parallel reality?

A parallel reality, Parallel reality is really an alternate reality, Parallel Universe or Dimension however is fundamentally different because it is similar to this physical world but exists in another space the parallel nature of this is that they never meet. Most of the time we travel to these Universes or Worlds during sleep, you will dream of a place similar to your home, at the same time with similar events. The fact that you are dreaming you are dealing with a similar task, at the same time is that you are in a parallel universe.

Parallel dimensions however these are places that people easily forget as soon as they wake up because they either went on entirely different densities, where they use their other bodies and states of mind, so as soon as they come back, they wear their mentality of here then they forget about it. That’s why people who practice meditation regularly can easily remember their dreams because they are familiar with that shift of consciousness through different densities.

A multidimensional Universe is this physical Universe with hidden realities and densities. An electromagnetic spectrum is a good example of a multidimensional universe because we cannot see beyond the Infrared or ultraviolet rays, there are animals and insects that can see beyond this spectrum. We cannot physically detect wi-fi signals, radio signals, or phone signals but it doesn’t mean they are not there.

Dogs for example can hear and smell beyond the normal spectrum a human can see. Sometimes you might see a dog barking at nothing or staring at a wall where there is nothing. This is because they see beyond what humans can’t see. But it’s not that humans cannot see or sense these other dimensions but it is because our perceptual abilities have been tuned down since we were young. But through meditation and other spiritual practices, we can regain our innate abilities to experience the multidimensional nature of the universe.

A person is also a multidimensional being because we cannot see a person’s thoughts, as thoughts are also a form of finer substance, such as light just that we can’t perceive these other lighter densities and other aspects of humans such as aura, chakras, and energies around our bodies.

I am sure a lot of people have had the experience of having glimpses of the future. I have had experiences of seeing events ranging from a day, a month to a year ahead. This is one form of time traveling. A lot of people believe that Our minds are the ultimate interdimensional traveling machines because when trained through astral traveling, remote viewing, hypnosis(guided meditation), and meditation a person can view things years ahead of time, parallel universes, alternate realities, and even on higher dimensions.

Shamans can travel to different dimensions at will, some use herbs to aid them through the transition. And some ancient shamans can physically teleport from one dimension to another easily, this art is still practiced but in secret because of many reasons.

It is loud and clear that there are too many cracks in the Matrix, A whole lot of information is leaking. stay tuned. https://solo.to/muangakili

Receive stories by Muangakili in your feed
Muangakili
Read next: Book Review: "It Ends With Us" by Colleen Hoover