A movie review on Prey by filmmaker Dan Trachtenberg

by Elysia Taylor about a month ago in review
Report Story

Prey or predator. Which one are you? 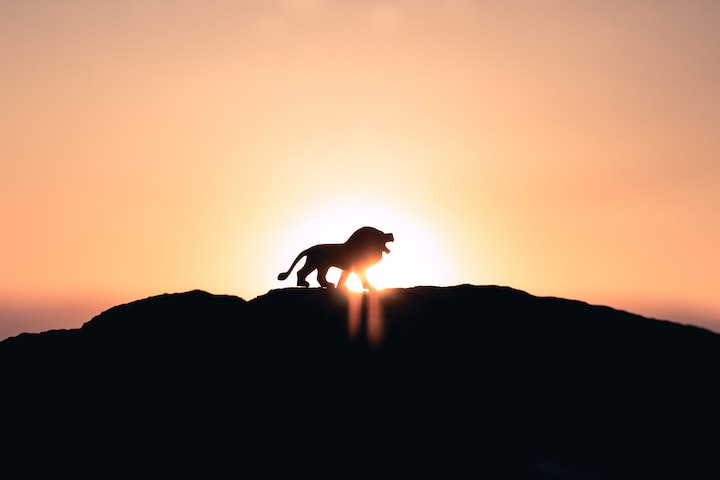 Predator or prey…which one is worse? Dan Trachtenberg’s film Prey debuted this month on Hulu. Remade off of the original Predator film in 1987, Prey is about a young Comanche girl who loves to hunt and eventually kills the biggest predator of them all. I want to discuss a few key takeways that I enjoyed from the film and help you relate to it! The first idea that I enjoyed from the film was the first scene. Prey opens with Nadu (Amber MidThunder) hunting a deer. She was fast, determined and cunning enough to hunt all wildlife with a bow and arrow, along with her ax. And get this… she would throw it. I like how this scene, along with some of the others that I will discuss today, show the genius of the Native AMerican culture, specifically the Comanches. (Side note: in Middle school I was highly fascinated with Native culture and would study/research about their culture during my free time).

Now another part of the film that I found gripping in just the beginning minutes of the film, was when the alien ‘predator’ sliced and skinned a snake alive. The scene starts with a mouse minding its business in the forest when suddenly a snake slowly sneaks behind it and quickly whisks its head forward to bite and eat it. In the same shot, you’ll notice a somewhat clear figurine on the ground that proceeds to stab the snake after it tried to attack the figure. This is the PREDATOR. The figurine then begins cutting the snake, and skin it in one whisk.

If you’ve seen Animal Planet or National Geographic, you’ll know that the ecosystems stay in balance due to the food chain. So in this case, you see in the film that the predator or the alien was slowly starting to throw off the food chain. And as the movie progresses, you’ll see how he does it and the significance behind it.

Consequently, the film showed various scenes of Comanche life 300 years ago on United States soil. One out of the several scenes that stood out was the clip of Nadu’s (Amber MidThunder) mother Sumu (Stefany Mathias) grinding herbs with a rock in her teepee. I really related to that scene because my mom Samantha Joe has her own holistic healing/aromatherapy company called BodyButter39. I wanted to share this because in the film there were a lot of scenes where Nadu (Amber MidThunder) and briefly her mother Sumu (Stefany Mathias) would use herbs and natural ointments to heal and to cook.

Native Americans have prided themselves in the past and present for using holistic methods to heal wounds and to maintain their health.

Simply put, the last few parts I want to delve into will be when the colonizers come to the US and the epic battle amongst the alien, Nadu (Amber MidThunder) and Taabe (Dakota Beevers). Close to the midpoint of the film, Europeans came and tried to colonize the Native’s land and captured Nadu (Amber MidThunder) and one of her brother’s friends. They were quite hostile to say the least, and one of the men, assuming he was French because of his accent in the movie, tried to persuade Nadu to tell him and his fellow colonists about where they were and the land. Manipulation at its worst, was the key word. Near the end of the film, he ends up getting slaughtered by the alien in cold blood.

ALso, I can’t pinpoint what language the plus-size European man who wanted to kill everything and everyone, but I do know that his karma came back twofold when the alien kills him in the stream while he tried attacking Nadu (Amber MidThunder). He definitely reaped what he sowed.

Now the last part of the film kind of mixes with the colonizer's perspective and the alien’s epic battle with Nadu (Amber MidThunder). First, I want to say that the colonization of the Native Americans was genocide and a form of mass depopulation that I hope never happens in this lifetime again. The European settlers plunged and pillaged Native tribes and manipulated them into helping them learn Native land, where and how they collected food and water, and lastly they forcefully took away the Native peoples' women and children to interbreed for their own selfish desires. It is sickening how all of this occurred merely just a few hundred years ago. It’s also scary to know that history could repeat itself again in America if we make one more wrong move.

Now the alien battle comes into effect when the colonists finally see the alien and begin to shoot at it. Like lambs to the slaughter, some of the Native and many European colonists were killed by the alien in one sitting. The predator clawed, spiked, and used bombs to detonate and destory many of the colonists. Alien technology from say 2033 in 1719 was used and it was epic! Okay, okay let’s get back to the point. But once the colonists that showed up were practically all dead, along with Nadu’s (Amber MidThunder) brother Tapaa (Dakota Beavers), Nadu (Amber MidThunder) boldly figures out a way to kill the alien. She quickly conjured a plan to take off the alien’s eclectic shield on its face and tactfully set up target points from the alien’s own javelin-like weaponry to impale it. At the end, Nadu (Amber MidThunder) cuts off its head to bring it back to her tribe.

I’d like to say that this film was one of the best films I’ve seen in a long time. If you want to watch Prey, you can stream it on Hulu. Stay tuned because there might be a sequel, and for the record the prey is worse than the predator. 😉

Writing out your feelings or creating a new world will never get old. I've always enjoyed it, whether it be a feeling or a long paragraph expressing something. Reading novels and being able to write compelling sentences is a gift. ✨😬🪞

More stories from Elysia Taylor and writers in Geeks and other communities.