5 Underrated Supporting Characters From the Office

by Shea Keating 16 days ago in tv

And Why It's Worth a Rewatch 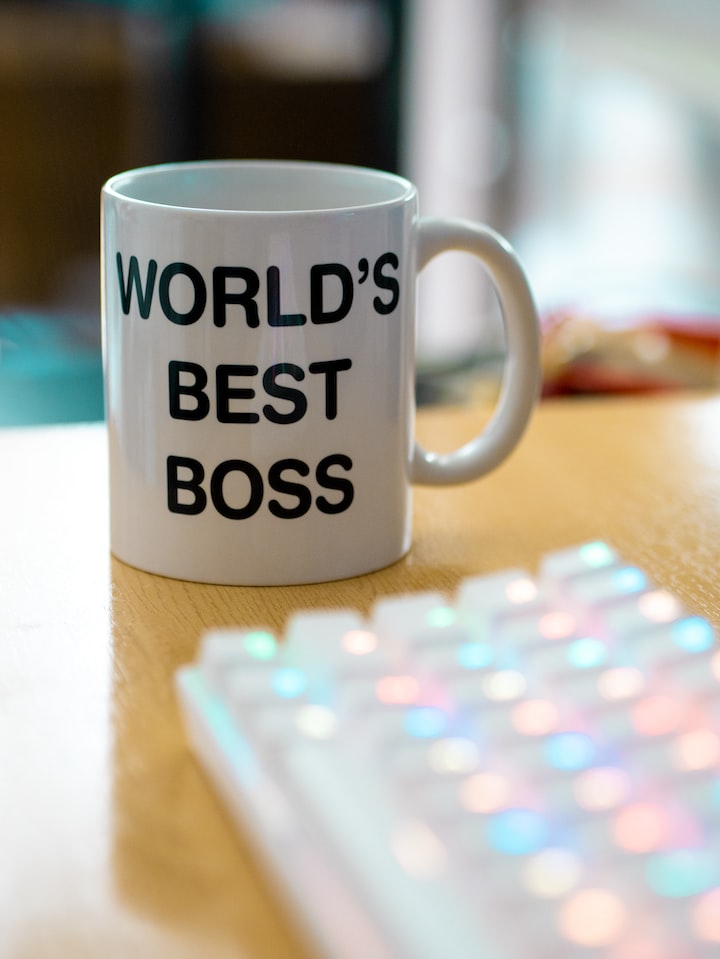 Photo by Pablo Varela on Unsplash

We all love the long, rocky road it took to finally see Jim and Pam get together. We all adore the prank-filled love/hate relationship of Jim and Dwight. The constant push-pull of the partnership between Dwight and Michael makes us all laugh. And yet, some of the background characters of the office are so ridiculously funny, sometimes it takes a rewatch of the show to appreciate them in all their glory. These are five of the most underrated characters from The Office.

How on earth do we describe Creed? The fact is, you can’t. You never have any idea what Creed will say or do, and his contributions to conversations are often baffling or even terrifying. He routinely forgets people’s names and his own job title, will pull a scam to prevent himself from being fired, has never owned a refrigerator, has a side business providing IDs to underage college kids, and often makes unprompted comments that give us a brief window into the insane life Creed was living before coming to work at Dunder Mifflin.

-[after showing up in a blood-spattered shirt]: “It’s Halloween. That is really, really good timing.”

-"I've been involved in a number of cults, both as a leader and a follower. You have more fun as a follower, but you make more money as a leader."

-"No one steals from Creed Bratton and gets away with it. The last person to do this disappeared. His name? Creed Bratton.”

-"When Pam gets Michael's new chair, I get Pam's old chair. Then I'll have two chairs. Only one to go.”

Angela gets a lot of hate. As Creed would put it, “Amanda’s the office b---h. You’ll get used to her.” She is constantly exasperated by Michael’s antics, annoyed when Jim attempts to be funny, and frustrated with Dwight for allowing all of it. The two things Angela loves most of all (except for Dwight, that is): for things to be orderly, and her cats. But Angela’s brand of deadpan reactions is consistently laugh-out-loud funny.

-[when the office is on fire] "Save Bandit!”

-[on shopping] “Sometimes the clothes at Gap Kids are just too flashy. So I am forced to go to American Girl store and order clothes for large colonial dolls.”

-[when she was about to be trained by Kelly] “I don’t have a headache. I’m just preparing.”

-[after Andy presents her with a single rose] “What am I supposed to do with this?”

Oscar is not often allowed to be silly the way Jim often is; his style is more flat and sarcastic. Oscar is generally the character pointing out the absurdities of Michaels’ plans, the insanity of Dwight’s ideas, or the general oddities of everyone else. Still, Oscar’s unflappable logic is funnier every time you watch; he simply isn’t willing to engage in the insanity of everyday life at Dunder Mifflin, and is all the funnier because he’s trying so hard to make unreasonable people see reason.

-[after Michael panics and asks if he should bring a dictionary to the hospital] “The hospital will provide dictionaries, bring a thesaurus!”

-"Actually, I ran the numbers on this, and in this case, it makes financial sense to gain money.”

-[about Andy] “No, I don't think he can make it as an actor, but he also can't make it as an employee in an office, so why not go nuts with it.”

Ah, Ryan. I fully admit that it took getting older to fully appreciate him. He’s the ultimate douche bag, of course, and that’s why we love to hate him. But the more I watch, the more I appreciate his quick wit, dry sense of humor. He says things so flippantly you’ll miss them if you’re not paying close attention, but he’s got plenty of winners when it comes to funny lines.

-"I miss the days when there was only one party I didn't want to go to."

-[after Jim gets mad that Ryan took all the excuses to get out of dinner with Michael] "Doctor’s appointment, car trouble, plantar warts, granddad fought in World War II. Use your head, man. I keep mine in here. Look alive, Halpert. Welcome back."

-"Last year, Creed asked me how to set up a blog. Wanting to protect the world from being exposed to Creed’s brain, I opened up a Word document on his computer and put an address at the top. I’ve read some of it. Even for the Internet, it’s… pretty shocking."

-"I'm in love with Kelly Kapoor. And I don't know how I'm gonna feel tomorrow or the next day or the day after that, but I do know that right here, right now, all I can think about is spending the rest of my life with her. ....Again, that could change."

Presenting Darryl Philbin! I love Darryl a little more every single time I watch. Part of the reason I adore him is that his delivery is drier than the Sahara Desert, which I think is part of why Darryl’s humor is often overlooked. It’s worth a rewatch of The Office just for a Darryl Philbin Appreciation Party.

-"I don't know what's got you upset, but my advice is stop crying.”

-"Since Andy promoted me to assistant regional manager, I've been trying to step my game up, you know, be more productive. In fact, you know what? Let's knock out a few more of these sound bites while we're here. [pauses] Whoa! That person has really gotten him or herself into quite a predicament.”

-"I was there. That dude is not engaged. I'm not a big believer in therapy, but I'll go into my own pockets to cover his co-pay.”

-"This seems like the kind of thing white people with dreadlocks do.”

Give The Office a rewatch, and pay attention to these characters in particular. I promise they’ll make you laugh!