5 Surf Films you can watch right now for free (legally)

by Samuel F. Sherring 2 years ago in movie 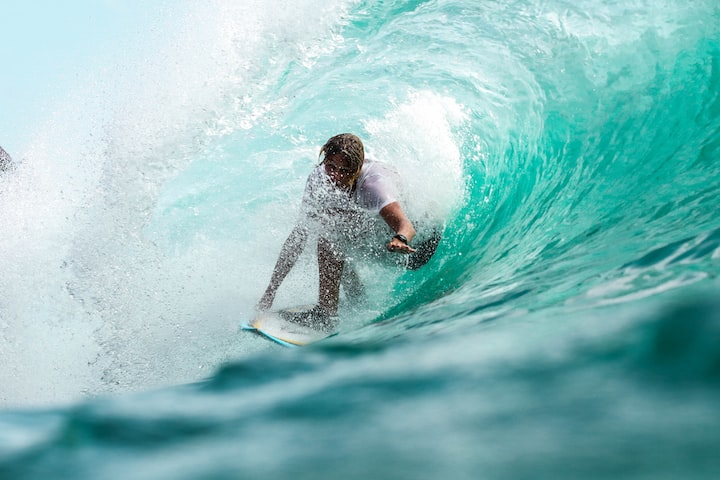 The Patagonia Youtube Channel is a haven for free films and videos. Of course, this being Patagonia, their films often take an environmental stance which is great.

Fish People features Dave Rastovich, Kimi Werner, Matahi Drollet and more telling the story of how their lives have been transformed by the sea. This film is less of your typical surf edit but I think it fits into this category nonetheless. If you're not a fan of this Patagonia film though, there are loads more available on their youtube channel ready to watch!

2) Bra Boys - The Story Of The Abberton Brothers

If you're a fan of the hardcore side to surfing - the localism, the fights and big slabs. You'll probably like this movie. It kind of reminds me of Lords of Dogtown somehow. Heads up, it's old. But it is narrated by Russel Crowe. So there's that.

Like the waves, this story is pretty heavy. Fights, murders and the real-life struggles of the Abberton Brothers growing up in Maroubra. Expect heavy-localism, amazing surfing and a good, heartfelt story.

This is the story of those who risked their lives, some paying the ultimate price, for the ultimate ride. Produced by Mavericks legend Jeff Clark and directed by Josh Pomer. It's a jaw-dropping movie. Not just for the surfing content but the emotional journey these guys have gone through. I don't know what possesses these guys to do what they do but I love watching it, from a very safe distance, through a screen. Props to them.

I won't give too much away, but if you've not seen clips of Mavericks, I'll leave a clip below.

This is the story of Joel Tudor, growing up surfing and finding his own place in the surfing community. Heaps of old footage of him surfing as a kid over Joel candidly telling us his unique story. Joel focused his surfing towards old school log-riding when performance short boarding was becoming much more popular. A great story about following what you love over anything else. For Joel it's style over speed.

5) HANDMADE | A Tribute To DIY Shaping

SURFER said it best in their description -

"Last fall, we rallied some of our favourite surfers who make and ride their own sticks, put them in an improvised shaping bay together (a barn in Northern California) and documented them tearing into foam. Between passes with the planer, we asked them for their take on self-shaping boards, what it teaches you and how it can come to define your relationship with surfing. It was enlightening, and also a hell of a lot of fun. "

It's one of those "this could kind of be ASMR" films. It's very satisfying watching these guys transform a piece of foam, into a working board and then ride it like it's the best board ever made. It's great to learn about how each different fin set up, tail shape, rail size affects how the board can be surfed. There's some very nice twin fin surf clips in there (my personal favourite style).

So there you go! Hours of surf films right there on Youtube for free! Enjoy it whilst the swells are small and when they're not, I will see you in the sea.

I work as a producer at a creative agency in Cornwall, UK. Here I share my thoughts on film and photography. Cool.

Read next: Marsha Hunt at 104 is the oldest living actress