by Lena Harlow 3 months ago in list
Report Story 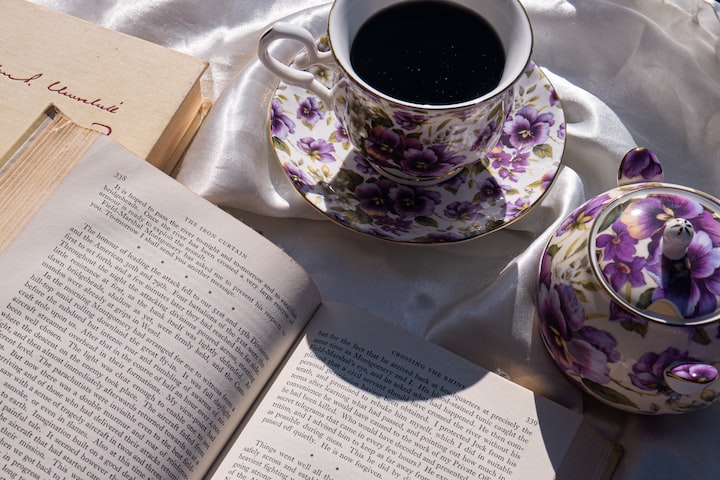 Photo by Katelyn Greer on Unsplash

Jane Austen adaptations typically dominate the lists of Best Historical Dramas. And a lovely tyrant she is. But this time, let’s try something different.

Later this month, HBO will premiere The Gilded Age, the latest historical miniseries from Downton Abbey creator Julian Fellowes. Not only that, but Bridgerton is also set to return to Netflix this year.

So, in case you’re anything like me (a Victorian scullery maid stuck in an unhealthy Millennial’s body), here’s 10 historical miniseries guaranteed to sweep you into the past… and maybe into the arms of a rakish gentleman or two.

Let’s start this list with a tearjerker, shall we?

This classic tale follows our heroine, Tess (Gemma Arterton), as she battles hardships that test her in every way imaginable.

If you’re searching for a feel-good story à la Jane Austen, this isn’t the film for you. But it does have Eddie Redmayne. And with the latest Fantastic Beasts film just around the corner, you might as well check out Newt Scamander a little early.

Young women in search of husbands could summarize more than a few historical flicks. But The Buccaneers doesn’t simply focus on the search. Instead, it’s the entwined hopes, disillusionments and strengths of our four heroines that drive the plot.

In the course of a few episodes, starry-eyed girls transform into young women determined to make the most of their fates beyond the altars and “I Do’s”.

It’s also based on Edith Wharton’s last (and unfinished) novel. Wharton wrote extensively about the Gilded Age as she lived it. So, what better series to watch just before The Gilded Age premieres on HBO Max?

The lives of three families entwine amid broken promises and a setting rife with cottagecore aesthetic. The pacing of this particular miniseries is slow compared to some of the others on this list. But a patient audience will appreciate the slow burn and find extra layers of meaning within the relationships taking shape among a roster of sympathetic characters.

There are also some recognizable faces among the cast, such as Hayley Atwell of Agent Carter fame and Matthew MacFayden, who’s personally stolen my heart twice as both Mr. Darcy in 2005's Pride and Prejudice and Tom Wambsgans (of Tom and Greg notoriety) from Succession.

Little Women meets eighteenth-century scandal (death and powdered wigs, y’all) in this ensemble drama. Based on the lives of the Lennox sisters, these heroines navigate the treacherous waters of high society, finding love, heartbreak and more than a few husbands along the way.

If you look closely, you’ll also spot Julian Fellowes as the patriarch of the family! The Downton Abbey creator was an accomplished actor before he eventually turned his focus to screenwriting.

Speaking of Downton Abbey, Hugh Dancy is set to star in the latest spin-off later this year. Watch Daniel Deronda while you wait. You’ll get to see Dancy and Hugh Bonneville (Lord Grantham himself!) meet for the very first time.

In this film, both men pursue the same girl… the elusive and enchanting Gwendolen (played to perfection by Romola Garai). Anyone who’s seen the 2009 adaptation of Jane Austen’s Emma will recognize Garai, whose character in Daniel Deronda is as equally prideful and spoiled as her Austen counterpart.

The Crown’s Claire Foy and Matthew MacFayden (yes, him again!) star in this adaptation of one of Charles Dicken’s lesser-known novels.

Dickens is a perennial favorite for film and television adaptations. So you might be sick of Hulu recommending him every single day. But Little Dorrit offers a heroic female perspective that the Oliver Twists and Great Expectations tend to sideline. Plus, who doesn’t love a “rags to riches” story?

If you’ve seen Poldark, then you’ve probably already watched everything Aidan Turner’s ever acted in.

If you haven’t, then you’re getting to watch him for the first time and now I’m jealous.

And Then There Were None follows a group of strangers who find themselves stranded on an island with a murderer picking them off one by one until… (spoiler alert!) there’s none. This is the only film on my list that takes place in the twentieth century, so feast your eyes on a 1930s wardrobe while you drunkenly dance to the tune of a phonograph spouting plot exposition.

I hesitate to include a Brontë adaptation, since there’s no shortage of Jane Eyres and Wuthering Heights on other best historical drama lists. But often it’s the 2011 version of Jane Eyre that I see, with Michael Fassbender brooding and smoldering alongside Mia Wasikowska.

IMHO the 2006 miniseries is far superior (not to mention criminally underrated). Toby Stephens imbues Mr. Rochester with equal amounts swagger and vulnerability, delivering a standout performance among a capable cast that includes Ruth Wilson in one of her first television roles.

Plus, the dialogue is far easier to understand than the 2011 version. Casual fans of historical drama, or even someone giving it a try for the first time, will appreciate BBC’s care with crafting a script that remains true to the source material without being overly dependent on nineteenth-century jargon.

Before Band of Brothers, before Billions, Damian Lewis was just another slick-haired bloke trying to make his wife fall in love with him.

I won’t reveal if he ever succeeds or not… but I will say that this miniseries is perfect for fans of family sagas. Get ready to witness a ripple-effect of consequences that spans multiple generations and alters the fate of more than one love affair.

Despite its stellar cast, Cranford doesn’t get a fraction of the accolades it deserves. Although it does veer into soap operatic territory occasionally, it mostly focuses on the quiet lives of the women of a small English village… and all the misfortunes, second chances and redemption that come with that.

And if you watch it, you’ll get to meet a cow named Betsy. I doubt you’ll ever forget her.

(This article was originally published on Medium.)

I’m a freelance writer whose interests lie in Old Hollywood, historical romance and all things cinema.

More stories from Lena Harlow and writers in Geeks and other communities.