by Michael Brockbank 16 days ago in pc

From the perspective of a freelancer and a father of teenagers, it has a lot of benefits. 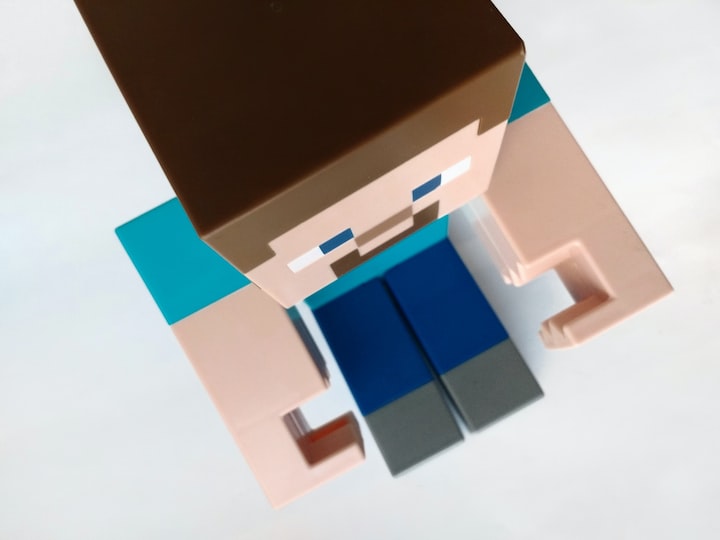 Photo by Nina PhotoLab on Unsplash

Almost a decade ago, my daughters roped me into playing Minecraft with them on the Xbox 360. Because I'm one of those parents who is easily talked into playing games and what-not, it didn't take much convincing.

I mean, for about five years, I walked around with painted toenails. And I can't count the number of tea parties I attended.

Here we are, about seven or eight years later and I'm still playing Minecraft with the girls. But, I've also found how helpful the game is on a personal level.

Whether it's building my own town from scratch or desperately not trying to get blown up by a Creeper in hardcore mode, it's definitely among my favorite games to play.

Now, to be clear, I play a lot of different types of games. I've put in nearly 500 hours in Fallout 4, months worth of time in Diablo 3, and recently jumped back into Plants vs Zombies and Bejeweled.

But for the most part, I am a builder. This is probably one of the biggest reasons why I have so much time in Fallout 4, Subnautica, and the Day Z mod Epoch from back in the day.

I love to construct bases and houses.

Minecraft gives you a lot of versatility when it comes to crafting. I've recreated almost every house I've lived in and have several sheets of graph paper detailing my next builds.

It's Relaxing After a Long Day

Although I work from home as a freelance writer, the amount of stress and mental fortitude that goes into what I do is exhausting. By the time five o'clock rolls around, I am done and just want to vegetate somewhere.

Minecraft lets me dive into a world specifically for me where I can relax and go fishing, add a new story onto the house, or simply explore the massive world in the Java Edition game.

Yes, there have been nights when all I would do is fish in my small pond for hours at a time.

The music alone is enough to help me unwind after an especially stressful day. Perhaps, in reality, this is one of the greatest benefits for me at this moment in life.

It's a great stress reliever.

Something to Do with the Kids

I love being a part of my kids' life. It's the reason I got into Minecraft in the first place. And as they get older, it's still one of our default games to play.

In fact, we stream Sky Factory 4 on Twitch once in a while. And my youngest got me into playing Pokemon on Minecraft in the Pixelmon mod a few weeks ago.

I'm just glad I have something in common with my kids. Especially now that they're getting old enough to play other games such as Diablo.

Don't get me wrong, we occasionally go out and do other stuff, such as hitting a few balls at TopGolf or walking around the nearby pond. My oldest and I are also into cake baking and decorating lately.

But the fun we have in games like Minecraft ranks pretty high on the coolness factor for me. Mostly because I've been a gamer my whole life, and having a similar interest helps create stronger bonds.

Lots of Mods to Explore

Another element that keeps my interest in Minecraft is the extensive list of mods. As I mentioned earlier, I'm a big fan of Sky Factory 4. But there is just so much you can do with the game in terms of modification.

From a serious standpoint, modding is probably one of the biggest driving factors behind Minecraft's popularity. Personally, I find it difficult to get bored with such an expansive game.

At any rate, I think it's pretty amazing what people can do with the game nowadays.

Any Way You Can Find Sanity is Beneficial

Finding a hobby or other method that can take your mind off of the world is a key to peace and tranquility. Especially when you start to get up there in the years.

Some people exercise, others paint or draw. I build castles and houses while fighting off imaginary zombies.

As long as you get something out of the experience, no one can really say you're doing it wrong. And Minecraft is just one of those games that help me unwind while cranking up the creative juices.

See all posts by Michael Brockbank →