Top 10 Most Epic Play-Station 2 Games of All Times

by Bakir Djulich 4 months ago in playstation
Report Story 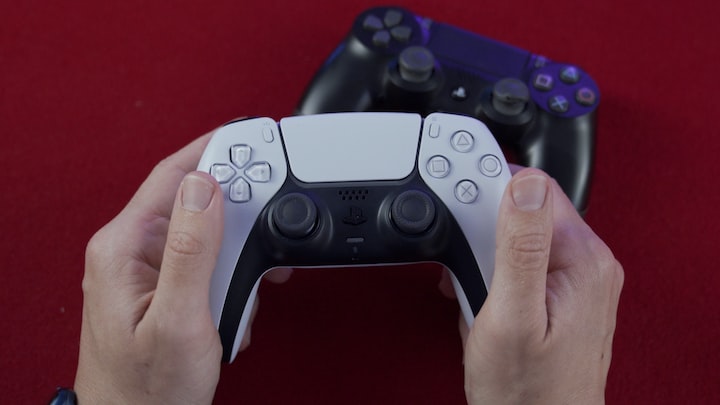 Photo by Onur Binay on Unsplash

The PlayStation 2 was released in Japan on March 4, 2000, and quickly became the most popular console of its generation. Despite being released nearly two years after the Nintendo 64, the Playstation 2's superior graphics and gaming library helped it outsell the competition. The console also benefited from a strong marketing campaign, which emphasized its ability to play DVDs and CDs. In addition, the Playstation 2 was backward compatible with games from the original PlayStation, giving it a vast library of titles to choose from. The PS2 would sell over 155 million units worldwide, making it the best-selling console of all time. PS2 is home to some of the most beloved games of all time, including "Final Fantasy X," "Resident Evil 4," "God of War," and more. But which PS2 games are the most epic? Here are my picks for the top 10 most epic PlayStation 2 games.

"Final Fantasy X" is a masterpiece of RPG gaming. It features an unforgettable story, lovable characters, and stunning visuals that were years ahead of its time. "Final Fantasy X" is an epic game in every word. The story follows the journey of Tidus, a young man who is transported to the world of Spira after his home city is destroyed by a massive creature known as Sin. In Spira, Tidus joins forces with the lovely Summoner Yuna on a quest to save the world from destruction. Along the way, they are joined by a diverse cast of characters with unique backstories and motivations. The game's visuals were groundbreaking at the time, and the scope and scale of the world were unlike anything that had been seen before in a video game. "Final Fantasy X" set a new standard for RPGs when it was released, and it remains one of the all-time greats.

"Resident Evil 4" is a true survival horror classic. Released in 2005, it redefined the genre, blending horror and action elements to create a tense and thrilling gaming experience. Featuring an all-star cast, including fan-favorite Leon S. Kennedy, "Resident Evil 4" follows Leon's mission to rescue the president's daughter from a sinister cult. Set in a remote village in Spain, the game is packed with an eerie atmosphere, jump scares, and intense action. Every encounter is a desperate battle for survival, and you never know what's around the next corner. With its twists and turns, "Resident Evil 4" is an epic game that will keep you on the edge of your seat from beginning to end.

"God of War" is an action-packed thrill ride from start to finish. It's packed with intense combat, gorgeous visuals, and an unforgettable story. The game follows the journey of Kratos, a Spartan warrior who seeks revenge against the Gods who have betrayed him. Along the way, Kratos will battle hordes of enemies, solve challenging puzzles, and discover the dark secrets of his past. "God of War" is an essential gaming experience that any fan of the genre shouldn't miss.

"Metal Gear Solid 2: Sons of Liberty" is a stealth action masterpiece that was ahead of its time when it was released on the Play Station 2 in 2001. The game features groundbreaking gameplay that allows players to utilize various stealth techniques to avoid detection and complete their objectives. The story is also unforgettable, following the journey of Solid Snake as he attempts to stop a terrorist group from launching a nuclear attack. However, the boss battles set "Metal Gear Solid 2" apart from other games in the genre. Each boss is unique and presents a different challenge, requiring players to think outside the box to defeat them. As a result, "Metal Gear Solid 2" is still considered one of the best stealth-action games ever.

"Kingdom Hearts" is a unique action RPG that combines the characters and worlds of Disney and Square Enix. It was released in 2002 and quickly became a fan favorite. The story follows Sora, a young boy transported to a strange world full of familiar faces. With Donald Duck and Goofy, Sora sets out on an adventure to save the world from the evil Heartless. They also visit iconic locations from both Disney and Final Fantasy games, including Wonderland, Atlantica, and Hollow Bastion. The combat is fast-paced and strategic, blending magic and melee attacks. And the characters are some of the most beloved in all of gaming. If you're looking for an unforgettable adventure, "Kingdom Hearts" is.

8. "Jak and Daxter: The Precursor Legacy."

"Silent Hill 2" is one of the most influential and acclaimed survival horror games of all time. Released in 2001, the game was praised for its terrifying gameplay, unsettling atmosphere, and memorable story. The game follows James Sunderland, who heads to the town of Silent Hill after receiving a letter from his deceased wife. However, all is not as it seems in Silent Hill, and James soon finds himself plunged into a nightmare world where the horrific monsters are only the beginning of his problems. "Silent Hill 2" is a survival horror game that features some of the most unforgettable moments in gaming history. If you're looking for a truly nightmarish experience, look no further than "Silent Hill 2".

ICO is one of the most unique and beautiful puzzle adventure games I've ever played. The game is set in a castle that's been abandoned for centuries, and your goal is to help a young boy named ICO escape. The whole game is one big puzzle, and you'll need to use your brain to figure out how to solve each one. The castle is full of dangers, and you'll need to be careful not to fall off the edge or get caught by the demonic guards. But the rewards are worth it; you'll feel satisfied when you finally solve each puzzle. ICO is an experience you won't soon forget, and I highly recommend it to anyone looking for a challenge.

These are my picks for the top 10 most epic PlayStation 2 games. What are your favorites? Let me know in the comments!

If you found this gaming article interesting, feel free to check out some of my most recent work for my video game marketing agencies that include: event marketing statistics and salesforce statistics in 2022.

More stories from Bakir Djulich and writers in Gamers and other communities.