The Virtual Reality of Childhood

by Jason Currie about a month ago in vr

Virtual Reality changed my life for the better. 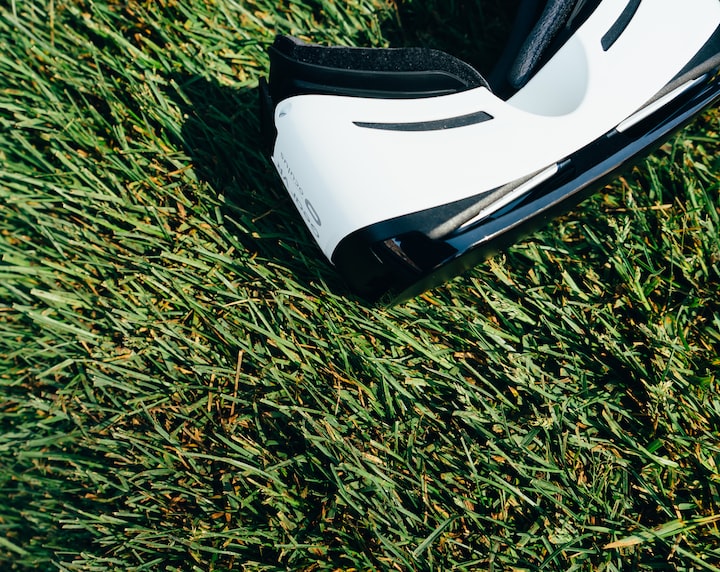 In early March of 2016, I started putting my change away. Cents here and there, dollars whenever I could afford it.

You see, I had been avidly tracking the development of the early Oculus prototypes, and was utterly enthused with the concept of Virtual Reality. What a futuristic concept. How...cyberpunk.

I was naïve and young, but also decidedly low-income, and earning most of my money from a pizza shop. When the Oculus proved modern VR was possible and a slew of competitors were announced - chief among them being the HTC Vive - I didn't have much hope of trying the newest technology.

The Vive launched with a price tag of over $1400 to ship to my country, and needed a fairly powerful rig to play. I had mostly accepted my fate of watching this new development grow from the sidelines, until I tried one myself.

It was at a gaming convention, and one of the rare moments an Oculus prototype entered the country. I had actually bought the ticket specifically to play the headset, although I had a good time otherwise.

After fifteen minutes of waiting in line, I got to spend five minutes playing a poorly-rendered, low-poly car prototype, where I drove around city streets and ran through buildings with no collision.

Conventional VR design knowledge would inform any convention host that a VR demo that features locomotion is a terrible idea, but the slight motion sickness from the juddering movement didn't seem to bother me.

I spent the five minutes with my jaw mostly agape, craning my neck as far up as it could go. I was in utter disbelief over the sense of scale, and the fake depth that my brain was tricked into believing.

The five minutes passed in seconds and I went away from that demo resolute that I would have that experience in my own living room. I would save up for the Vive.

My employment prospects didn't change much over those next few months, but my mindset definitely did. Like a child who is suddenly okay with no keeping any of the snack bar change, I cut every corner I could. I worked more shifts. I wrote more content.

Later in that year, when I was only just over half way, my birthday rolled around, and all I had to ask from my partner and family was - more money?

I eventually did scrounge the money together, and after scrounging even more accounting for unexpectedly high shipping fees, my Vive was on the way.

It was a rainy Saturday morning when I got the notification that my Vive had technically entered the country, and I was already on the phone to the not-so-local shipping depot.

Yes, after haggling with the unfortunate postal employees, and driving out over an hour to the depot, I dragged my Vive - through the rain - and into my car, feeling as close to how a child feels on Christmas morning.

The rest of that afternoon went as you would expect, and would be better detailed in an actual review of Virtual Reality as a technology.

My analysis today is geared a little more towards sentimentality. That vague, indescribable feeling of youthful innocence, of wanting something so badly, of being so moved by an experience, that you'd do anything to participate.

Gaming as an Adult

There's a bit of conventional wisdom that floats around relatively unchallenged. That you, as an adult, busy with work and relationships and personal projects, will eventually find less and less time for games. You will grow out of the hobby.

I've always had an issue with that analysis. Not a critical one, and not aimed at those expressing it - but it does subtly reinforce an idea that has been holding the medium back at large.

That games are for children. The pursuit of gaming is inherently childish.

I've always rejected the notion. As a self-important hipster writer that sometimes writes about games, the notion just often doesn't make sense to me.

I consume games in a similar way to how I consume books, or filmed media. I'm always looking for something new. Something that might give me a new perspective.

Despite this - the reality of the conventional wisdom had set in for me. Games, by-in-large, are manufactured products, not art, intended to maximize player retention. There are obvious exceptions, spaces were games as an artform thrives, but they can be genuinely hard to come across if you're already too busy for the games themselves.

So, gaming fell to the wayside. I kept up with reading and catching the newest movies, but I could never justify to myself investing so many hours into an experience that was giving me diminishing returns.

So, before late 2016, I would have hesitatingly agreed that gaming is a hobby that would be very difficult to pursue for the average person.

If you couldn't already decipher from my expertly-placed clues, that all changed when VR entered my life.

One thing I will never deny about VR, is that there is some immediate, but fading, novelty that people experience. The experience of virtual depth, of neat motion controls, of inducing primitive reactions from your brain for fun - that all does get old. Eventually.

Yet, here I am, pushing into my fourth year of owning VR equipment, and I'm still playing. In fact, since my Vive, I've purchased two additional headsets, and built a library of over 100 VR-exclusive titles.

It's frankly a little bit embarrassing. A lot of that money might have been better placed elsewhere, and I've definitely lost a book or two to the 3000+ hours I've spent in SteamVR.

I'm not ashamed, though. Like a child exploring video games for the first time ever, growing with the technology, learning from it, I'm undergoing something similar with VR.

VR isn't too dissimilar from those video games of old, either, both in their technological novelty, and growing industry.

See, no matter what age you are, something special about gaming is seeing how far it has come. Over the past three decades, video games have gone from primitive 3D approximations to high fidelity worlds that challenge the player both mentally and emotionally.

So too, does VR need to grow.

When I first started playing VR games, the landscape was almost entirely no-budget indie titles. Games that you wouldn't spend more than five minutes on, and games you wouldn't even consider if it wasn't for the novelty of the headset.

The most replayable games had strong core mechanics that allowed you to master them consistently. The long-term fun there was similar to something you'd feel playing the original Super Mario Bros.

So if you weren't into playing the same things over and over again - much like getting sick of the abundance of platformers from the 90's - VR didn't have much to offer you.

Then things started to change.

This brought some measure of fun, mindless shooting into the mix. It also, along with many other games, innovated on the budding multiplayer framework that VR had still to figure out.

VR finally had a title you could get your friends together and play into the night - and then it got better.

Much like how Quake and Half-Life spawned entirely new games from their modding tools, Pavlov followed in their steps.

The modding community of Pavlov was almost a perfect imitation, a condensed version, of the 90's-00's PC modding scene.

You had zombies. You had rat maps. You had surf and battle royale and roleplay and even a modern favorite - Trouble in Terrorist Town.

Each update paved the way closer to VR shooters resembling the content of their contemporary counterparts.

This effect was happening all throughout the industry.

Like how Pavlov innovated on multiplayer shooters, games like SURV1VE and Hotdogs, Horseshoes & Hand Grenades pushed the medium more and more into mechanical complexity.

Larger studios dipped their hands in the pool, and graphics were slowly improved. Saints & Sinners and Lone Echo proved that something approximating modern graphics were possible, then a single game took all of this together and more-or-less modernized the industry.

This, of course, would be Half-Life: Alyx.

Such a brief rundown of the history of VR does the industry injustice, but I hope it highlights what I'm attempting to illustrate - what we, as children, saw games undergo through their history, we are now seeing repeated in the VR space.

It's certainly not over, either. Half-Life: Alyx does not represent the end of VR potential, but rather the first full step forward.

Kid Me Would Be Jealous

So here I am, in my late twenties, entertaining the idea of saving up yet more money to afford yet another headset. Don't worry - I'm on a stable income now, and feel I could stay on the current generation of hardware for years still.

It's sort of the childhood fantasy when you grow up with games. To finally be able to afford any game you want. This is usually tinged with the bittersweet reality that there's not too much at offer in the modern gaming medium.

The brain of a child thrives on novel experiences. Something new for the brain to fire off a fresh synapse over. As a kid, with all the free time and curiosity in the world, you're going to seek out and engage in these experiences, endlessly.

VR has proven to me that this method of approaching life isn't just the best for young minds. The mature mind, too, grows and evolves with new experiences.

The budding medium of VR is a joyous thing to watch grow and thrive into something else. VR games are already firmly rooted in their own unique sort of play, where social experiences rain king and horror is the best way to motivate a player.

In the future, whatever massive step forward the gaming industry ends up taking - be it brain chips or a holodeck - I hope my children can grow up to rediscover a passion for technology, just like I did.

Copywriter by trade. Hobbyist creative writer. Weird lizard man. Analyzing a little bit of everything, with lots of rambling.

Receive stories by Jason Currie in your feed
Jason Currie
Read next: 'Halo': A Tragic Masterpiece in Gaming