by William Jenkins 17 days ago in playstation 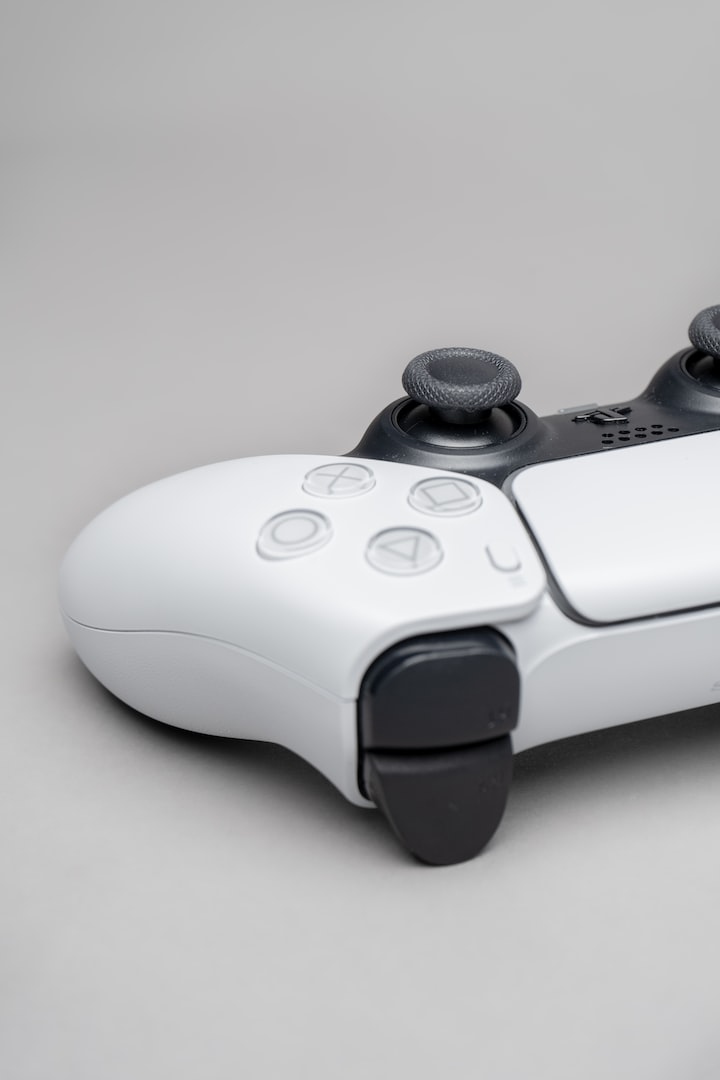 Photo by Krzysztof Hepner on Unsplash

Sony's PlayStation consoles have been in some of our lives since 1995, at least in the U.S. With its rich history of exclusive games, to the sleek design of the consoles, and most memorable moments in gaming, this review will be on the latest PS5 controller design. This is a critique of the design only, not how it functions as a controller.

Sony decided to try something new, breaking away from traditional solid color console/controller at launch. As you can see from the photo above, the majority of the controller is white, except for the lower middle part, stretching down the inner side of the handles. viewing this design for months now, with my unbiased opinion, this isn't a good look for the controller. Seeing what Sony was going for, trying to match the color scheme with the console and give it a futuristic look. They missed the mark on this design, for example, look at the PS4 white controller below.

The controller is completely white allowing the black buttons to pop. it even has their signature four colorful shape buttons to the right. The shape is shaper, compared to the slighted rounded out curves of the PS5 controller. This would have been a better color scheme for the PS5 launch controller. Now back to PS5 controller, they decided to go with clear buttons on white background, not even having the traditional red, blue, green, & pink buttons. This design gives off a Nintendo wii controller vibes.

The wii remote works because the controller is all white, with grey symbol buttons, and one clear button in the middle. Nintendo wasn't trying to mix colors together. Most of their console remotes have been solid colors, from super Nintendo to the wii u. having a solid colored remote with colorful buttons allows the player to memorize the button combos better. If they need to look down at the remote at all. Plus, Nintendo is known for constantly changing up their color designs. Along with the overall shapes and sizes, making each Nintendo product standout on their own as a work of art. Until now, Sony has only changed the color once, from light grey from PS1 to black for PS 2, 3, and 4. Yes, Sony has released special edition consoles and controllers, but I'm talking about the standard consoles/controllers. when someone mentions PlayStation, what are the first colors that come to mind ? For some, it would be black and blue, like Xbox would be black and green. here is an alternative example of what the official PS5 controller could have looked like.

As mentioned before, a solid colored controller will work, whether it's all white, black , blue, green, purple, red, ects. This design brings back the nostalgia, with the traditional colored buttons, to the original PlayStation color logo in the lower middle. This makes the controller pop, it catches the eye, compared to the official controller. From a design scale of 1-10, the official PS5 controller gets a 6 out of 10. This is my honest critique of the PS5 controller, if you love the design, great ! you got what you wanted, if you were able to get your hands on a PS5..........

When they come out with PS5 slim and PS5 pro, we will see if they give the costumers options. Until then, best of luck on getting a PS5, if you already got one, congratulations ! please don't rub it in.......... Nevertheless, this has been my unbiased critique of the PS5 controller. Be kind to yourselves, these are trying times right now, do what you need to maintain your sanity. Self care can come in many shapes, forms, and activities. That includes playing your favorite video games, escaping reality for a couple of hours. Maybe this article influences you to go down memory lane, taking out the previous consoles, known as PlayStation.