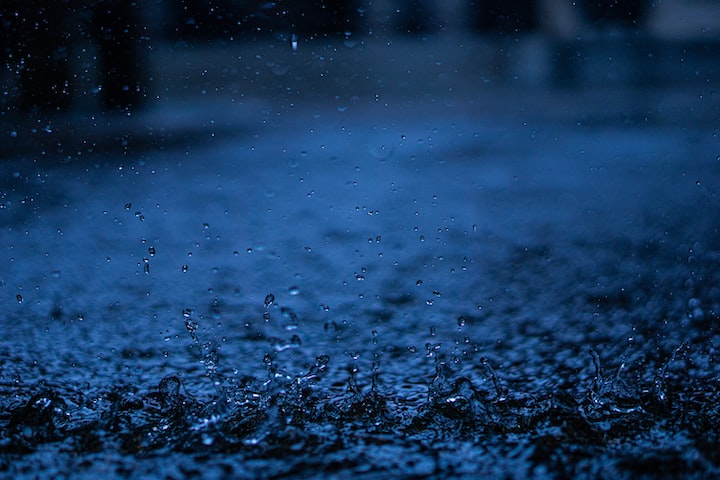 Photo by natsuki on Unsplash

I love indie horror in every medium. I've played a lot of indie horror games and watched "let's play"s of many more. I'm also an aspiring mortician, sort of. It's complicated. BUT! When a demo for a game titled "The Mortuary Assistant" hit the Internet, my interest was piqued. I expected jump scares, and I expected trauma. I even expected janky animations and dramatic voice acting. What did pleasantly surprise me was how game developer, DarkStone Digital, would use these conventions of the genre to inform every angle of their story.

I watched YouTuber, jacksepticeye, play the demo version of the game months ago and was immediately drawn to the "work simulator" aspect of the gameplay. The work simulation genre has been popular in short form indie horror games lately, but they usually center around more familiar routines. Convenience stores and restaurants, especially, are common because they're universally understood and operate in plain sight. Going behind the scenes to the embalming room is somewhat uncharted territory. Plenty of horror games have a "morgue level" featuring cold storage, but I can't say I've seen any include eye caps and trocars.

The game has received a full release on Steam, and I watched a full playthrough by my favorite indie horror let's-player, ManlyBadassHero. As protagonist, Rebecca Owens, you perform a simplified version of a realistic embalming routine. I'll spare the visceral details, but you prepare the body, take note of distinguishing marks, and file paperwork. It's a lot more "normal" than the average person expects mortuary life to be, until the story kicks in. Cue the spooks: objects hit the floor, windows and doors slam, and, you know it's coming, the corpses move. Just in case the poltergeist happenings aren't enough for you, there are several apparitions lying in wait to jump-scare the player, too.

Most of the scares in "The Mortuary Assistant" rely on snappy animation. The vast majority of indie horror games have character models and animations that are rudimentary at best. That's not a bad thing, necessarily; you don't need AAA graphics to tell a good story and craft a fun experience. Oftentimes the "jank" is even part of the charm of a horror title, and the audience understands that smooth animation takes a lot of time, practice and money that indie devs may not have. You know what isn't hard to animate? A ghost whose limbs instantly snap to odd angles and who can close the distance in the blink of an eye. And goddamn, this game nails it. Almost every scare landed for me because of the sheer shock of the quick movements. And hey, the ghosts look pretty good too! I'll be checking behind corners for the Mimic for a few weeks.

Let's talk about the story a little. Rebecca has just finished up her mortuary sciences program and is in the final steps of securing an internship a with veteran embalmer, Raymond Delver. When Rebecca arrives to handle the night shift, Raymond locks her in and begins to give her instructions, over the phone and through recorded tapes, on how to banish the demon attached to her before it possesses her. Yeah, you probably could have seen that coming. Thankfully, that's not all the game has to offer. As Rebecca prepares bodies and works to thwart the demon, said demon uses her past to torment her. Through artfully creepy and disjointed scenes, the player slowly learns about what in Rebecca's life has brought her to this point. It's pretty heavy, to be honest, but you don't get so deep into indie horror without learning to bear a weighty story.

What helps this demonic ritual-flavored work simulator succeed are its writing and voice acting. "The Mortuary Assistant" has five endings, and unlike many modern indie games, each playthrough is unique and builds on the previous nights. Each shift, Rebecca learns a little more about the demon, about Raymond, and about herself. The bodies are different every time (they may be randomly generated, I'm not sure) and new events and scares are triggered. I especially loved the ending of each night. When Rebecca chooses a body to cremate in the retort, the same climactic scene plays out and you're initially not sure if you were successful. What comes next is a conversation with Raymond (and, eventually, someone else), the content of which confirms which ending you've achieved.

These finale moments really sell the characters. Horror media can go so many directions: campy, silly, serious, trying to be serious but failing spectacularly, etc. I think the word I would use to describe these scenes is "sober". The dialog is natural, the delivery is just right, and you can feel exactly where these characters are coming from. Demons and rituals and jump-scares (oh my!) ask you to suspend a lot of disbelief. These endings are so grounded, they feel like a reward for choosing to stay for the entire ride. Kudos to the writers, actors, and director. You made me feel some things from your spooky game.

So, where are the downsides? Well, with five complete playthroughs to uncover the entire story, that work simulation gameplay becomes a bit of a slog. Rebecca's checklist of tasks for each body is pretty lengthy, and she has to do three bodies per night. Realistic, maybe, but after the third or fourth night it starts to lose its charm. The non-spooky animations are a bit odd. The game has some bugs; I saw a spectacular graphical glitch in Manly's video where Rebecca's seated, headless model glided horizontally out of the driver's seat of her car. Several people have encountered a bug where the sigils needed to name the demon fail to spawn. I suspect that one is tied to loading saves and hopefully it gets patched. Finally, the story isn't perfect. You've seen most of these horror tropes before, and the lore behind the ritual may seem a little bloated. I have to admit, when Rebecca found Raymond's little "office" with the obligatory exposition-dump in the format of a journal, I zoned out for a bit. But honestly, I think the endings are so strong that those familiar little indie game moments don't drag it down.

I want to close by saying this may be my favorite indie horror game of the year so far. There's a lot of love baked into this game, and it shows. It has a distinct personality and an excellent gameplay premise. It's doing something different without coming across as "weird". Also, I just plain love seeing the independent side of the mortuary and funeral industry getting some attention. (Hey, also, if you're into this kinda thing, go watch "The Autopsy of Jane Doe".) The sight of that cold storage gives me the warm fuzzies. Is that weird?

"The Mortuary Assistant" is currently $22.49 on Steam, and a free demo is available. Please consider supporting DarkStone Digital and other indie devs with your dollars. Peace!

How do I write a bio that doesn't look like a dating profile? Anyway, my cat is my daughter, I crochet and cross stitch, and I can't ride a bike. Come take a peek in my brain-space, please and thanks.

More stories from Rebekah Conard and writers in Gamers and other communities.