The CIA Monitors and Analyzes My Bejeweled Gaming Activity

... and now I can never visit Russia. 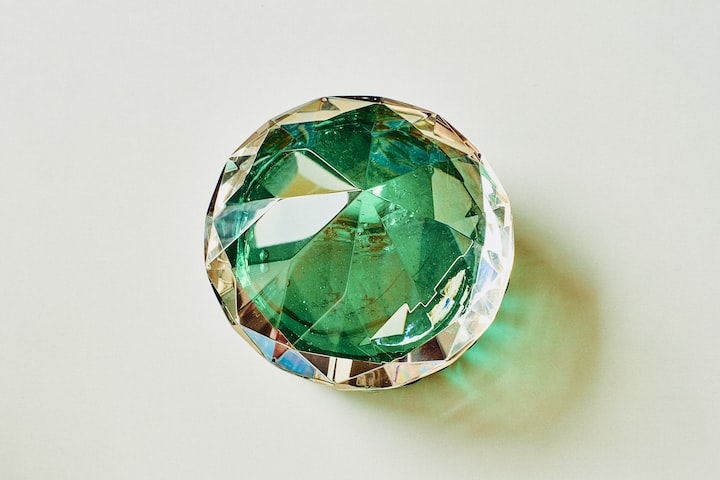 I always suspected they were watching, as my frequent and fevered Bejeweled Blitz sessions routinely push the expected limits of gem-chasing intensity. Where newbie and casually mainstream players swipe at painfully obvious three-tile matches, aimlessly passing the hours of their simple lives, CIA analysis of my historic (and continuing) gameplay clearly demonstrates an uncanny propensity for setting up powerful three-plus-gem matches, exploding the board into impossibly endless cascades and prompting unparalleled, nonstop deep-voiced adulation from the game’s narrator.

Oh sure, other noteworthy (and even “great”) players exist, as I’ve been told (albeit indirectly) via none other than Dr. Gino Buscar, the National Director of the CIA’s puzzle-game monitoring arm (a secretive initiative known as the GENIUS program — “Gamers Exhibiting Noteworthy Intelligence (and) Unbelievable Strategies”). Twenty-four-seven-three-sixty-five, GENIUS surveils the far reaches of the cyberverse, deep-analyzing game play worldwide, searching for the next Rain Man-like savant, ostensibly as a matter of national security.

Perhaps once per year (if it’s a good year), an anomalous gamer will send the CIA’s algorithms into red-alert mode, tipping them off about the existence of a lightning-fast thinker who may well be nuking those delicious gems purely for the adrenaline rush (or dominating online Sudoku boards as though they were child’s play, or casually hyper-tapping Tetris grids to max-out scores), but who nonetheless merits an in-person visit to ensure that the wicked intellect on the other side of the game screen (1) is one of the good guys, and (2) has no dangerous intentions.

Let’s just say that’s how I first met my handler, who we’ll call “Jennifer Garner” in this narrative. (Sorry, I can’t get into too many specifics here; while Dr. Buscar is a known public figure, Jennifer Garner is an active field agent. So, I’m obligated to use an Alias.)

As the story goes, Jennifer Garner had carried my dossier into Buscar’s office at Langley. “I’ve got a new one for your little black book!” she’d announced, referring to the Moleskine he keeps in a top-clearance biometric-access safe mounted to his desk’s undercarriage. (It’s reputed, by the way, that the CIA’s intentional selection of Italian-owned Moleskine for this purpose over, say, an American-made luxury notebook knock-off — if such a thing even technically exists — harkens back to the original Italian Renaissance Man archetype, Leonardo DaVinci.)

“Unexpected, but interesting,” he’d said, as he usually did upon a new discovery. As always, it was a thing to savor. “Lemme guess: A new blindfolded chess prodigy unearthed on chess.com during the current surge in the game’s popularity brought on by Netflix’s breakout success with The Queen’s Gambit?”

“Unfortunately, no,” Garner had said, adding, “but we’re watching the digital woodpushers, as always.”

“Well, then,” he’d quipped, “how about an old-school European boomer — a professor-type — swept up into a never-imagined fever of unprecedented mathematical enlightenment via an iPhone-based rendering of Minesweeper?”

“Not even close,” she’d said. “And, according to his IP, our mark appears to be American.”

“A relief to hear,” he’d said, admittedly too overwhelmed to hazard another guess pulled from the mind-boggling range of possibilities out there — millions of games and hundreds of millions of gamers spread out across iOS, Android, PlayStation, Xbox, Nintendo, and any other of the thousands of connected devices and platforms under the program’s purview since at least the late aughts.

That’s when she’d shown him my dossier. “Check out this data set from PopCap,” she’d said, dropping stacks of annotated screengrabs and highlighted analytics printouts onto his desk, nearly toppling his Blackberry Cobbler Frappuccino (a favorite from the Starbucks Secret Menu). “I flew to Seattle personally to witness a real-time re-enactment. This guy’s performance metrics are off the charts. PopCap had to redesign their entire database schema to accommodate the digits our man is sending into their servers on a damn-near daily basis. I mean, look at the guy’s Flaming Gem numbers alone! And he plays with the hints turned off!”

“Sweet jillickers, this data’s stratospheric!” he’d said (a bizarre exclamation that I’m told was far out of character, as Buscar’s apparently known for his near solemnity when it comes to matters of national security, usually adhering to a kind of deadpan, sober steadfastness that the Agency considers essential to a position under which real lives may be at stake from time to time). A little levity guessing at games and platforms was one thing, but seeing my Bejeweled numbers had clearly set the man on edge.

“Listen, Garner,” he’d told her straightaway, “I want you on the next plane to Portland. Standard option, you understand?”

She’d nodded and left as he grabbed the Moleskine and began the too-rare ritual of blackening a new page — this time with the details of my Bejeweled dominance. (Garner later told me that Buscar wrote a quote from Robert Ludlum’s The Icarus Agenda atop my page in the Moleskine: “The most precious jewels are not made of stone, but of flesh.” I’ll have to disagree with Ludlum, of course, but will accept the compliment. Ludlum died in 2001, by the way, the same year Bejeweled debuted. Coincidence? You decide. But, for now, back to my story...)

Like you or anyone else reading this, I had no idea what the “standard option” referred to when my new handler, Jennifer Garner, relayed the above tale to me. I’ve since learned, though, that the CIA approaches people (or at least gamers) in the same way that Hollywood approaches novels. Brilliance, it turns out, can be “optioned.”

You know how it is: You’re a writer, you write a book, someone in La-La-Land takes a shine to it, and they give you a little dough. It doesn’t mean they own the book or even the film rights. It just means that they might buy it from you at some point.

Well, I’m no writer. I’m just a random citizen — just a guy going about his daily business, albeit a guy who particularly excels at shattering mad racks of green, yellow, blue, white, orange, and red jewels. It’s not even a competitive interest for me, and nor am I hooked on so-called “rare gems.” You can keep your Moonstones and Kanga Rubies and Blazing Steeds. Just give me an unending cascade of the usual treasures and I’m jake.

I will say this, though: It was uber-cool to be optioned, and a complete surprise. Well, the money was a surprise — not the monitoring, which I explained to Jennifer Garner that I’d always suspected (especially in the post-Snowden years) given my clear command of the game, which should have tipped off any decent surveillance agency long ago that my superior skills should be continually observed and studied by academics. In many ways, I believe I’m probably doing the world a favor by gaming, you know? Just imagine what’ll be learned once MIT logicians and Fields Medal winners have a chance to truly grok all I’ve done on the gem boards!

During the meeting, Jennifer Garner handed me a sweet surprise check for $20,000. And all I had to do was provide her my assurance that, if I ever visit any of a handful of countries in the next few years (Russia, China, blah, blah, blah), someone from the State Department must approve it (and accompany me). So, I’ll likely never see Red Square and Saint Basil’s cathedral. But, it seemed a fair trade-off to me, especially as she said the CIA would likely renew my option periodically as long as I’m actively gaming (which I will be!).

And, as they say, that’s my tale. Wish I could stay and talk shop some more, but I’ve got glorious glimmering gems to smash now, as I expect we all do.

✍🏻 Jim Dee maintains three blogs, publishes nonfiction and fiction all over the web, and writes books. His latest novel, the literary-comedic adventure “CHROO,” is a guaranteed joyride. Connect at JPDbooks.com.

Writer from Portland and St. Louis. (Fairly new to Vocal, but well established elsewhere.) My author site is JPDbooks.com. If you're into comedic-literary adventures, be sure to check out my latest novel, "CHROO," available on Amazon!

More stories from Jim Dee and writers in Gamers and other communities.