by Aaron Dennis 10 months ago in playstation

Suikoden Tactics is a strategy game, or sometimes called a tactical rpg, for the PS2. Being developed and published by Konami, you know it’s gotta be worth playing… but we’ll get to that.

The protagonist is Kyril, a young man investigating strange weapons called, rune cannons. These magical artifacts can even transform people into monsters, and Kyril ventures off with his friends; Andarc, a wizard, and Seneca, an archer. They intend to find out how rune cannons work, and if their transformative powers can be reversed.

Throughout their journey, they learn that the once mighty Kooluk Empire, defeated by the Island Nations, is rebuilding, and they’re using rune cannons. Naturally, they join forces with many warriors from the Island Nations, but during their battles in Kooluk Territory, they find new friends who don’t wish to see the two countries going to war again. The real danger, though, is a mysterious man called Iskas, who is trying to control the world by using rune cannons. 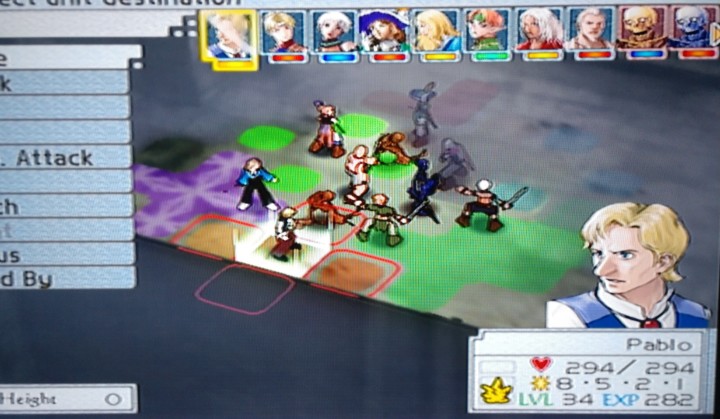 The game play is this game’s best feature. The music is good, but not great. The voice acting is decent. The story is charming if a little simple, but there are plenty of side quests to do. You can even take trips through treacherous dungeons just to look for treasure.

The characters are all pretty cool, too, but like every Suikoden game, there’s a handful that you just can’t use, because they will die; they just give you shitty characters that no matter what level they reach, or what equipment they have, they just suck.

Now, in the Suikoden series, you always try to collect 108 characters, which represent the 108 stars of Destiny from the classical Chinese novel Shui Hu Zhuan, whose title is rendered as Suikoden in Japanese, but there are fewer than 108 characters in Suikoden Tactics, so recruiting everyone isn’t so complicated as it has been in the previous games.

That said; I managed to invest about 140 hours throughout two runs. I love it when games provide us a “new game+” feature, so I just play the game through once, enjoying it for what it is, and on the second play through, I use a walkthrough in order find everything the game has to offer.

The graphics and animation are quite awful. I mean, this is a PS2 game released in 2005! Compare it to FFTactics on PS1 released in 1998! 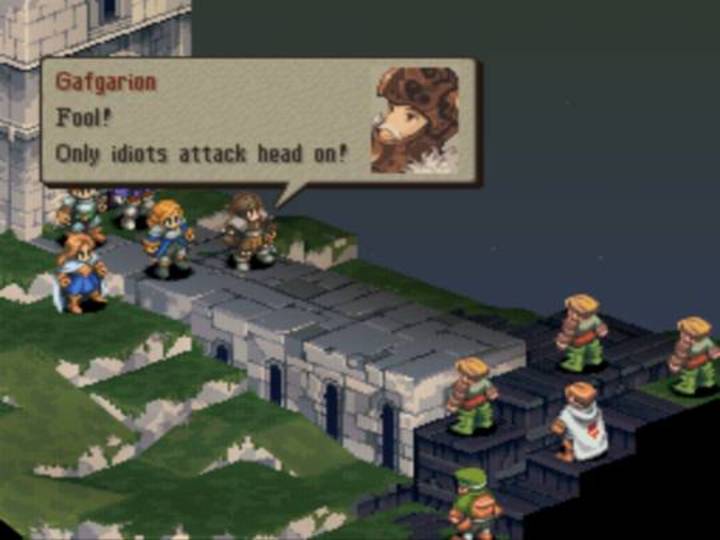 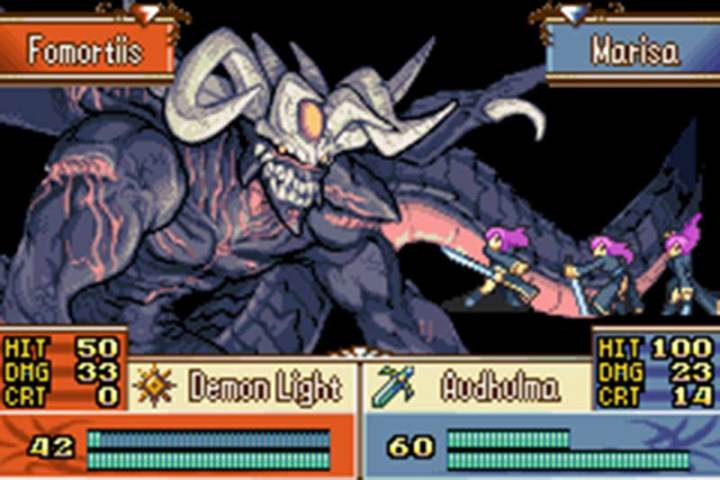 Fortunately, you get past the graphics real quick. As I mentioned, the game play is great, so you’ll soldier through numerous stages before suddenly realizing you have a ton of characters whose portraits look really cool, and obviously you want to use them, but they suck, and they die, and they don’t come back, and you need every character alive by the end to see the “true ending.” To resolve this, you basically have to abstain from using certain characters. I use them sparingly in the Obel Ruins, but I have had to restart a level plenty of times, because Reinhold just can’t defend himself.

Now, I want to go back to Fire Emblem real quick. In that game, when a character dies, they are dead, with very few exceptions. For instance, in Path of Radiance, if Soren dies, he’s just “wounded,” because he is a major part of the story line, but he can never be brought back into battle. That’s fine. I have no complaints.

In Suikoden Tactics, there are about a dozen characters that can’t die because of the same reason, so when their hit points reach zero, they “withdraw” from battle, and can be used again, however, the other non-essential characters can withdraw, but usually they just die. Some of them, for me, are notorious for always dying, like Reinhold and Roget; I think it’s the inconsistency that really bugs me.

Thanks for reading, and be sure to check out my other reviews!