by Ethan H. Gaines 2 years ago in art
Report Story

What gaming taught me about storytelling 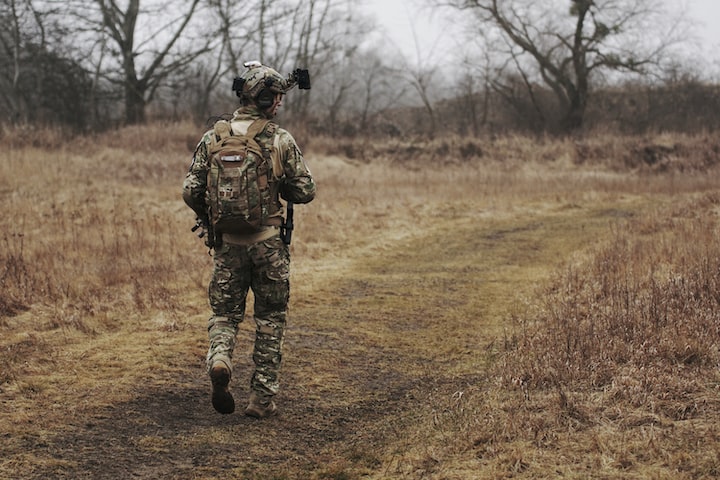 From this day, I can remember what game it was that ignited my love of gaming. It was Medal of Honor: Frontline on the original Xbox console. That was the stuff, man. I was excited to play that game for the sole reason of the era. I'm a World War II nut, and have an epic trilogy planned for the era. But I digress.

Here are the three storytelling principles I learned from gaming:

Sure, a modern audience wont find the 1940s relevant, but what I've noticed in quality video game storytelling, is that they give you something to engage with. The cuts between missions gives the audience something to engage them, even if they know nothing of the Normandy invasions or geopolitics, they understand characters. Why? They interact and engage with characters everyday with coworkers, classmates, family, or the random encounters throughout the day. Even if the situation isn't relevant, the engaging aspect is the characters and the situation they are put into.

For example, when I played Call of Duty: Modern Warfare 3, I struggled to emotionally overcome Soap's death. The character of Soap made me care about him and effected me when he died. The relevancy of the times comes with the engaging characters.

You may be able to tell at this point that I'm big into character. For me that's what drives the best stories. I can be watching a show that's not very well-written, but if the characters are engaging then it's worth the watch to me. But we're talking about video games here.

Let's take Brother's in Arms, for instance (I love WWII-themed games). Granted I only played Hell's Highway, but what I loved about the game was that it had depth to the characters and had backstories that explained their present decisions and circumstances. Even in the new Call of Duty: WWII (which I play when I'm at my father's), the main character has a reoccurring nightmare that we catch a glimpse of before the assault of Marigny. In Men of Valor, the group of Marines in Vietnam demonstrate a good deal of humanity, and the letters from the protagonist's family (primarily his father) demonstrate another aspect of humanity.

The success of a good story lies in its process. A story has a beginning and an end, and the goal is to get the audience to the end. This is done by the space between the goalposts: the process. A series of actions taken to achieve a particular end. What's the end?

In Medal of Honor, the end was to recover your battle buddy. It was a retelling of the actual Battle of Takur Ghar (Afghanistan) in 2003. It wasn't completely accurate, but it's fiction so we'll let it pass. In the game, you had engaged with enemy combatants and saw the command side of things at Bagram Airfield, all while seeing the interactions with some of the teammates of both Delta Force and SEAL Team Six. The story generated events that led to a certain point that might lead someone to feel engaged enough to want to see how the story ends.

It even led to a cliffhanger that sometimes works. In this case, it did not.

If you finish a video game and you take a sigh of accomplishment or feel discouraged because it's over, the process did what it's supposed to do.

I drink and I write things. Historical fiction is my jam, journalism my interest, and I am building an independent press based in Montana.

More stories from Ethan H. Gaines and writers in Gamers and other communities.