Playing With My Big Black Deck

How The Steam Deck Became My Go-To Device 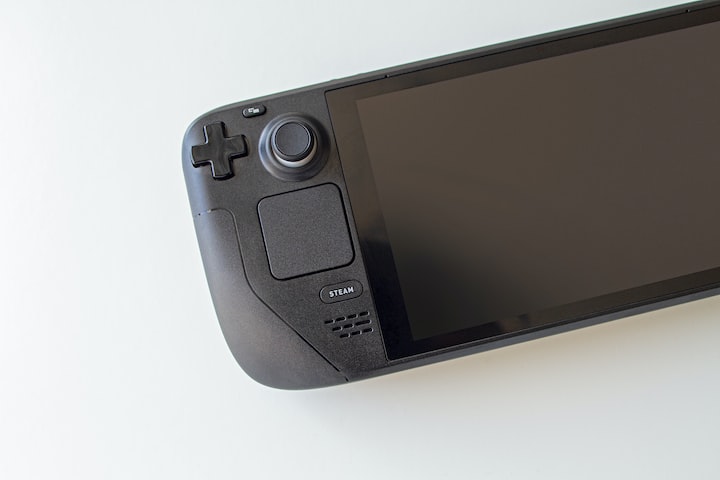 Photo by Edgar Almeida on Unsplash

In case you didn’t know, I’m a gamer.

I’ve been playing video games since my dad brought home the original Playstation in the 90s. This was followed by a Sega Genesis and my Gameboy Color.

I think they got me the other consoles because my dad just wanted his TV back. He could only watch Crash Bandicoot fall to his death so many times before he took the controller away and told me to try again later.

I currently own an Xbox 360, a PS4 Pro, a Ps5, a Nintendo Switch OLED, a Super Nintendo, my original Gameboy Color, a Gameboy SP, and now a Valve Steam Deck.

The Steam Deck is the only device that I will need from now on.

What’s That Big Bulge In Your Pants?

Oh, that? That’s just my big black deck. I was trying to see if it would fit in my pants pocket but it’s too big.

Seriously though, the Steam Deck is HUGE!

If you don’t keep up with the latest trends in the gaming industry, the Steam Deck is a handheld gaming system created by Valve. It’s much more than just a handheld though, it’s also a personal computer.

Imagine a PC and a Nintendo Switch going out to dinner. They have a few too many drinks and one thing leads to another. A few months later, The PC gets a call from the Nintendo Switch. She’s pregnant. Seven months later the Steam Deck is born.

That’s essentially what a Steam Deck is. I have all the portability of the Nintendo Switch with the power of a PC at my fingertips.

I wasn’t A PC Gamer Until Now

The only PC games I played growing up were on a Windows 98 desktop. I still remember the boot music that seemed to take all day. I played the classics on it like Zoo Tycoon, Roller Coaster Tycoon, The Oregon Trail, and Minesweeper for hours.

Over time, I became a console gamer. Technically my first console experience was an Atari my grandparents had. I remember that damn Smurf music. It still haunts me.

When my dad brought home the original Playstation, my PC might as well have been chucked in the trash. I would watch my dad play Final Fantasy VII and cheer him on during boss battles. My brother and I would fight over whose turn it was after he was done.

When my parents got divorced I received an Xbox for Christmas. I’m not sure if it was because they felt guilty about the divorce but it sure did keep my mind off of things. This was the console I would play my first shooter, Halo: Combat Evolved.

I would continue to be a console gamer up until recently.

When I received the Steam Deck everything changed.

I pre-ordered my Steam Deck in November of 2021. I received it in August of 2022. After almost a year of waiting and constantly checking the steam deck subreddit, I received my order confirmation email from Valve. A week later, the FedEx truck showed up outside my house and I tripped out the door running to greet the delivery man.

After having the Steam Deck for a few months, I can tell you that it’s my go-to device. I can now play my games while on the golden throne and it’s a magical experience.

One of the first things I did was link my Steam Deck to my PS5 so I could stream games off of it while taking a shit. There’s nothing like being able to kill zombies while having the endorphin rush from taking a massive dump.

I didn’t have very many steam games so I made a wishlist of games that I eventually want to play. I plan on buying some of them the next time steam has a sale. I did have a few classics like Stardew Valley and Farming Simulator 19. I downloaded those onto my device and got into the next task I wanted to accomplish.

Emulation On The Steam Deck

Emulation on the Steam Deck is badass.

In my experience, yes.

I did run into a snag with my DS emulator. The game wouldn’t boot up after I saved it in-game. After some help from a fellow Reddit member and a quick BIOS download, I was back to gaming.

If you plan to emulate retro games on the Steam Deck just know that you will have to tinker a little bit to get some things to work. I still run into some problems now and then but I like tinkering and fixing them. It makes me feel like a hacker.

I Love My Steam Deck

I LOVE this thing.

It’s brought me so much joy and happiness. Being able to replay games I played in my childhood is amazing. The only time I pick up my Nintendo Switch now is when my girlfriend Julie wants to get beat at Mario Kart 8.

It’s changed the way I approach my games. Instead of being tied to my living room, I can now take it with me wherever I go. It makes those times when I’m in a waiting room fly by.

I can also plug it into a TV with the help of a USB-C dongle and play it like my Nintendo Switch. I can connect any controller I have to it and have that console experience that I grew to love. I can also plug in a mouse and keyboard and use it as a computer to work if I need to.

If you are a console gamer that is looking to get into PC gaming because you want flexibility but you don’t want to spend a lot of money on a high-end gaming PC, the Steam Deck is what you are looking for.

You can even change the boot screen movie on the Steam Deck. I currently have a Futurama-themed one installed on mine!

If you like to tinker and are in the market for a gaming PC then look no further than the Steam Deck.

Join me in gaming while taking a shit.

You will be glad you did.

More stories from Rusty Shackleford and writers in Gamers and other communities.