by Carl Murray 2 years ago in real time strategy

This is a small review for the Paradox strategy game, 'Hearts of Iron IV'.

So you've most likely won the Second World War on other games like Call of Duty and Medal of Honor as a Run N' Gun soldier without a care in the world. However, those games don't paint the picture of how it was actually won: with strategy, logistics, and painful-time consuming planning.

Hearts of Iron IV is a Grand Strategy game that perfectly captures the feeling of commanding an entire nation through thick and thin, whether you plan for World Dominance or stopping the Axis powers from engulfing Europe. Instead of playing as a soldier on the ground, you take control of the Army, Navy, and Air Force, carefully planning the way that you will defeat your enemy, attempting to put yourself on top of the food chain.

Yet, this game also goes past controlling your armies, fleets, and air forces. You, the player, control the nation's research, recruitment diplomacy with other countries, and most importantly: production, not just for a small military base, but for the ENTIRE army. Yes, you have to choose what to arm your soldiers with, what tank commanders charge into battle, and what pilots soar through the skies with. As the game progresses, you have to choose what to research, whether you will prioritize Industry or the Military, with new equipment being available every couple of years (You can choose to research ahead of time—but you will gain a penalty for doing so). Iconic equipment such as the T-34, Tiger I, M4 Sherman are all available to be used by their home nation.

Tiger I on the Plains of Africa 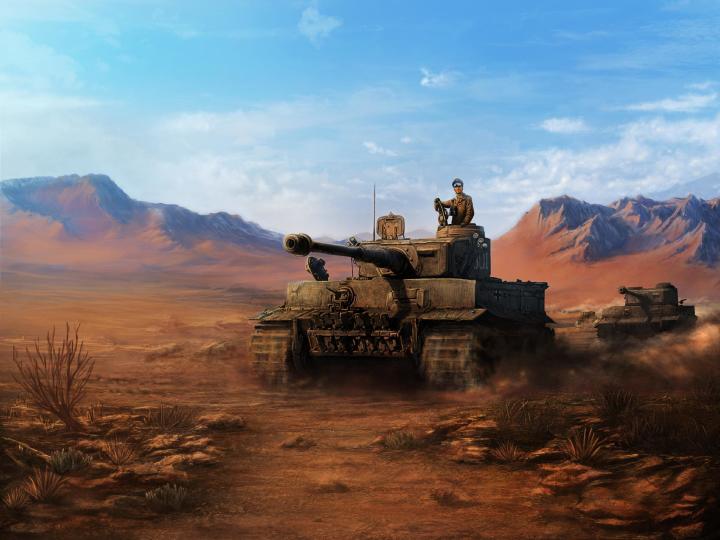 Yet this is just the start of what you can do. In HoI 4, you are able to handle the diplomacy between other nations, the trade of Raw Materials that are vital for the production of equipment that you need to supply your armies with, and the design of division templates. With this, you can add Support Companies, Tanks, Artillery, and Special Forces in order to create the best divisions in order to suit your tactics for defeating the enemy.

Now, with all this, you're most likely thinking that Hearts of Iron IV is a hard game to learn, yet if you are willing to put in a few hours and maybe watch a few tutorials from the community, then you will be able to pick up the ways in no time. However, I personally found that the Navy and Aerial aspects of the game were the hardest to pick up. The UI can also be a thorn in your side if you are unable to distinguish between the different buttons. This can be combated with the use of mods that give each section their own unique colour.

As we are on the topic of mods, we might as well talk about the biggest ones. Kaiserreich is an awesome alternate history mod that asks the question that many historians have asked before: What If Germany Won WW1? This mod goes into the tiny details of each country and the timeline that took place for Germany to be able to succeed. In this mod, you will be able to explore the expelled Royal Family to Canada, with Britain falling to Communism, or the Second American Civil War that fires between four possible different factions within the US. 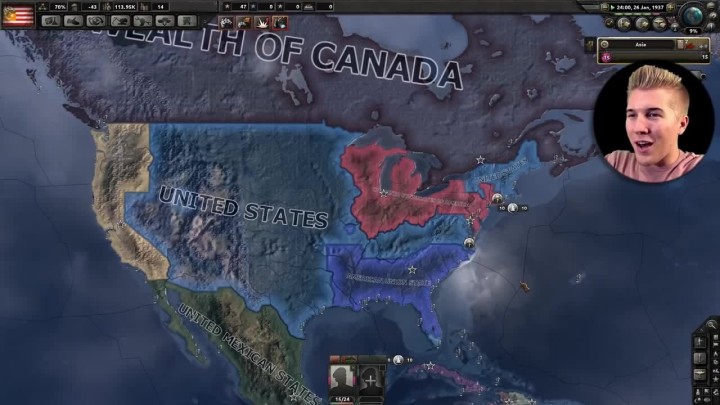 America Embroiled in Its Civil War. Image from @DrewDurnil

While this is quite a serious and quite realistic mod, the HoI 4 community also has a lighter side, with mods like What If Tesco Won WW1 (for all you Yanks, Tesco is a British shopping chain). This mod depicts a rising in South Eastern England from Tesco. Thankfully, it's a democratic regime.

Literally the Dumbest Mod Ever 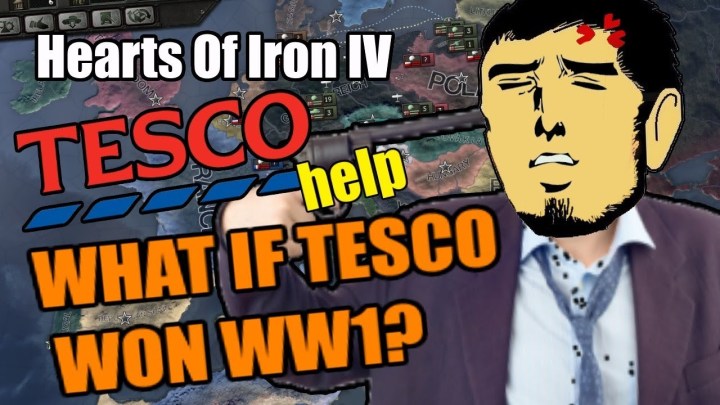 Since I've included two images from the YoutTube community for this game, it's only right that I talk about the community as a whole; ISorrowsProductions, Drew Durnil, and Alex The Rambler and the Holy Trinity for the community, with these three being my personal favourites of the game. However, there are loads more, with the Rimmy, FeedBackGaming, Taureor, CalmDownLevelUp, Boekan1, and k0noa also being great providers of hours upon hours of great gameplay.

These YouTubers often host community events on Twitch for their fans to play with them. This is a great chance to learn the game while having fun meming with Bob Semple Tanks from Australia.

This community is, however, comparable to CS:GO—with it being quite hostile, yet this is all for fun. No matter how much you are being screamed at for leaving your ports ungarrisoned and being naval invaded it teaches you the basics and beyond, that you will need in order to progress past the Noob status.

So, if you're even a little bit curious about Hearts of Iron IV I would highly recommend you buying it, with it being cheap—around £15. However, you need to know this. Hearts of Iron IV is quite hard at the start and will take some time getting used to, but with effort and time you will be able to get better and better. Learning new strategies and tactics to overcome the enemy, whether that is the Allies or the Axis, you will have a lot of fun playing this game.

See all posts by Carl Murray →