by Katy Preen 4 months ago in real time strategy

Twice the crowns, twice the fun.

It’s time. Kingdom: Two Crowns is here (well, it’s been here for a while and I’m a little late to the party) and I’ve been playing it for many, many days (weeks, and months). It’s still highly recommended, even after the novelty has worn off (but did it ever, really?), so read on for my thoughts.

Check out my other reviews of Kingdom: Classic and Kingdom: New Lands if you’d like to read the story from the beginning—but like the other games, you can pick this one up with no prior knowledge of the earlier versions. It begins with a quick walkthrough to demonstrate the basic moves—as told by the previous ruler of these lands. Hopefully you will be more successful than they were. 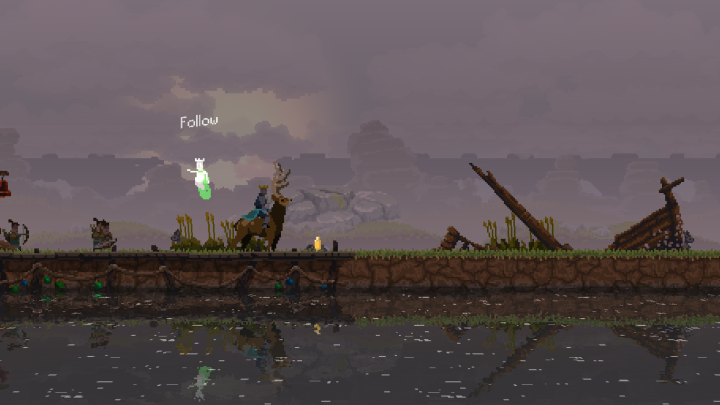 Imagine a world in which you rule over many kingdoms, with a limitless supply of subjects ready to do whatever you tell them to. It sounds good in theory, but then you realise your citizens will do exactly as you command… Much like a tightly-run neoliberal hellscape warehouse, you are in charge of unthinking drones that do just as they are programmed to; nothing less, and nothing more. Everyone is replaceable, but with such a labour pool, you’re not going to get the brightest and best.

The algorithm programming each of your minions can be used by any of them, and they can easily transfer between jobs—because they’re not that complex. But this also means that each of your employees will think and act within the limits of their role. No room for innovation here, nor is there any initiative taken when things don’t go as planned. Even when in grave danger, your automatons will continue to perform exactly as instructed.

So that is a little annoying, but with such simple dynamics at play in the Kingdom universe it can be taken as just another function of the game. There are so many quirks in the landscape and character behaviour that you’re never quite sure if they’re features or bugs, but they soon become just one of the many rules you can use to your advantage or demise in this game of strategy and perseverance. Kingdom is the ultimate game of gaming the system, with trophies for achieving particular milestones in addition to winning the game itself. 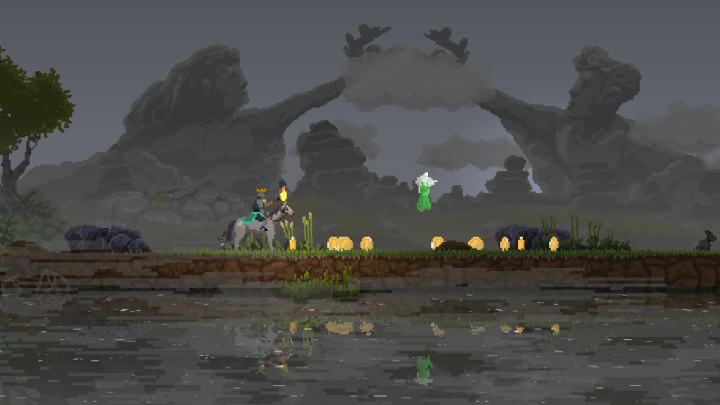 You begin on the first island, with a gift of gold coins. A ghostly figure will lead you to a campfire, and that’s it—the beginnings of your dominion. You need to build this up, and fast, so that you can feed your troops, create barricades, and defend your settlement. You must explore beyond the walls you build in order to find treasure, and peasants & forest-dwellers to recruit—because empire-building is more fun with friends.

This latest version is an upgrade on the recent Kingdom: New Lands and maintains a lot of similarities with its predecessor. However, there are some new developments that turn this game into an epic multiple-session feast. With each new version of Kingdom, hours are added to gameplay, allowing the fun to go on just that little bit longer. All versions are infinitely replayable, although I have started to find that the earlier stages of the game are the most engaging. There’s more to do and keep an eye on there, whereas an established kingdom just needs maintenance and a steady supply of coins.

So what’s new? There’s a big clue in the title—Two Crowns. This version has a two-player option in a co-op mode to secure each island. The split-screen layout takes a bit of getting used to, but it fits in nicely with the game’s retro vibe (there’s no option to play on separate monitors—but you can play online with friends located elsewhere, still in split-screen mode). Everything’s still designed in cute 8-bit graphics, but there are some updates to background elements that players of the previous two games will notice as being that little bit different. Some of these updates are relevant to gameplay, some aren’t. But they’re all so pretty! 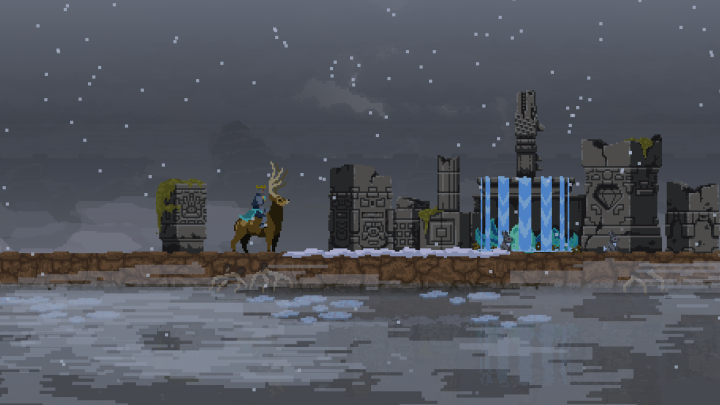 If you’re playing with a friend, then there is hope if you lose your crown. In all the other games, losing your crown was perilously easy, and always signalled defeat. But if there is a co-ruler to forge you another one, then you get a second chance. Playing in a co-op is great as long as the left hand knows what the right is doing—so talk to each other and devise new strategies for securing your kingdoms. But if it’s all a bit too confusing, at the very least just stock up on coins and try not to lose your crown!

There’s a lot more to discover in this game, not just in the extended playing time needed to get through it. It requires different strategies and skills to fight off The Greed (you’ll meet them, soon enough) to previous games, plus the lands can present new challenges depending on how long you’ve been there. The passage of time means more than just a greater Greed army to defend against—you’ll need to think about how you will survive the harsher seasons as well as the beautiful spring that starts the game. There are new places to discover like you’ve never seen before, but you must brave them to defeat The Greed—it’s not enough to merely destroy their portals in this world… you must eliminate them completely from all five islands.

If the game alone, even with its extra challenges and greater difficulty than earlier versions isn’t enough, there are special challenge islands that pose an endurance problem. How long can you last against The Greed? For you’ll never conquer them or leave these lands alive. And if you get bored of the same visuals all the time (no, they’re so pretty!) you can switch to Shogun mode which takes you from the Medieval Europe of the Kingdom we know to feudal Japan. 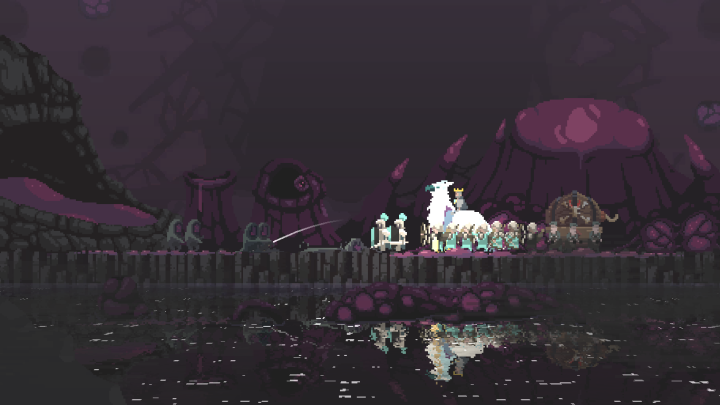 If other Kingdom fans are anything like me, they’ll still be enjoying the game now, almost 1 year after its release. You can get it on Steam for PC, Nintendo Switch, Xbox One and PS4. The new landscapes and challenges are a step up from Kingdom: New Lands, but they hold enough familiarity to appeal to fans of the previous games while delighting new audiences with their wholesome fantasy graphics and storyline. There’s more to see and do, and you’ll spend hours trying, winning, failing, trying again and winning in a completely different way. But whatever happens you won’t be able to put it down.

See all posts by Katy Preen →