For the love of _Games

by Arthur 5 months ago in product review 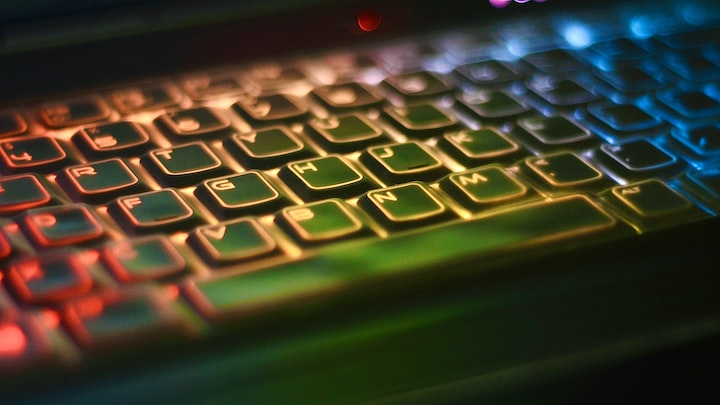 Photo by Jay Zhang on Unsplash

Alright, so we've all played some games in our day, oh what's that? You haven't, oh wait, you have?

Some of you are probably thinking, get a load of this guy, he's never played games, or some are intrigued, well, I can tell you with great certainty that both of these statements bear some form of truth.

I am an advent game collector. I scour the regions of the internet to find games, some that are amazing and some... less amazing or fathomable in terms of playability or appearance, and well, I have played some games, in fact, I was a big gamer, I've played AAA titles and completed them and I've gone through the love/hate relationship of rage quitting and completely giving up. My love for adventure has always been with me, but it has furtherly been developed over the years by playing PC games.

My adventurous spirit has had me exploring the internet for constant free games, I delve deep into the caves and underworld of this big beast to find that free gold, all the knights dream of, the problem is, not everyone knows of these treasures, or just overlooks them and moves along. Well, that's where I say, NAY! I refuse to let these little things rot in the southern abyss, so join me, where I will be playing games and writing about them, in the hope to convince you to try them as well, heck, I'm putting it on the line here, some of these games might take a dive, but some might be bloody amazing.

A lot of games these days don't necessarily get the attention they deserve, no matter how much effort a developer puts into it, some people just scroll on and forget about it, and you know what, some game devs do produce... less lovable games, they aren't great and there are some, that I personally wouldn't play, because they or not of my taste, but even some of these need some recognition. In this day and age, I feel that triple-A has been a focus of many, and to some extent that is justified, but what about the indie devs? What about the Indie gamers?

I am a writer, and I love games, not just playing them, but collecting them, I spend hours and days, watching forums, browsing, and seeking out the free and unsung heroes, now look I'm not talking about EPIC, those guys have gifted any living gamer on of the greatest joys, regardless of their intent, they have made many happy with new and old things that are free, but this is not a project focusing on them, this is a project focusing on a quest where I seek out these gems on my own, and I look at them with the same wonder that Indiana Jones did with every idol, ghost, the paranormal face-melting event did, and, indeed, some people might not agree with me, some people will probably not like what I have to say, but this is not about them, this is about exploration and philosophy, finding things that are hidden and unearthing the little nuggets that have been either overlooked or forgotten.

I hope that you too will embark on this journey with me and discover some worlds, some things forgotten, and some things that still have to be found.

I will be writing a small review with my creative spin on it, enough to avoid the spoils, but still, give you a fine peek at it and I'll be rating these as well, so stop by and gaze upon what I have to offer.

The hunt is afoot.

product review
Arthur
Read next: Pitch Ya Game Round 2
Arthur
See all posts by Arthur →