by Elizabeth Havens 6 days ago in adventure games

The original and the remake. 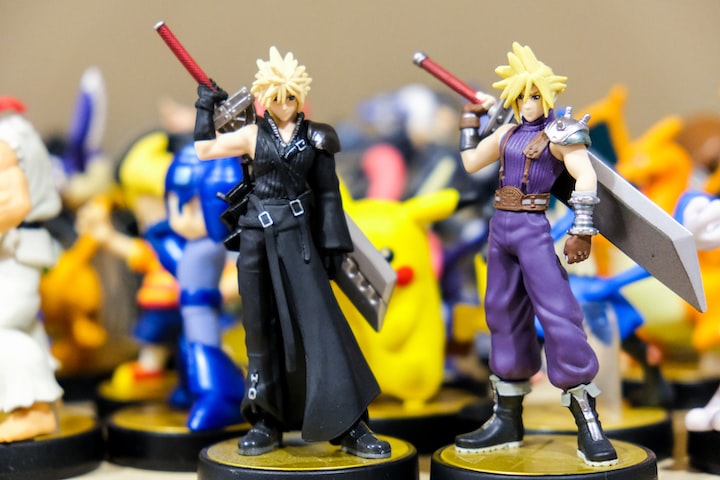 The original game had many story lines in it as well. It’s an enjoyable experience as well. The first one will always hold a place in heart for it. It was the first final fantasy I played then I played 8 then 9 and 10. With the new release of final fantasy 7, all the fans talked about how nice the graphics were, because it looked like a cgi movie to be honest with you. It’s a little different from the original. Example; the characters don’t look like Popeye made and the English translation of the new one is phenomenal; unlike with the original there was so many translation issues on it. And Aeris is now Aerith, the flower girl that sells flowers in Midgar. As far as everyone else, they are the same, you can say. Exception on Red 13 because he is a non playable character on the new final fantasy 7.

Rumors are going around saying that Red 13 will be a playable character In the next part of the series. In my opinion, I really hope so as well. He was my favorite character, aside from Cid Highwind and Vincent Valentine. With the original final fantasy it was fun. I played it personally about 10 times. It’s an enjoyable game if you like role playing games, of course. I have always enjoyed role playing games. It’s like you are in control, and not the other way around either.

Will Aerith die in the new updated final fantasy? Good question, rumors have been flying around that they are going to keep her alive but the producer of the game says, he wants to keep it original like tie original which means she died. Never fret, she is still an important character. It does suck that Sephiroth kills her with his masmune. Yes, a lot of people were mad about this; I wasn’t I just cried because she died. She made the game better in my opinion. But yes, so this is a hard question to answer because it’s an if both sides.

When is the second part coming out? Nobody knows this answer either. It seems to me that the new final fantasy is a bit complicated about it. So, anytime you try to google search it it tells you nothing either. Rumors have been going around and saying next year for the sequel. This of course made the fans a little upset because the part one of the new remake was short, least in my opinion it was anyways. Again, this is a hard question to answer because I don’t think the producers know either. Just be patient, it’s coming out, just don’t know when.