by Christopher "The Great" Haaf 9 days ago in product review 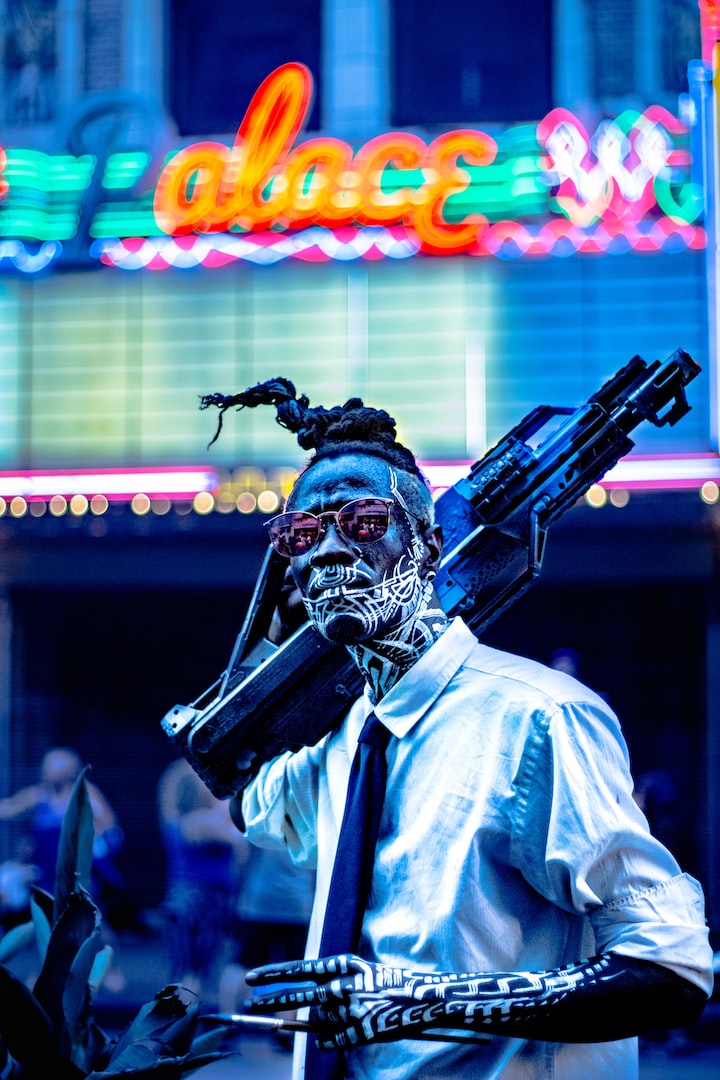 Photo by Judeus Samson on Unsplash

My name is Christopher Haaf. I am a new creator here on Vocal, and a semi professional content creator on twitch. Most of my writings here will be opinion pieces involving professional wrestling or gaming, but I may sprinkle in the occasional "fantasy booking" or "fan rewrite" in here, because I have a lot of thoughts on fiction and on how things can be done to smooth out narratives, especially in wrestling and Dragon Ball. If you have ever had a piece of fiction you think could have been done better, send me an email at [email protected], and I will see what I can do with it.

With this article, I wanted to focus on something that has been nagging at me since the day of Cyberpunk 2077's release. As you may know, the game's launch was plagued with bugs, crashes and was even at one time considered unplayable on previous gen consoles; the PS4 and the XBOX One. But I have been following the story of this game pretty closely since it premiered at E3, with special celebrity guest, Keanu Reeves. I was so invested in this project because back in my early high school days I used to play the tabletop game Cyberpunk 2020 with my circle of friends. I wanted to get my hands on it and see if the freedom of character creation was the same as it's tabletop counterpart.

Personally, I do not have the hardware to play it at it's best, and I have witnessed a few bugs here and there, but nothing that kills my experience in the game. I honestly thought the white blood some characters had was a feature and not a bug.

Then, the fan outrage attacked.

Backlash against CDProjekt Red for rushing out an unfinished product to capitalize on the next gen console release, as well as the holiday season. But what people don't realize is the whole time we were given hints that this game was not ready for public release. With an original release date set in the summer, the game was pushed back a month...

Then another two months...

Finally it was announced it would release in December of 2020, and the fans were skeptical. Surely a game this big, with this level of detail was going to need more time, but at the end of it all, CDPR crumbled to fan demands, and shareholder pressure, and pushed out a product that was not done despite their better judgement.

You can tell they did not want to release the game this early. They knew what they had on their hands. Early copies of the game were released to reviewers under a clause that they would not show gameplay footage, the company desperately hoping they could fix all the problems found in this pre-release to minimize the fan backlash. But that only served to exacerbate the issue.

Reviewers began speculating CDPR's reasoning for such a clause, and they hit the nail on the head. Publications started informing the public that the game was buggy and unfinished. This did not stop people from purchasing the game in droves. Then the negative reviews started pouring in.

"Hardly even a game."

There was even a lawsuit filed against CDPR for falsely advertising the game. Shares in the company dipped to an all time low. Sony removed the game from it's online store. And more and more people jumped on the bandwagon against CDPR for their release of an unfinished product.

But we never looked at who was really to blame.

In my opinion: The blame for the catastrophic release of Cyberpunk 2077 rests as much on the shoulders of the fans as it does the publisher, and the rush to fix these mistakes is putting more pressure on the actual developers to work more hours and crunch for a deadline that could not possibly have been met.

We hear stories about that infamous crunch period before a game's release where devs are required to work longer hours under more unpleasant conditions.

What we have done as a community is demand an unfinished product repeatedly and every time we were explicitly told "it is not ready" we continued to complain. We cast blame. We chose not to understand. Hell, some members of our community went as far as to send death threats to CDPR staff if the game did not meet it's foreseen release deadline.

The publisher is not 100% innocent in this. By revealing the game so early before a release date could be promised, they cultivated unhealthy reactions in our society built on instant gratification, thereby putting undue pressure on their team to crank out a product in an unrealistic time frame with unrealistic expectations.

What we can hope to learn from the release of Cyberpunk 2077 is that we should not expect to control the flow of new content. We can't repeat the same mistake we made with CDPR. It just led to a toxic environment where neither side was able to get what they wanted. It put too much on the shoulders of the developers, and they knew they were going to fail.

Cyberpunk 2077 is not a bad game. It is playable. it is glitchy, but not broken. The most important lesson is not to bury the companies that have created the best experiences in gaming by using over exaggerated terms that we have come to normalize in our vocabulary.

If it has a bug here and there, it is not "broken."

And if it has minor inconveniences in it, it is not "unplayable."

I guess this article is less an opinion about what made Cyberpunk fail, but more about the hyperbole the millennial generation uses to describe negative things.

As a millennial, I find myself falling into that same pattern. I guess all we can really do is put ourselves in someone else's shoes and try to understand the truth behind the bad things that happen, and the consequences of our actions when we choose not to understand.

Now go boot up whatever game you like to play, and escape the horrors of the real world.

Christopher Haaf streams to his personal channel and is the Director of Digital Content for Rocky Mountain Pro. He is known for his hot takes on the world of professional wrestling and gaming. Twitch.tv/thegreathaaf

See all posts by Christopher "The Great" Haaf →