by Haley Booker-Lauridson about a year ago in product review

Going back to the beginning of 'Cube Escape' and the Rusty Lake series, Seasons starts the series off with a bang.

Having recently reviewed Rusty Lake's latest installment, Cube Escape: Paradox, I've decided to go back to the beginning of the series and play through the games in order.

While Cube Escape: The Lake is technically the first game released, Seasons is the true first game of the series, as The Lake uses a code found in Seasons for a special kind of ending. Chronologically, Seasons also contains parts that likely happen before The Lake.

You can play Seasons for free on your iOS or Android device, or you can download it on Steam.

In Cube Escape: Seasons, you play as a young blonde woman central to the main storyline.

Throughout four seasons spread out 15 years, you explore this woman's house, solving the various puzzles that surround it. However, something always seems... off. You can sometimes see the woman in the window during Spring 1964, for example. 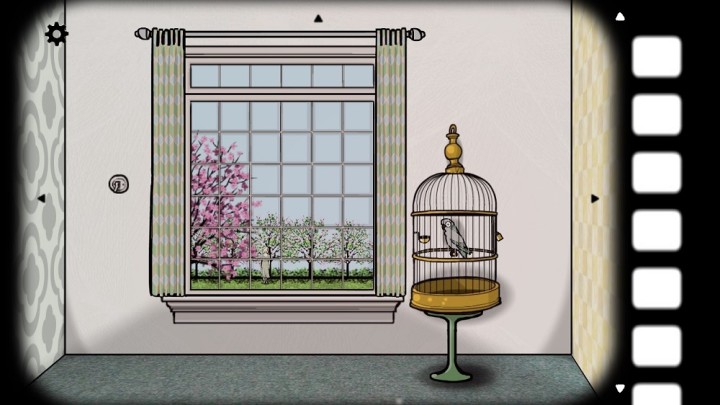 The mysterious woman sometimes appears outside the window.

However, you can also see this other... thing. A menacing black silhouette sometimes blips in and out of existence outside the window if you switch between rooms fast enough.

A little bulletin board also shows a pamphlet to someplace called "Rusty Lake: Mental Health and Fishing", along with what seems to be a prescription for Prozac, a common antidepressant. From these context clues, we can guess that the woman has mental health issues, to the point where she either went or is going to a mental health facility.

By the time we look out at the moon in Summer 1971, there's something clearly wrong, and by Fall 1971, blood splatters the otherwise homey wallpaper around the house.

Throughout the game, you must gather pieces of a fragmented photo along with a mysterious black cube each season. What you do in past seasons can affect future ones, but you can also go back to a previous season to change events.

The past is never dead. It is not even past. 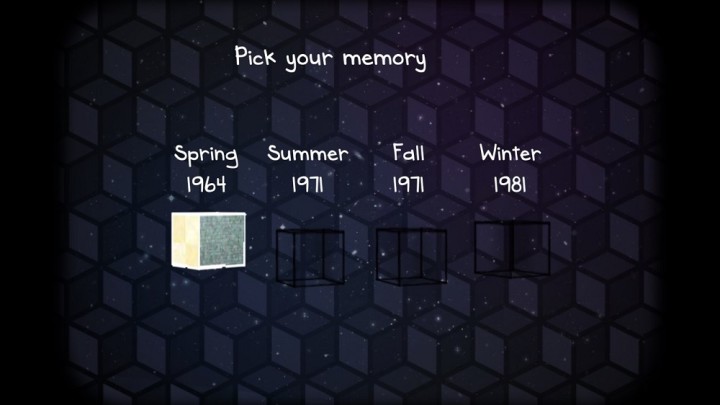 As a standard point-and-click game, there isn't much to the actual gameplay. Certain items you pick up can interact with the environment of the room (matches can light fires on candles and gas stoves, for example).

Unlike more advanced point-and-click's, however, you can't combine or examine anything you receive. That being said, the ability to combine items is probably a lot of work for the developer—we probably wouldn't be able to enjoy the game for free if we continually asked for more and more complex things. And, while I'd love to examine objects, I enjoy the largely exposition-free experience Rusty Lake provides.

Since there are four different seasons that happen across four different points of time, the room never feels old or stale. The new puzzles of each season can range from merely intriguing to vaguely unsettling. While there are some parts of the puzzle that are hard to solve without some outside help, the majority of the game is extremely intuitive.

The only thing I dislike are the ads. They occur as you change between the different seasons—usually no longer than 15 seconds. As I had never experienced ads on any Rusty Lake game before, they really brought me out of the experience. That being said, I can't fault the developers for trying to make money. I'd rather an ad be shown when I open the game, or if I'm looking for a hint. I'd even prefer to buy an ad-free version for a certain amount of money ($1 to $2). 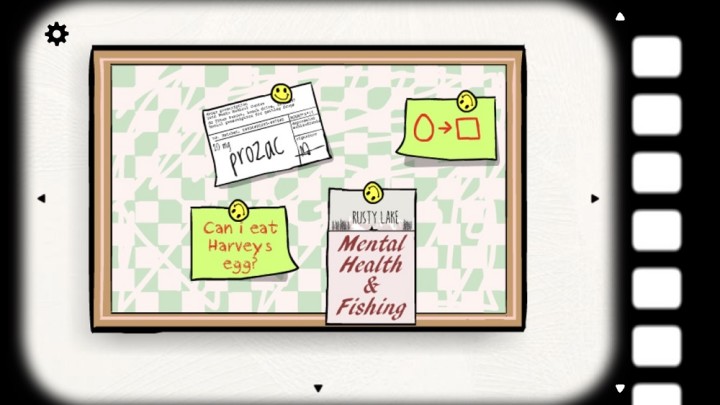 Even so, I'm quite impressed by this game. As the first of the series, I expected some roughness around the edges, poorer quality visuals, or otherwise less interesting gameplay.

Luckily, the game really stands up, even compared to its higher-budget sibling, Cube Escape: Paradox. The graphics are perhaps a little less impressive, but in no way does it detract from the story whatsoever.

Even speed-demoning through the game, it should still garner at least an hour of engaging entertainment. If you've been looking for a new game to check out, I strongly recommend Cube Escape: Seasons. You can find it in the Apple or Google Play store, or you can play it on your browser right here.

Haley is a passionate freelance writer who enjoys exploring a multitude of topics, from culture to education.

See all posts by Haley Booker-Lauridson →