by Jason Currie 3 months ago in mobile

Battle Royale games are everywhere. They represent an incredible step forward in multiplayer games. Why don't they do more? 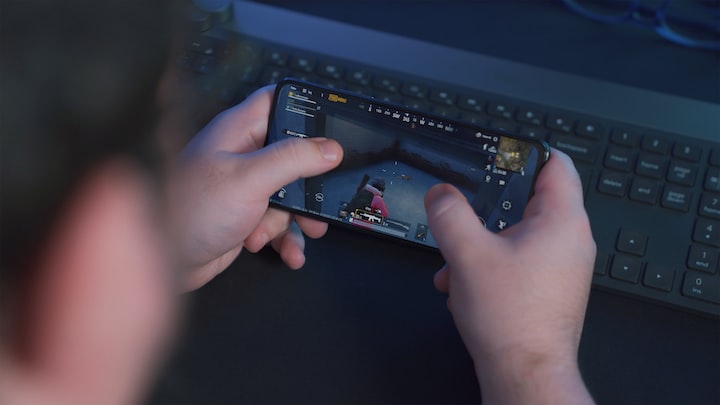 Photo by Onur Binay on Unsplash

Battle Royale. The Fortnites. The PUBGs. The Apex Legends. The every-modern-multiplayer-game-under-the-sun.

It's an ambitious genre that has taken hold startlingly quickly. If you were to float the idea of a massive 100-player real-time fight-to-the-death game to someone just a decade ago, it would come across as lofty, even for the biggest AAA studios.

Yet here we are today, where the inclusion of a Battle Royale mode continues to worm its way into every facet of every franchise. It induces groans. It rolls the eyes.

For most people, there's a simple explanation. The genre got popular. It was imitated, and now, people are tired of it.

Might that be a bit reductive, though? I think a further analysis can only benefit our understanding of this genre, and where it went wrong.

The History of Battle Royale

PlayerUnknown - yes, the guy, not the title - is frequently credited to have spearheaded the genre with his ARMA-powered Battle Royale mods. From his simple mods to developing the other-wise mediocre game H1Z1, PlayerUnknown's interpretation of the Battle Royale mode was simple, but effective.

100 players dropped in from the air. Janky, yet crushingly realistic combat. An ever-shrinking circle that limits the play area until just a few players remain. One winner.

It can't get any more effective than that. The suggestion of such a concept titillates the mid-early 2010s gamer. It would have been difficult back then to even imagine matching 100 players together, keeping them all on the same server, and then, for their efforts, only reward one player with the title of winner.

Yet it happened, and it happened behind several barriers of entry, to boot. Originally, you'd purchase Arma, then install the mod. Then, DayZ happened. The insanely popular Arma 2 mod that surpassed its own base game in popularity. It, too, had its own Battle Royale mod.

So, players would have to purchase Arma, then set up DayZ, then join a Battle Royale server.

And, you know what? They did it.

The mere suggestion of reliving fantasies of The Hunger Games drove a great deal of players to jump through these hoops, enough so that reaching the 100 player cap wasn't difficult at all.

So there it was. The low-hanging fruit that any marketing stooge would be salivating over. An untapped market! The passion put into the modes, now numerous and beyond what PlayerUnknown had developed, must surely be monetized. PlayerUnknown left the field of Arma modding to help create H1Z1.

H1Z1 is an entirely different bag of worms that goes beyond the scope of this article. Most of what I know from the game - before writing this piece - originates from this video.

It was truly a mess, though, and it foreshadowed the great curse that would loom over the genre.

The game you buy - the DayZ clone - is a store lobby enticing you to make the ultimate purchase. A ticket to get into the Battle Royale mode.

You see, in doing this, a statement was made. A declaration for all future games to come. 'Battle Royales are lobby matches, and you pay to get in.'

What do I mean by that? Well, ever since PlayerUnknown carved out his specific Battle Royale niche, that is all that has ever existed since, and it's been inevitably tied to the greatest curse of all - the Games as a Service model.

Games as a Service

The idea that a game should provide the player a service just like a stay in a fancy hotel, or a visit to a theme park. For many games, it's the poison that kills creativity. For Battle Royale games, it has stunted the entire genre.

See, when a title offers real-world transactions for benefits in the game, the implementation is mostly irrelevant. The game could be completely free, or offer an initial price of entry. It could feature a season pass system, or the slightly-out-of-fashion loot crates. No matter how it's implemented, they always do the same thing -

So, look beyond the grey morality of the system at large, how it invokes the same rules of casinos, how it preys on the underage, how the vast majority of money earned comes from a small fraction.

The practice is bad because it pits money against creativity. Where does this leave Battle Royales?

Well, the genre is young, and in many ways, was propped up by a single developers endeavors. It was born during the peak of the live service trend, and like an infant groomed for violence, the Battle Royale genre has been raised to know nothing but the horrible act of - well, trying to siphon your money.

It never had a chance to be anything more, because H1Z1 established it as a moneymaker. That gamemode kept H1Z1 alive while its mediocrity ate away at it from the inside.

What could it have been? Remember the nights of Halo 2 with your friends, where multiplayer matches could be varied, creative, and full of player freedom? Where you had complete control over how you tailored your game matches, and when the game cared more about being unique?

Now, a modern shooter is streamlined. It's homogenous with the one that came before it. Matchmaking to a central server is standard and you're unlikely to be able to have much input in what you do beyond meeting daily challenges, or switching to a different, but very similar, mode of play.

That same evolution didn't happen with the Battle Royale genre. The genre started like that. All of the technology and server costs going into matching 100 players together, and it's all for the same half-an-hour play experience.

What if it could be more?

The Potential of Battle Royales

I mentioned above that H1Z1's two segments seemingly conflicted. Slow-paced survival and high-octane action don't typically go together. This is an analysis from a modern perspective, from someone who has only ever known Battle Royales as what they are.

Think of The Hunger Games, the immediate go-to for most players, or the less contemporary Japanese Battle Royale. These stories do not revolve entirely around the violence of the game, rather, they put great effort into building characters, into building proper stakes, into the moment-to-moment, gritty survival the characters have to go through.

Is this at all translated to, say, PUBG, which is culturally often compared to the above titles? Not at all. PUBG, Fortnite, the modern Battle Royales, all come across more as a large free-for-all deathmatch lobby rather than the intense and complicated web of moving parts that a Battle Royale usually implies.

Why must these titles adhere to a standard game length of about 30-40 minutes? Why must they all focus on the same game loop of drop, loot, shoot, die? What if a Battle Royale existed where other players were not the target, but a target? What if the elements could resist the player? What if survival was not a short-term fight, but a long-term puzzle?

The Battle Royale genre is ripe to explore elements of the human condition that most other games can't. Games that DayZ try to touch on. What motivates a person to do bad things - or good things - in the face of adversity. In DayZ, this manifested as a struggle against zombies and dwindling resources.

Copywriter by trade. Hobbyist creative writer. Weird lizard man. Analyzing a little bit of everything, with lots of rambling.

Read next: Storytelling in Gaming Industry