by Hannah P 6 months ago in product review

So Astral Chain came out on Friday. I preordered and got the game on release day. I’ve played for about fourteen hours so far, and here’s what I think of the game. This review will be spoiler free.

The game is Nintendo Switch Exclusive, a third party game from a company called PlatinumGames. Platinum are also responsible for games such as the Bayonetta series and Star Fox Zero.

Astral Chain is an action-adventure game where the player assumes the role of an officer from the "Neuron" special police task force, who are tasked with solving cases and investigating incidents that take place in "The Ark", the game's main world. In the field, exploring the world, questioning non-playable characters, and examining evidence yields clues and logic puzzles that become leads in the investigation process. During the course of the game the officers access the "Astral Plane"—an inter-dimensional area where they must traverse hazardous terrain, solve puzzles, and battle enemies, similar to that of traditional video game dungeons.

I play my switch pretty much exclusively in handheld mode. Even on the 6.2 inch screen of the switch, the graphics are phenomenal, and create an absolutely beautiful game to behold and play. Each character feels alive and drew me in, making me feel like I was actually part of the game. 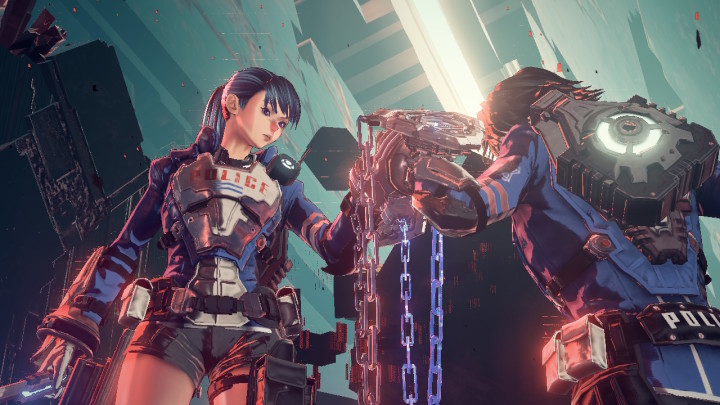 So the game is a little bit of a button masher, but it’s not just sit and hit one button continuously; you have to pay attention to link together special moves and attacks, while you’re attacking your foes.

After a chapter is completed, you receive an overview of how you did. How many of the side missions you managed to complete, how many of the hidden items you managed to find, etc. There is also the option of changing the ‘play style’ which, rather than changing how the game is actually played, changes the difficulty of the game.

There are three styles. Unchained takes care of the combat for you. and just allows the player to focus on the story. In the Casual play style it’s up to you to control the combat as well as follow the story, and it also gives you six revives before game over. Casual and Unchained can be switched between while playing. The third and final play style is Platinum Standard. This play mode only gives your two respawns before game over, and is more of a challenge for gamers. The other difference between this style on the other two is that your performance is ranked, depending on how you did during the chapter.

Each chapter starts with a mystery that needs to be solved, using your police skills, and will eventually leads to a fight against the main boss of the chapter. While each chapter follows the same path, the chapters are so different that you don’t feel like you’re doing the same thing again and again, or at least I didn’t, and that is something that I do struggle with in some games.

The puzzles in the game can be some real head scratchers, and it can take quite a lot of time to work out how to solve a particular part, but it feels rewarding when you do, and you get to move on.

The cut scenes are also great. The voice acting is great, and you get to see each of the characters as they interact with you, the player, and others around them. My only major complaint is that your character doesn’t say a word, just makes some gestures, and the other characters kind of infer your responses from that. With all the lovely voice acting I wish that my character had her own voice, but it’s only a small issue and I can easily overlook it when I’m playing the game, because the rest of it is so good.

Even the loading screens between the planes are fun. You can move the character around while the game is loading, which just gives you something to do while you're waiting. 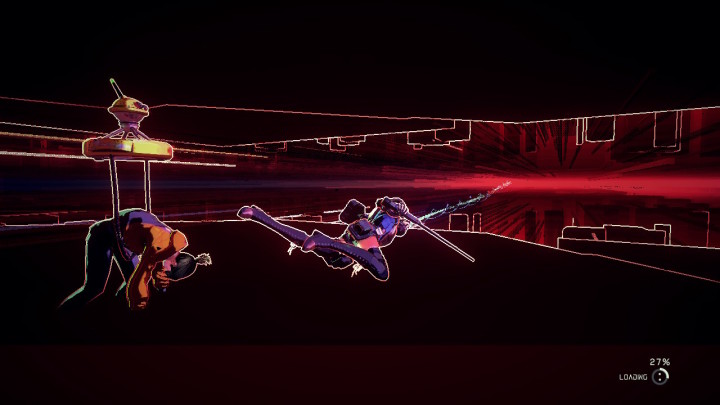 So far I am loving the story. I don’t want to say too much as I don’t want to give away any spoilers for those of you who are thinking of getting the game, or who are already playing it through.

The progression of the story feels natural, you learn a lot about your character and the world around you as you play, but if all you want to do is just finish the levels as quickly as possible, then that’s an option too. You can interact with as many, or as few, people as you want to as you play. The more people you talk to the more you learn.

There are lots of twists and turns early on, some that I saw coming and some that I didn’t, which kept me engaged. The fourteen hours I’ve put in have been in three long sessions. It is a game that could be put down and picked up again, but the story kept me hooked, and I haven’t wanted to put it down unless I’ve had to.

Overall it’s a great game that’s been added to the switch line up, and I think that it’s great that it’s an exclusive, I know some people will disagree, but it’s nice to have a quality game exclusive to a system that needs some properly good exclusives rather than the overwhelming number of ports of other games. Platinum have put a lot of effort into this game and it’s great.

The only reason it’s not a full 10 is because of the lack of voice for the playable character. I would certainly recommend to anyone thinking of getting it, and say to anyone who’s just started, don’t get wound up by the puzzles, they’re all doable just some of them are a bit more complex than others. 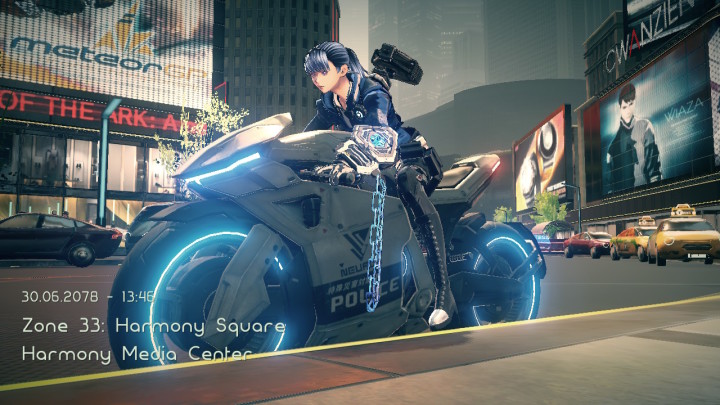 I'm 23 and from Cornwall, England.

See all posts by Hannah P →