by Jord Tury 15 days ago in feature

It's not easy being a gamer parent. You're forever trying to fight for the controller. Your kids won't stop slobbering over the directional pad. And, you rarely have more than ten seconds to immerse yourself in a game without being requested. That kind of sucks – especially after a long day in the office or when you've had a pretty crap day overall. Alas, parenting always come first, and those little tantrums we have are mere specs in comparison to what our kids cry for. Or, so we're led to believe, anyway.

For me, personally, I liked to dedicate an hour or two in the twilight phase of the night to the hobby. That's when I could physically lock down and enter an experience without the distraction from the real world. With no kids demanding juice or wife urging for me to bring up a phone charger or tablet – I'm isolated. Then, of course, the other responsibilities would come tumbling along.

"Bugger. I haven't written the third piece for the gaming site yet!"

"Oh, I need to review that chapter in the novel before sending it off for publishing!"

This is when gaming gets placed on the back-burner and left for another day. Only, as the kids grow older and the responsibilities start to tighten around my ankles, those precious hours drift away to distances unreachable. And, considering a large portion of my job evolves around gaming, I'm sort of stuck in limbo between parenting and working. Then, add on the extras of personal fitness, time with the better half and generally breathing to survive – I'm essentially left with the ultimatum of abandoning my life, or a hobby. 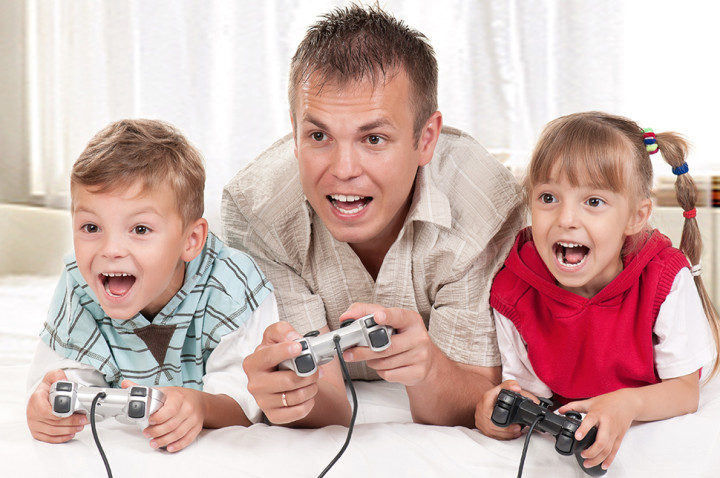 Come 2020, I learnt to accept it. And, as for today, my decision to set it aside in return for my personal responsibilities has never been more certain. I've learnt to ignore the dust piling over the joysticks, and if anything, I rarely think about gaming as much as I used to a few months back. I mean, sure, it would be a sweet little addition to the day but it doesn't exactly have a life-changing impact on my day if I don't. Instead, I'm more excited to introduce my kids to the evolution of gaming when they finally reach the right age and understand the differences between L2 and R2. That's what I look forward to the most.

Gaming as a parent sort of takes a backseat for the initial years in a little ones life. It's rare you'll catch a Mum or Dad binging a new title with a toddler roaming aimlessly in their pants. Instead, it sort of makes sense to reserve time for the future where those twilight hours can become daytime sessions. Only, with kids, you can expect a second player to barge in and join you for a quickfire round before school or bed. That's what parents should really look forward to doing in the future. And I, for one, can't wait to do the exact same thing with my kids.

Perhaps you're different. Maybe you taught your newborn how to hold a pad after two weeks and have already ploughed through Gears 5 together. Maybe I'm strange in thinking gaming isn't as important anymore when parenting duties come rifling alone. Maybe the distractions from endless nappy changes has affected my concentration and love for the hobby. Whatever it is, I've changed massively since becoming a Dad. Probably for the better, no doubt. Still, it feels strange transitioning from 80% gamer to 0.1%. That's a figure I'm still trying to get my head around.

Gamer parents – hang in there! There will come a time where you'll be able to play again without the stress of screaming babies and tempered toddlers. Just hang fire, and enjoy this time with your little ones. Invest in a second controller, and pray to the almighty than one day they share just as much enthusiasm as you. And if not, well, you can always build a cave and move both yourself and your stuff into it. Then nobody can tell you what to do, eh?