6 Best Offline Shooting Games You Should Play on Your Android

by Raju 2 months ago in adventure games
Report Story

Want to play free android game offline on your smartphone, we'll cover you so you don't have to worry anymore. 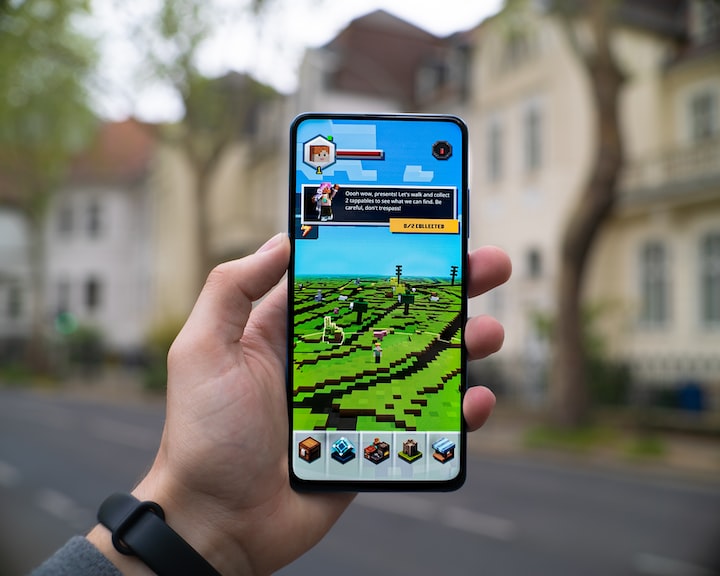 Want to play new free Android games on your smartphone, but don't like it when you don't have internet access? Sure, multiplayer Android games are a lot of fun, but they won't work without an active internet connection. If you're looking for a decent shooter for Android that works offline, we'll cover you so you don't have to worry anymore. No need to back up your data plan to get the best offline shooter for Android. These aren't just cartoon games, they're also some of the best looking games.

It's unlikely that you're a shooter fan and have never heard of Max Payne. This is one of my old Pentium 3 day favorite classics. Max Payne is now available on Android, allowing you to enjoy storytelling and adrenaline pumping actions on your smartphone.

The intense story of the game is still one of the best, offering many missions, customizable controls and cheat codes in a classic PC gaming style. Now, Max Payne Mobile on your smartphone has a lot of fun.

I fell in love with the first new major Mayhem that brought a side shooter capable of shooting everything that moves. Based on its predecessor, the new "Major Mayhem 2" game offers a new mission to shoot hundreds of bad guys and save dozens of hostages.

The game has seven unique guns, each with its own unique shooting style, so you'll never get bored. I like colorful graphics that are fans and the gameplay is more comfortable. This is the game you want to play when you don't have the time and energy to make a strategy. Just launch the game and start shooting.

Fun and exciting game play awaits you at the Wildest of Wild West with Mad Bullets that actually get rid of boring stories and tutorials. Dive straight into fast action and start shooting things from the beginning. The game is full of entertaining content and will make you laugh out loud with its quirky characters and fun game play.

Take on characters from ninjas to cowboys and defeat everyone trying to overcome you. Get ready for a full-fledged shooting action at Mad Bullets. If you prefer more delicate action and exciting game play, Mad Bullets are for you.

Dead Effect 2 is a great shooter game for Android that inherits the legacy of its predecessor. The first Dead Effect was actually the first dedicated Android shooter. Dead Effect 2 improves everything Dead Effect brings to Android. Enjoy stunning graphics, great stories, and high octane gameplay. The game provides a lot of content for you to enjoy. This horror game is a great way to kill your time.

Numerous weapons and gadgets, and a single-player campaign of about 20 hours are very interesting and exciting and keep you engaged. If you want an offline shooter for Android that offers a great story, try Dead Effect 2.

Overkill 3 is a fast-paced third-person shooter that guides you through different levels where you just have to find and shoot the bad guys. This approach at the indicated level is called on the rails. However, that seems simple. When you start the game, the difficulty level will be displayed. The higher the level you choose, the more difficult the game will be.

You will actually feel the heat, especially when your boss confronts you. The boss fight is great and it takes a lot of quick reflexes to actually defeat the boss. The graphics are very nice and Overkill 3 provides Android with a great shooting experience.

Unlike the sequel to Dead Trigger 2, the original Dead Trigger is an offline zombie shooter. You can get powerful weapons such as Colt 1911, Scorpion, Striker, Enfield, Minigun and defeat zombies when they are found. In addition, the game offers 13 character upgrades to keep you excited. The game hasn't been actively developed lately, but the current version is stable enough and will continue to fascinate you. If you always wanted to kill zombies, you should definitely check for Dead Trigger, and believe me, you won't regret it.

Now, whenever you don't have internet access or don't want to play online shooters, you can play any of the above games offline. According to us, these are the best offline shooters for Android.

More stories from Raju and writers in Gamers and other communities.