5 Games to play when going mobile on the Switch.

by T.S. Cranston about a year ago in handheld
Report Story

A collective look at my favored games when i'm travelling. 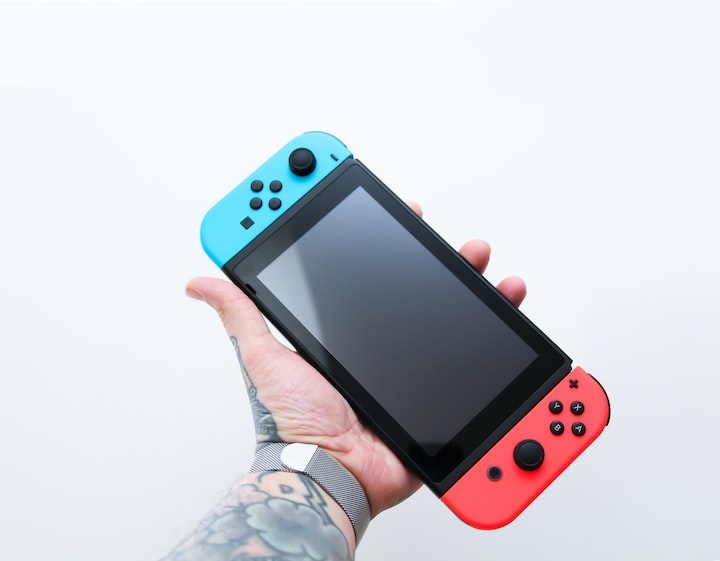 Photo by Brandon Romanchuk on Unsplash

The past few months have seen me doing a variety of new things. Passion projects and hobbies are taking route in my spirit and as a result I am seeing more travel, time, and ambition in my day to day life. However the one constant that has always been a part of me is the love of a good story. While I tend to carry a book or graphic novel I always enjoy the ability to partake in the adventure myself. This means that I have found a new travel companion in my time in the world.

Notably famed for it's family friendly titles and versatility I have been using the Nintendo Switch frequently and have discovered several games that are playable on both a large screen and a small screen (mostly small!) and I would like to share these titles with those who are struggling to find either a good balance in gameplay vs. graphics or for those pondering if it's worth it all.

The "Harvest Moon" series has been around for several years. The earliest iteration I can recall personally is a cartridge port that I had for the original brick style Gameboy. It has seen numerous changes and improvements over the years that range from graphics, gameplay, and story types. I have been fortunate to play at least one of the games on each system that I have owned relating to Nintendo.

While the newest Harvest Moon has released with the title of "Harvest Moon: One World" I have not yet played it as I'm still powering through the previous game, "Light of Hope." So for the sake of readability and credibility I will only talk about "Light of Hope."

"Harvest Moon: Light of Hope" features a single character that can be either male or female. You end up as a survivor who has washed ashore on the banks of a forgotten and mostly abandoned island. You are introduced to the few remaining islanders and they give you the general tutorial of how the farm and island once worked.

As you engage and grow the farm itself it will eventually lead to more secrets being unraveled and more tasks to fulfill. Seasons will pass and the more you do over that time will lead to an active and growing community both in the town and on the farm. Expanding the house, the animals, and even the family can lend a feeling of gaming fulfillment.

I personally enjoy the series because it is a low pressure game that I can put down for a period of time and when I do return to the game I am able to easily get back into the story and the routine of a digital farm life. The game has bright and vibrant graphics even when playing on the smaller screen of the console itself.

I came across this game after watching YouTube videos and Twitch streams of the game. I enjoy simulator style games and while the "Switch" has a large range of games it offers to its player base, every time I look into playing a game that is a little more intense like a first person shooter I am left disappointed with the quality that I can enjoy on the smaller, mobile screen.

This game shot out at me as a way of offering the "action" of a first person view game but not the high demand of a graphics intense game. My initial play through had me frustrated and confused about the stealth system that was employed but as like all things in life: the more you practice, the better you get!

"Thief Simulator" offers a short story but consistent playability. I am often returning to the homes of the various neighborhoods I scout and attempting to snag the high priced art that I had to leave behind from the last visit I made. With a day and night sequence, tenant routines, and increasing security features I am always thinking of the best approach to get in and out without seeing harm or alert to the tenants of the home.

"Octopath Traveler" released in 2018 and saw a warm welcome worldwide. With financial considerations and a large backlog I had chosen to wait on this purchase but at the end of the 2020 year I made the purchase as it went on sale. As my play through advanced I was reminded of the older games like "Final Fantasy VII" where it was a turn-based combat system.

With newer RPG games that are releasing now featuring a real time battle strategy that meant you had to keep moving during a battle, I was taken away from the enjoyment of the classic genre experience. "Octopath Traveler" however was a happy return to a familiar style of my generation.

Hosting eight storylines that weave and cross against one another, the game is in no means a "quick beat". I have over 30 plus hours logged and a majority of that comes from exploration and level grinding. The world itself looks in place with the classic feel of the game but is brighter and livelier in comparison to games from older generations.

"Syberia" is a "point and click" game that saw an initial release in 2002. It's a game that I had seen for years as I grew-up. The box art sitting on the shelves of GameStop stores across the country, posters and ads in magazines. Even with all of this advertisement around me and the frequent porting of the series to various consoles and hand-helds over the years, I had never played it until recently.

The first two games in the series on the Switch are often found to be on sale for less than $5 combined and on a whim I chose to get the title. With PC era graphics and art combined with fixed camera views I could see the appeal of the game over the years.

Playing as an American lawyer, "Kate Walker" is tasked with obtaining the ownership rights of a toy factory in the small French town of Valadilène. Upon her arrival she is notified that the original owner has passed and through a short series of events she is made aware of a surviving brother that is located elsewhere. This prompts her journey across different locations and sends her on an adventure of discovery.

With three games in the docket of this series and a fourth having been announced as a prequel, I've been enjoying the narrative and the graphics of the current series. I recently entered into the gameplay of the third and have made note of the updated mechanics and graphics of the series. While it took me a few moments to get used to the updated gameplay features I have experienced no less enjoyment in the visuals of the series. The continued fixed camera view helps seeing the game on the smaller screen and is one of my favorite features in the game.

I came across "My Time At Portia" when my son was newly brought home. He slept for long hours but as is expected at a young age, his schedule was never consistent. I would be up at early hours to watch over him should he need attention and during those quiet hours I would be able to play "My Time At Portia."

The game is set in a post-apocalypse future and features farming opportunities and crafting for your house and for the people of the nearby community. As you progress in the story you can expand your property, house, and equipment as well as customize the interior. I attribute it to a "Harvest Moon" game in that it has the same farming features and the ability to marry and develop a family. You can also explore local ruins for artifacts and minerals as well as engage in minor combat conflicts across the different regions.

The controls are responsive and on the smaller screen of the console everything is bright and easy to interpret. Even in combat, the response times and fluidity of each action is very quick and visually appealing. It is arguably one of the most enjoyable games I have played when travelling with the system.

--When not travelling and I'm able to be stationary at my home I tend to return to the roots of my gaming life and crawl into the familiar folds of the PlayStation. However my recent spout of travel and adventure has brought a renewed appreciation for the versatile console in that of the Nintendo Switch. I am very grateful to be able to take full colored and enjoyable gaming speeds with me and I look forward to the further advances of the technology. --

A self-published Author who looks to expand outside of his craft. With experience writing short-stories and novels for Romance, Fiction, and Non-fiction I have crafted numerous tales over the years.

More stories from T.S. Cranston and writers in Gamers and other communities.