by T.P.Bloomfield 4 months ago in Historical
Report Story

What reputation does Churchill really deserve? 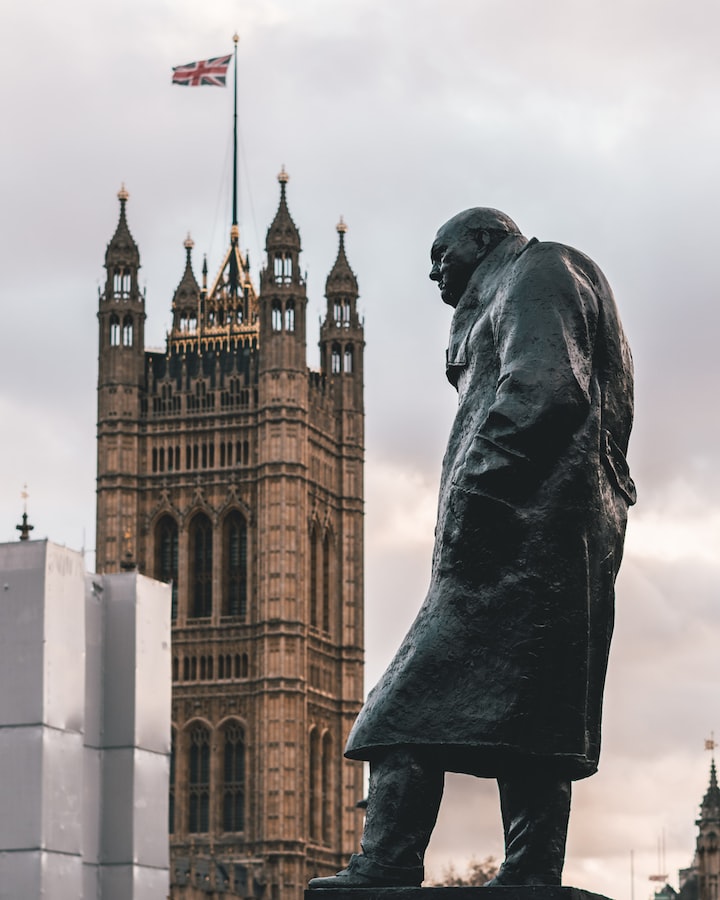 Photo by Arthur Osipyan on Unsplash

The defacement of a statue of Winston Churchill during a Black Lives Matter protest in London has put the legacy of the wartime prime minister back under the spotlight. So is the man once voted the greatest Briton in a BBC poll still a hero or have the evolving views of society changed his legacy?

Churchill is widely regarded as one of the greatest wartime leaders Europe has ever seen, leading the Allies to victory in the Second World War. He became Britain’s prime minister on 10 May 1940. As he was later to write: ‘I felt…that all my past life had been but a preparation for this hour and for this trial’.

On the very day that Churchill fulfilled his life’s ambition, Germany hadin the morning invaded France, Belgium, the Netherlands and Luxembourg. Britain faced its supreme test. It is for his leadership through these fraught years of 1940–1941 which saw Dunkirk, the Battle of Britain and the Blitz that Churchill is best remembered.

Crucially, he rallied the nation in defiance of Hitler. In the words of Labour politician Hugh Dalton, Churchill was ‘the only man we have for this hour’. The same veiw is shared overwhelming by the majority of the British people.

Less obviously, Churchill made did planning and decision-making on both political and military levels. His force of personality was instrumental in cementing the ‘Big Three’ Alliance with Britain’s powerful allies, Russia and the United States. His unbounded energy and determination meant that he was not always easy to work with. But, as Field Marshal Sir Alan Brooke wrote, ‘It is worth all these difficulties to have the privilege to work with such a man’.

In July 1945, with Nazi Germany defeated and Japan near to collapse, Churchill’s Conservative Party shockingly lost a general election in a landslide victory for Labour. Winston Churchill, the man who had done so much to secure eventual Allied victory was, once again, out of office.

The former prime minister was also responsible for fostering the “special relationship” between the UK and the US that continues today. He was the one who alerted the West to the burgeoning postwar threat of Soviet communism, with his infamous “Iron Curtain” speech. Indeed, his powerful rhetoric inspired the nation throughout his political career. “

His less sizeable but still significant achievements include reforming the prison system, introducing a minimum wage and bringing in legislation that taxed the wealthy to pay for social welfare reforms.

Churchill received numerous awards, honours and medals throughout his lifetime. He was knighted by the Queen in 1953, the same year that he was awarded the Nobel Prize for Literature “for his mastery of historical and biographical description as well as for brilliant oratory in defending exalted human values”. When he died he received the rare honour of a state funeral which just highlights his public reputation.

But there’s another side to Churchill’s politics and career that should not be forgotten amid the endless parade of eulogies. To many outside the West, he remains a grotesque racist and a stubborn imperialist, forever on the wrong side of history.

Churchill’s detractors point to his well-documented bigotry, articulated often with shocking callousness and contempt. He referred to Palestinians as “barbaric hordes who ate little but camel dung.” When quashing insurgents in Sudan in the earlier days of his imperial career, Churchill boasted of killing three “savages.” Contemplating restive populations in northwest Asia, he infamously lamented the “squeamishness” of his colleagues, who were not in “favor of using poisoned gas against uncivilized tribes.”

At this point, you may say, so what? Churchill’s attitudes were hardly unique for the age in which he expounded them. All great men have flaws and contradictions. Some of America’s founding fathers, those paragons of liberty, were slave owners. One of Churchill’s biographers insists that his failings were ultimately “unimportant, all of them, compared to the centrality of the point of Winston Churchill, which is that he saved [Britain] from being invaded by the Nazis.”

But that should not obscure the dangers of his worldview. Churchill’s racism was wrapped up in his Tory zeal for empire.

India, Britain’s most important colonial possession, most animated Churchill. He despised the Indian independence movement and its spiritual leader, Mahatma Gandhi, whom he described as “half-naked” and labeled a “seditious fakir,” . Most notoriously, Churchill presided over the hideous 1943 famine in Bengal, where some 3 million Indians perished, largely as a result of British imperial mismanagement. Churchill was both indifferent to the Indian plight and even mocked the millions suffering, chuckling over the culling of a population that bred “like rabbits.”

A historical figure’s legacy, however, cannot be reduced to one word, especially one that passes moral judgement grounded in contemporary values. To insist that for Churchill to be a great man he must never have thought or done anything bad is to insist that the world is divided into exclusively good and bad people.

Churchill was a self-centred egoist who made some grievous errors and held a number of views that today are rightly considered abhorrently racist. However, he was also an indefatigable war leader, an inspirational orator and an important liberal reformer. Thus, to talk only of Churchill as a hero is blind but to refer to him as a villain is untactful.

More stories from T.P.Bloomfield and writers in FYI and other communities.