Why You Should Admire Frank Sinatra

by Gene Lass 2 months ago in Pop Culture
Report Story

Things you should know about his impact on music, culture, politics, and the stand he took against racism 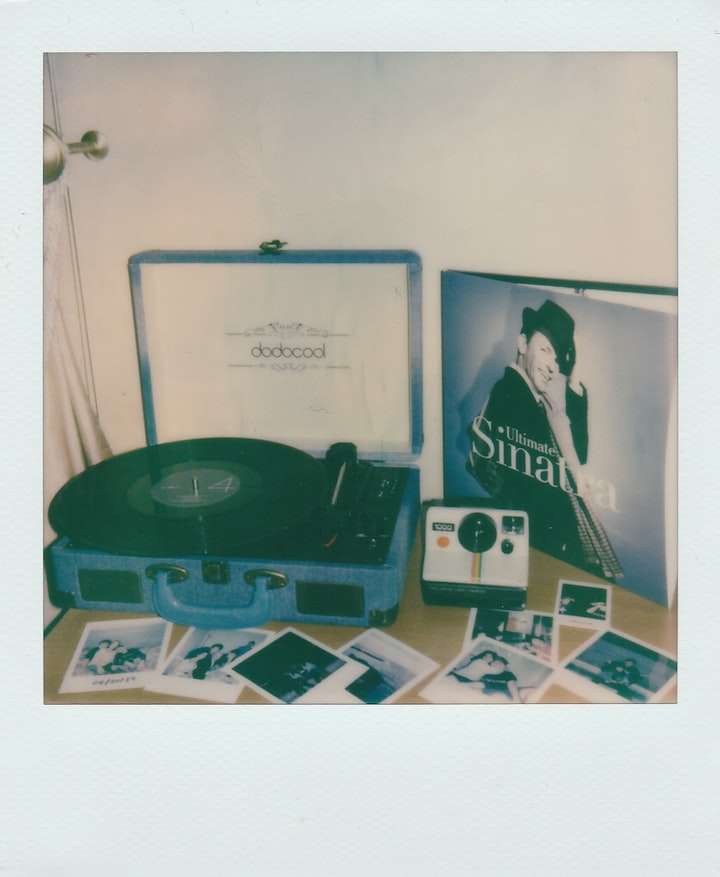 Photo by Andrea Riondino on Unsplash

It's easy for younger generations to dismiss Frank Sinatra as just a singer only their grandparents or great-grandparents liked. When I was a member of the younger generation, I did the same thing. My grandparents listened to Sinatra and Dean Martin, as well as Tony Bennett and Ray Charles, and if they listened to it it couldn't be cool. That music may not be your taste, and that's fine. But you shouldn't dismiss the man himself or his impact on music, culture, and even politics and history. Here are a few things you may not know.

Have you seen clips of female fans from the 50s, 60s, and 70s, seeing the Beatles or Elvis in concert, screaming the whole time, and even fainting? Fans may even get worked up at boy band concerts now, but not to the extent they did back then. Look up clips on YouTube and you'll see them literally weeping. John Lennon of the Beatles said they quit playing live and focused on recording because they realized it didn't matter what they played, concerts had become a ceremonial event for the fans, who were screaming so loud the band couldn't hear themselves play.

Well, that started in the 40s, with Frank Sinatra. He was the first singer to have such a way with the ladies that they would scream at his performances. Like Elvis, they would swoon if he looked right at them. Rumor has it this was initially staged by his mother, who would pay for women at his shows to behave that way to make him a bigger star, but she didn't pay all of them. It soon became a trend that fed upon itself, and carried through decades later, until women began throwing their underwear at singer Tom Jones during his performances.

While Sinatra's pal Dean Martin had the reputation for being a heavy drinker, most of that was part of the act. What Martin was often drinking on stage was apple juice, which looked like bourbon, while Sinatra was drinking the real thing. As Martin himself said, "Frank spilled more than I ever drank."

Sinatra loved bourbon and wine, and he was known to drink while performing. By the 50s he was arguably the biggest star in the world, and his influence on society was so great that when he was seen pouring himself a tumbler of Jack Daniel's onstage and referring to it as "the nectar of the gods," people wanted to have it. Sales for the whiskey went through the roof and while it was an established brand, it became so much more popular that it was the brand to be seen drinking if you wanted to be regarded as both a rebel, and someone who appreciated good alcohol.

Sinatra made a ton of money. His performances were typically sold out, he sold millions of albums, and he made a lot of movies. For one movie alone, the original "Manchurian Candidate," Sinatra's salary was more than the salary of all the other actors combined. But he gave back constantly. He had an aide in his entourage whose sole job was to tip people, and they were to be tipped heavily. In one famous example, Sinatra asked a bellman at a hotel the amount of the biggest tip he had ever received. The bellman told him, "$50," and Sinatra promptly tipped the man $100. The bellman told him, "Thank you, Mr. Sinatra. You were also the one who gave me the $50."

In a similar vein, while he was known to be a ladies' man, if you were a friend, an ex-wife, or a former flame, he made sure you were always cared for. As his ex-wife, actress Mia Farrow said, "Frank was a terrible husband, but an excellent ex-husband." There are many examples of Sinatra looking out for those he cared for, but one of the best was another of his ex-wives, actress Ava Gardner. The two had had a tumultuous romance. He pursued her around the world until she agreed to marry him, then she helped him land roles when his career was in a slump. The two never got along when they were together, partially due to each of them having affairs and a lot of hard drinking. They finally separated, and Gardner continued to drink heavily and work less as she got older. She frequented the same bars and clubs throughout her life and always ran a tab. Sinttra always paid her tab, the bars just billed him. One of the clubs had a framed picture of him that Gardner would plant a kiss on when she came, calling him, "my fella."

Taking a stand for inclusion

You've likely heard of the Rat Pack - the group of friends Sinatra would often perform with on stage. They also made a number of movies together in different combinations. The original "Ocean's Eleven" was one in which the entire Rat Pack appeared: Sinatra, Dean Martin, actor Peter Lawford, comedian Joey Bishop, and Sammy Davis Jr.

Sammy Davis Jr. is of course the only African-American member of that group, and he was a massive star of his own right. Possibly the single most talented member of the group, he was an amazing singer, a capable actor, and a world-class dancer. Having him on the bill made the Rat Pack's shows in Las Vegas, typically at the Sands Hotel and Casino, even bigger, as crowds came in from all over the world. But segregation was still strong in the 50s and 60s, and clubs in Las Vegas would allow black entertainers to perform there, but not stay there. They were expected to stay at separate hotels in another part of town.

Sinatra wouldn't stand for that, and he took a stand on behalf of Davis, telling the club that unless Davis was allowed to stay in the hotel with the rest of them, in the same kind of suite, that none of them would perform there, or in any other club in Las Vegas. The casino backed down, and from that point on performers at the hotel were allowed to stay at the hotel regardless of skin color.

Taking things a step further, later, when Davis was engaged to marry a Swedish woman, at a time when interracial relationships of any kind were so controversial it would risk one's career to even attend the wedding, Sinatra stood up for him at the ceremony.

Sinatra was a Catholic, which as a performer wasn't a problem, but in politics it was. It wasn't even mentioned as an issue when current President Joe Biden was running in 2020, but when John F. Kennedy was running in 1960, there had never been a Catholic president. Every president from Washington through Eisenhower had been some version of Christian Protestant. Catholicism was considered by some to be a problem because Catholics are effectively supposed to obey the instructions of the Pope. If the President of the United States was a Catholic, and therefore loyal to the Pope, that would give the Pope undue influence over the country.

Still, JFK was a vibrant young politician, a war veteran, and an engaging speaker, so the younger generation of America looked to him for change at a time when the last several presidents had all been older. But something was needed to tip the scales in JFK's favor. And that was Sinatra and the Rat Pack, who openly campaigned for him from the stage and on TV, reassuring the war generation that "JFK was OK."

Ironically, after JFK was elected, his advisors told him to keep his distance from his friend Sinatra, because of Sinatra's ties to the Mafia. This was doubly ironic because Kennedy's own father built his fortune by being a bootlegger during Prohibition. Thus, when Sinatra invited Kennedy to his home in Palm Springs for Thanksgiving after Kennedy won the election, Kennedy at first accepted, then pulled out and spent the holiday with Bing Crosby instead. While Crosby had been a lifelong Republican and Kennedy was a Democrat, Crosby had a squeaky clean image. Outraged and insulted, Sinatra never talked to Kennedy again.

Gene Lass has been a writer for more than 25 years writing and editing numerous non-fiction books including the Senior Dummies line of books and five books of poetry. His short story, “Fence Sitter” was nominated for Best of the Net 2020.

More stories from Gene Lass and writers in FYI and other communities.