But it's not censorship! 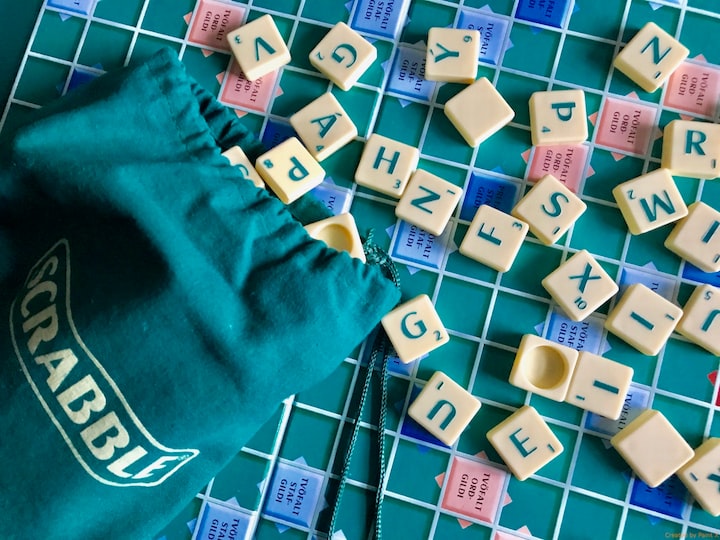 Our son came to visit back in 2018 and, as is our wont, we played many a game of Scrabble together. We play open book with a dictionary at hand, The Official Scrabble Player's Dictionary. I have an old, slightly battered Second Edition which came out in 1993. My son thought this was a bit outdated and surprised me with a gift of the latest Sixth Edition which includes many new words including emoji, facepalm, bitcoin and listicle. One of the current controversies is over the addition of "ok". Scrabble rules don't permit capital letters or proper names. The word used to be spelled OK but the spelling has been liberalized in recent years to permit ok in lower case. This is anathema to conservative purists but a boon to more liberal players who always are on the lookout for new two letter words.

In any event, my son said I could now chuck out the old battered Second Edition. "Ummm....No!" I replied. "Read this!" And I directed him to the third paragraph in the preface of the new edition: "It is the intention of the makers of Scrabble crossword games that they be enjoyed by children and adults alike. With this consideration in mind, words likely to offend players of the game have been omitted from this edition."

What a bald-faced lie!

The First Edition in 1978 included many dirty and offensive words. As did the Second Edition. So I told my son I was going to hang on to it for that reason. The compilers of the dictionary had no compunction at that time of using the words, which were invariably tagged with the line "an offensive term". Reminds me of when a friend and I looked up "fart" in the dictionary and found the definition: "a rapid expulsion of intestinal gas. Considered vulgar." We laughed uproariously at that! We were around ten at the time and were neither corrupted nor offended, just amused.

But back to the bald-faced lie. The Scrabble dictionary folks had no problem with vulgar or offensive words in the dictionary until some time after the Second Edition came out when a woman complained about one of the words. Judith Grad, a spiritual descendant of Thomas Bowdler, was mortified when an opponent played the word "jew" in a game. She challenged the word and they looked it up in the Scrabble Dictionary which listed it with the following definition:

Well Grad was not satisfied and went a step further, looking for other offensive words. She wrote to Merriam-Webster and Milton-Bradley, the dictionary's creators, and demanded the removal of the offensive term as well as removing NIGGER, KIKE, WETBACK and SPIC. As reported at scrabble.wonderhowto.com (SWHT):

"Merriam-Webster replied that "[the] slurs are part of the language and reputable dictionaries record them as such." Milton Bradley responded with "As a dictionary, it is a reflection of words currently used in our language."

But the hyper-sensitive Judith Grad was not one to give up easily. She tried to enlist the support of the Anti-defamation League, B'nai B'rith and the NAACP with no luck. She wrote letters to the editor denouncing Scrabble as a "game of hate". And finally she struck gold with the National Council of Jewish Women who went over Milton-Bradley's head and harassed parent company Hasbro. Hasbro caved and without consulting either Merriam-Webster or Milton-Bradley ordered the upcoming 1996 Third Edition expurgated of the offending words. And not just those words!

As SWHT reported in their 2011 article:

167 offensive words deleted! The mind boggles! (This mind also wants to know what they were!)

This sort of prudery, of course, goes back to one Thomas Bowdler who in 1807 published The Family Shakspeare (sic), a collection of twenty-four edited plays with an introduction that read: "The Family Shakspeare: In which nothing is added to the original Text: but those words and expressions are omitted which cannot with propriety be read aloud in a Family."

This edition was remarkably successful and in 1818 it was expanded to include all 36 plays. This expanded version went into its fifth printing in 1827, two years after his death. By 1850, eleven editions had been printed. His expurgated edition of Edward Gibbons's Rise and Fall of the Roman Empire was published a year after his death.

Although we tend to laugh at Bowdler today, and, indeed, his name has become a verb meaning prudish censorship, some, like poet Algernon Swinburne, praised him: "More nauseous and more foolish cant was never chattered than that which would deride the memory or depreciate the merits of Bowdler. No man ever did better service to Shakespeare than the man who made it possible to put him into the hands of intelligent and imaginative children."

Today political correctness goes beyond expurgating terms that may offend children to terms that may offend anyone. A couple of recent examples come to mind. My grand daughter had her picture taken with Santa and each child was given an attractive illustrated booklet containing Clement Moore's A Visit From St. Nicholas. The description of Santa includes these lines that were not in the original:

"The hat that he wore kept his head warm and dry.

And his glasses were clear, to see the night time sky!"

What did they replace? Why:

"The stump of a pipe he held tight in his teeth,

And the smoke it encircled his head like a wreath;"

Smoking, you see, is a no-no and children must not be exposed to Santa puffing away at his pipe.

This new version is the handiwork of Vancouver anti-smoking activist Pamela McColl who published a smoke-free version in 2012. Not surprisingly, she is also opposed to the use of marijuana.

The website Free Range Kids, which opposes molly-coddling children and supports teaching them self-reliance and independence instead, commented tartly, "One two-line glimpse of Santa's wicked ways and their future is a dark one indeed. And we haven't even TALKED about Santa's obesity problem!" Oh! Oh! Hope McColl doesn't see that! Or we may get:

He had a broad face and a trim little belly,

That shook, although slim as he disdained eating jelly.

He was lithesome and fit, but a right jolly elf,

And I laughed when I saw him, in spite of myself;

Of course, fat-shaming is now out so maybe she'll keep him plump!

In America a bowdlerized version of Huckleberry Finn was published in 2011.

Bowdlerization is alive and well to this day.

Now I just want to add a quick note here. Bowdlerizing a book is not censorship. It is taking editorial license. We may mock or ridicule such efforts, but calling them censorship is an error as the unexpurgated versions are still around for discerning readers who want to find them.

Cases of censorship still come up today. The controversy over Jordan Peterson and gender neutral words was about censorship. Last year some schools in America and Canada moved to ban Harper Lee's classic story of empathy and compassion, To Kill a Mockingbird.

Only governments can actually censor - which means to make illegal with punitive penalties for violating such laws. Arguably the banning of Harper Lee's classic in some schools is not censorship but an exercise of discretion, which is fit and proper. It is a gray area when the schools are public because then it actually is government policy. One can question the school authorities' choices but as long as students can get the book outside school, it is not really censorship. Unless the book is actually made illegal by the government, which means the government will seize the book if it comes across it and possibly impose punitive penalties for possession, we do not have censorship.

In Canada, in fact, a number of books actually have been legally banned in the past. But court challenges have overturned some of these bans, mostly to do with bans on explicit sex. Wikipedia notes in an article on Censorship in Canada that "banning books is not a common practice in Canada at the current time." But it goes on to list some books that have been banned by various levels of Canadian governments in the past. These include the holocaust denying Hoax of the Twentieth Century, the racy novels Lolita and Peyton Place, the racist novel The Turner Diaries and the Quebec separatist diatribe White Niggers of America.

The legal right to free expression is one that must be vigilantly guarded and protected. One of the things that makes me leery is when people like Donald Trump criticize the media and offer veiled threats of censorship. Politicians and political ideologues may dislike what they read in the media or in some books, but any attempts at censorship, that is legal prohibitions against works deemed offensive, must be resisted by all who love freedom of speech and freedom of expression.

More stories from Marco den Ouden and writers in FYI and other communities.