The US Banned Sliced Bread

The story behind, ‘the best thing since sliced bread’ 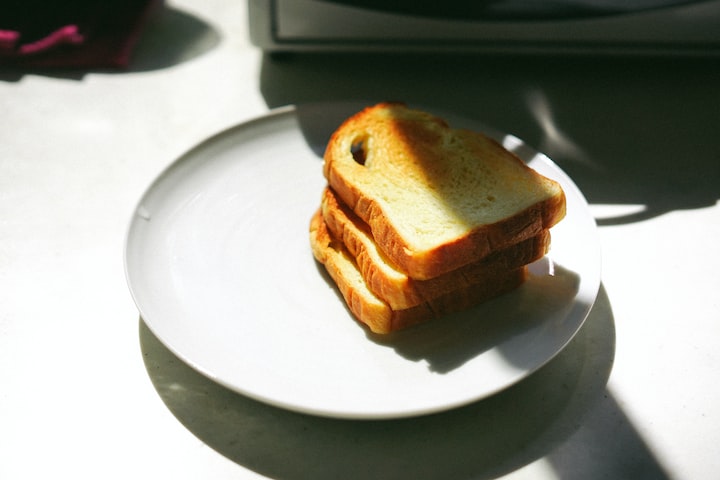 People love food and wherever you go in the world, that’s one of the topics that you can easily talk to anyone about regardless of your cultural differences. Here in the United States, we’ve had a very old saying for a long time, which is the best thing since sliced bread.

This journey begins around 1928 with a jeweler from Missouri, Otto .F. Rohwedder of Davenport, Iowa.

He saw a need that needed to be satisfied. He overheard homemakers in his jewelry store complaining about how difficult it was to slice bread and how much they hated it. It was the thing they looked forward to the least. Otto looked at this as an opportunity for innovation. He invented a delightful gadget known as the automatic bread slicing machine and became something of an American hero, at least in the kitchen. Otto was a bit of a renaissance man. He was an ophthalmologist, who decided to get into the jewelry game. He owned not one, not two, but three jewelry stores in St. Joseph, Missouri.

As early as 1912, he had built out a prototype for what would become his automatic bread slicer. And his big question was, what do we mean when we say a slice? What’s the difference between a slice of bread and a slab of bread or a sliver of bread? So, he did something very smart. He made a questionnaire-like survey, and instead of handing it out to people in person, he paid to get it published in several newspapers in the region and the country. And then in just a few months, more than 30,000 housewives responded and indicated that they wanted a bread slice that was neither too thick nor too thin.

He took the biggest group consensus and went with that because we know he didn’t make a variable bread slicing machine. And four years later, in 1916, he had sold off his entire jewelry business. He took the money he got and acquired a workshop in an abandoned warehouse, where he started trying to make his bread slicer. Something terrible happened the next year, disaster struck in 1917 in the form of a warehouse fire that engulfed his prototype along with all of his early drawings and blueprints. He was unshaken and he got back to work, even though he was set back.

In 1928, he had a fully working machine, not a prototype, the real deal. Not only did it slice bread, but it wrapped it as well. The first-ever pre-sliced loaf of bread went on sale on July 7 1928 when Frank Bench who knew Otto personally took a chance on his invention. He bought a bread slicing machine and he installed it at his Baking Company in Missouri. The original name of his product was Kleen Maid Sliced Bread and proved to be a success.

There’s a fascinating book by an author named Don Vorhees called Why do donuts have holes? Fascinating facts about what we eat and drink. According to Don, when these loaves were originally sold, people kind of didn’t want to buy them because they thought they looked sloppy and kind of gross. They didn’t look neatly sliced, and they also seemed to go stale faster.

There are so many preservatives in a loaf of bread that you buy at the store. Now, if you buy a nice loaf of bread from a local baker that doesn’t come pre-slice, you can easily ask them to slice them for you. But those will go stale and or mold quicker than a store-bought loaf.

Otto made these pins that are shaped like the capital letter ‘u’ and they would hold the loaf together so that when people went and saw it on the shelf, it would look more uniform, less haphazard and it worked.

The pin turned out to be a problem, it was an extra step and people didn’t like it. So, Otto modified the machine and all the slice loaves were just wrapped in wax paper. It still solved the problem of them looking sloppy, because nobody wants to just buy a pile of bread.

He ultimately found success and bread sales skyrocketed. People weren’t just eating sliced bread; they were eating more bread in general than ever before. Within five years, tons of bakeries across the United States had bread slicing machines, and 80% of all of the bread produced in the entire country came sliced.

There’s nothing like an innovation taking off and making people happy to get the government up in arms and ready to ban it.

Fast forward to 1943, people still love bread except for one guy that’s got a beef with it: his name is Claude R. Wickard and he is the head of the War Foods Administration. He’s also the Secretary of Agriculture. On January 18, 1943, for reasons best known to him, he bans pre-sliced bread.

He had a beef with pre-sliced bread. He was old school. The specific reasons are not clear at all. The speculation was that he felt as though it was a matter of conserving resources during wartime. He claimed it was something to do with conserving wax paper, wheat, and steel.

So, banning sliced bread made the loaf a little more inconvenient, but that wasn’t enough for him. He also made a very strange authoritarian law for local bakers. Local bakeries could not sell bread unsliced until it was 12 hours old. Gross.

The reason that they put in this crazy law is that Wickard thought if the bread you were going to buy was stale, then people would stop buying it as much. And maybe they would even resort to baking their own bread at home or give it up entirely meaning there would be more wheat, more grain, and more bread to circulate in the wartime population.

It was also intended to counteract a rise in the price of bread, caused by the Office of Price Administration’s authorization of a ten percent increase in flour prices. You can see the logic, right? They thought that they would be able to incentivize people to eat less bread and consume less flour but what about the wax paper conservation? So pre-sliced bread had to use wax paper that was way thicker than the loaves that were sold whole. And that was because they were trying to preserve the freshness, and keep it from growing stale.

The thing that’s weird about this, is that bread companies already had a ton of wax paper supplies. They’re like those people who hoard toilet paper, they had enough wax paper to keep them wrapping loaves for months and months, even if they didn’t buy anything else.

People don’t like to have things taken away from them that they have become accustomed to. This is interesting because this leads us to the saying that we all know today; because of this ban, people started referring to things as the best thing since sliced bread.

The ban became so unpopular that no one in the US government wanted to confess to having the idea of supporting it. So, Claude Wickard was really caught out there. He was going to be the scapegoat in this situation.

On January 26, 1943, a letter appeared in the New York Times from a distraught housewife:

“I should like to let you know how important sliced bread is to the morale and saneness of a household. My husband and four children are all in a rush during and after breakfast. Without ready-sliced bread I must do the slicing for toast — two pieces for each one — that’s ten. For their lunches I must cut by hand at least twenty slices, for two sandwiches apiece. Afterward I make my own toast. Twenty-two slices of bread to be cut in a hurry!”

That’s insane. It was a different time.

There were some loopholes. Hotels, restaurants, and railroad dining cars were given a 60-day grace period to prepare. Bakeries that didn’t play ball or toe the line got hit with some pretty steep fines, and they were warned that the government was prepared to take stern measures if necessary.

There was a baker named Fink who was also a member of the New York City Bakers Advisory Committee. He pushed hard for the bread slicing ban. But a year later, Fink found himself in a courtroom for slicing bread. The New York Times reported that US Attorney read Fink the riot act. Fink called upon the government to enforce the regulation rigidly and at the same time, his bakery was violating the law. He was fined $1,000 which is equal to $14,697.61 today. That was a pretty steep penalty, but I think he had it coming.

It feels like his angle was that he wanted to make sure he was one of the only bakeries selling sliced bread to get ahead. Bakers were losing cash because of this dough. Sales were dropping in the neighborhood by as much as 10%. According to the Harrisburg Telegraph, there’s a quote from that article from 1943 in February. While all bakers had varied reasons for the prevailing decrease, they all agreed that the absence of sliced bread was at least playing some part in the drop.

Otto was very much alive at this time. He lived until November 8, 1960. He sold the patent to his invention to another company; he was doing pretty well off and he had already made his nickels.

By March 8, 1943, the ban was lifted. In a statement issued to the public, the War Production Board confessed that “savings are not as much as we expected”, and that there was sufficient wax paper in the hands of bakers to wrap sliced bread for four months.

A good place to put a button and a bow on this story is a great headline from the New York Times when the ban was lifted. The New York Times published an article reading that sliced bread was put back on sale and housewives’ thumbs were safe again.

Like what you read? Send me a gift below to help contribute to my next adventure!

I am a photographer of thoughts, let me capture your soul.