The Mad Science of Aseptic Technique

by Jackson Bradford 3 months ago in Science

How the "Father of Modern Surgery" was thought to be insane 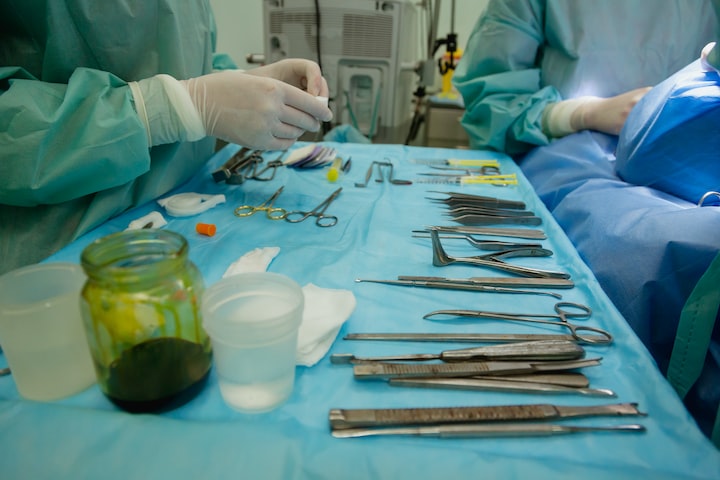 Photo by Olga Kononenko on Unsplash

Imagine yourself in the year 1855, you have fallen from a horse drawn buggy and your arm has suffered a gruesome compound fracture. A piece of broken bone is protruding through your skin and fiery red blood is everywhere. You are rushed to the nearest doctor who will attempt to set the bone properly before bandaging the wound. Before they begin however, the room's bad air or miasma must be removed from the room due to the doctor's recent previous patient. At this point in time miasma was thought to be the cause of infection, so the doctor opens up a window, lets some fresh air in, and then straps you down to the operating table and picks up the still blood covered tools from their previous patient and begins their work on you.

Sadly, many people perished during this time from what would be considered relatively minor operations today because of infections obtained from surgery. Miasma had become the prevailing theory in the mid 1800s as to why infections were happening and the sad truth is, the idea of "bad air" is not far off from what was actually the cause. As we know now, bacteria is in the air all around us, so the doctors of the 1800s had the right idea but they missed that it's also on all surfaces and does especially well in surfaces covered with blood. Washing hands and cleaning surgical tools were not normal operating procedures for doctors at the time and because of this any surgery could be a death sentence.

Enter 1865, a surgeon named Joseph Lister had recently read a paper published by the brilliant Louis Pasteur. The paper showed how food spoilage could be prevented through a variety of methods, including heat, filtration, and certain chemicals. Intrigued by the third method, Lister began to experiment with a chemical called carbolic acid. Originally used to treat wood and improve the smell of sewage, Lister applied the mild acid to bandages, operating tools, and even sprayed the operating room air with it. The acid was used in bandages to help treat a child who had suffered a compound leg fracture. To Lister's amazement, when the bandages were routinely changed no signs of infection were found in the child's leg and he successfully healed from the accident.

Pasteur's work manifested into the idea of Germ Theory, the idea that microorganisms caused disease, not bad air. Unfortunately, for pioneers like Lister, Germ Theory had not become a universally accepted idea in the scientific community yet. Lister was mocked and laughed out of many meetings and scientific organizations. Many considered his ideas crazy, the thought of tiny creatures all over everything and that these creatures must be continuously washed prior to each surgery probably sounded like a fairy tale. A medical journal in Britain even suggested to other practitioners to actively avoid Lister's techniques. Imagine the difficult situation for Lister, seeing your ideas help save lives but then be scorned by your colleagues and community. The stress must have been suffocating for him, who had already suffered a mental breakdown earlier in his career due to the death of his brother from smallpox. He had become the world's first germaphobe, a lonely sentinel scrubbing and cleaning against unseen but genuine terrors.

Fortunately for the world, Lister continued practicing his aseptic techniques and taught others how to do them. Thanks to critical support from a few colleagues and his wife Agnes, who was his lab partner throughout most of his work, Lister persevered. After enduring humiliation for years, he began to draw crowds to his lectures and was eventually featured in medical textbooks. Into his later years, he received awards and honors well deserved and well overdue. He was considered, "The Father of Modern Surgery" and changed medical practices forever. His contributions have saved the lives of millions and some of his techniques are still used to this day.

From one germaphobe to another, thanks doc.