The History of Television in the United States

by Elisa Toy about a year ago in Historical
Report Story 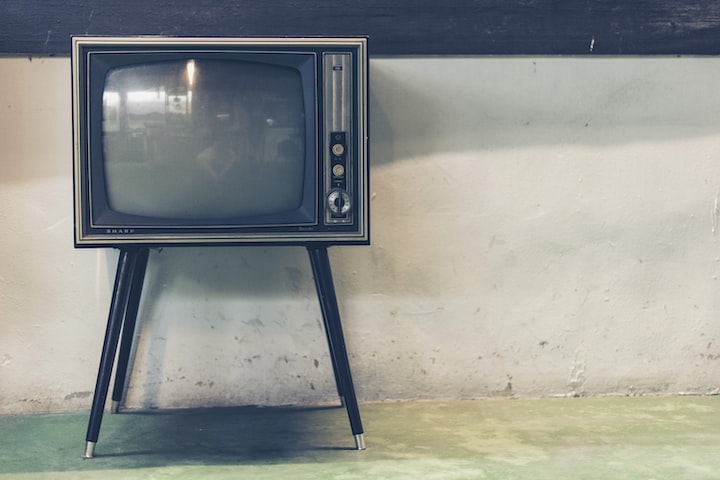 Photo by Sven Scheuermeier on Unsplash

Started From The Bottom

The early ownership of television began with television stations being operated by Amplitude Modulation (AM) radio stations and newspapers, instead of individual television networks (Danesi, 2019).

The first television network in the United States was the National Broadcasting Company (NBC), with its headquarters located in New York City, where it’s still headquartered today (Danesi, 2019). Their beginning as a television network led the way for television to be controlled by networks all over the United States. Throughout the beginning of NBC’s days, they would send programming through telephone lines to affiliated stations (Danesi, 2019). Stations during this time would simultaneously broadcast an identical program by two or more connected stations in different time zones. This was called chain broadcasting (Danesi, 2019). Shows that were broadcasted for the East Coast had to be re-performed for the West Coast as videotape did not exist until the year 1956 (Danesi, 2019). This meant that the West Coast would have received variations of the same broadcasted content as the East Coast.

Although more channels were added at this frequency, their signal was less powerful (Danesi, 2019). More power was needed for the UHF signals to reach the same distance as the VHF signals, thus costing more money (Danesi, 2019). Additionally, televisions were also unable to receive UHF signals without modification and reproduction (Danesi, 2019). This produced the All Channel Receiver Act of 1962 in which any television made by 1964 had to pick up both VHF and UHF frequencies (Danesi, 2019).

An innovative creation called the microwave oven, accidentally introduced during World War II, led to the invention of the microwave emitter (Danesi, 2019). This microwave emitter pushed broadcast signals further and allowed for television to reach more individuals within the United States (Danesi, 2019). CATV, which is widely known as cable television, was brought to fruition from this invention. Cable television worked by using common coaxial cable to distribute coax, directing cable television signals to households all across the United States. However, with the introduction of cable television, came the disappearance of local stations from programming. This disappearance of essential, local stations led to the FCC proposing the Must Carry Rule in 1965, which forced all cable systems to carry local programming stations (Danesi, 2019).

During this time, the FCC was adamant about preserving the importance and success of local programming stations. In 1972, the FCC created the Non-Duplication Rule for simultaneously broadcasted programming, which meant that if a local station carried a program, cable stations could not carry that same program (Danesi, 2019). This rule preserved local programming stations, as well as mandatorily enforced that cable systems must have at least 20 channels to operate. However, the rule was eventually dropped in 1980 (Danesi, 2019).

The sharp decline in customers for these services was solely due to internet television being the more affordable option (Danesi, 2019). Streaming platforms are still the more affordable and widely used options today. An individual can subscribe to streaming services such as Hulu, Netflix, and Disney Plus with the use of a basic internet plan, and pay less per month than the cost of cable television services.

The technological advancements of television in the United States have led us to the widely normalized use of internet streaming platforms. As technology continues in its trend of rapid advancement, we could soon see television that continues to increasingly cater to its audience as well as display more interactive features, leaving individuals with more power to choose what they want to see.

More stories from Elisa Toy and writers in FYI and other communities.