Sunglasses Were Invented in Ancient China

by Steve Brown about a year ago in Historical
Report Story

Sunglasses were invented in 12th-century China for judges to mask their emotions. What a period to make a sentence! 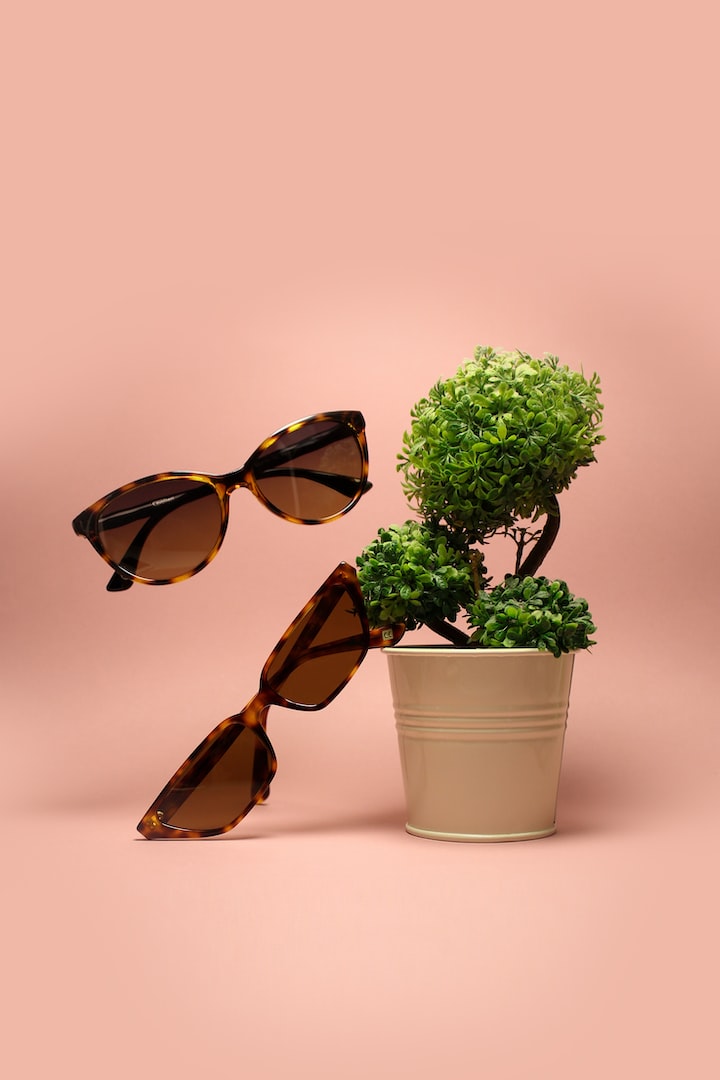 Photo by Apostolos Vamvouras on Unsplash

Sunglasses are intended to protect our eyes from the sun and help us see better when it’s bright out. They’re more than that, though — they’re a fashion item. Wearing the right pair of shades with a sharp outfit can make you look fantastic.

Believe it or not, however, sunglasses are not that young of an invention.

Well, sunglasses as we know them are only about a century old. But their precursors can be traced back to ancient times.

In particular, we have Ancient China in part to thank for this cool protective gear that doubles as a fashion accessory.

The Origins of Sunglasses

Peoples as far back as the prehistoric Inuit wore some form of eye protection to keep their eyes safe from the elements.

That said, the Inuit’s “sunglasses” were simply walrus ivory with small holes in the middle so users could still see. There technically wasn’t any protection for the center of their eyeballs — if something slipped through that slit, then it rendered the “lenses” useless.

Later in history (but still quite ancient), there’s a legend that Roman emperor Nero wore emerald glasses while watching gladiators battle it out in the Colosseum. People speculate whether he was showing off, protecting his eyes from the sun, or if they were somehow vision-corrected.

The first real pair of sunglasses — that actually included lenses — historians are aware of were invented in 12th-century China.

The Ancient Chinese invented the first real pair of sunglasses with lenses. The lenses were made of a slab of smoky quartz, and they were attached to a frame that roughly fit the wearer’s face.

Only rich Chinese citizens could afford these sunglasses at the time.

However, Ancient China didn’t invent sunglasses to protect their eyes against the sun. Sure, the sunglasses technically blocked some sun rays. After all, there was something where the lenses are supposed to be.

But these lenses didn’t block UV radiation, nor were they vision-corrected.

So for what purpose did these ancient stylish shades exist?

Believe it or not, they were legal tools.

See, judges in Ancient Chinese courts wore these sunglasses to mask their emotions and facial expressions. This blocks their eyes, so others can’t see their pupils dilate or eyes move in response to stimuli.

It’s a lot like how professional poker players wear sunglasses so other players can’t see their pupils change size in reaction to a good/bad hand.

For example, the pupils dilate when someone sees something desirable (such as a Royal Flush). Shades prevent other players from seeing this, making it harder for other players to determine what hand the shaded player might have.

But back to the Ancient Chinese use case:

By shielding the judge’s emotions, legal proceedings could be more impartial.

The judge could appear emotionally detached from proceedings and verdict. It would be harder for either party to appeal to certain emotions if they couldn’t tell what the judge was thinking.

They could hide their feelings better when questioning the accused, too. Plus, it was harder for parties involved in the legal proceedings to predict what the judge’s verdict may be.

Funny enough, the Chinese sunglasses legacy is still alive today. Xiamen, a port city in SouthEast China, just across the Taiwan Strait from Taiwan, is the world’s largest sunglasses exporter. Xiamen’s ports export about 120 million pairs of shades per year.

So if you’re wearing shades right now, there’s a chance they came from Xiamen.

Eastern and Western civilizations eventually met as they began exploring the world. This facilitated the exchange of goods, services, and ideas, notably via the Silk Road.

Hundreds of years later, we can see the first experiments with vision-corrected sunglasses. Around the 1750s, London optician James Ayscough started playing around with putting tinted lenses in spectacles.

He believed that glasses with green or blue tinting might help correct specific vision issues.

That said, the sun was of no concern to him. The tinting might have actually blocked some of the sun’s bright rays, but Ayscough’s goal was not to create a form of eye protection against it.

Modern sunglasses as we know them first appeared in the 20th century. Movie stars wore sunglasses to shield their eyes from studio lights.

As film became prominent in pop culture, people began wearing sunglasses to look like the stars.

But things really kicked off when Sam Foster — an Austrian immigrant to America — began selling the first mass-produced shades. This turned sunglasses into a truly hot fashion item.

Other companies got in on the craze, and over decades, sunglasses saw various improvements and upgrades.

Today, there are tons of sunglasses brands, with prices ranging from free (those cheap ones you get in free gift bags) to thousands of dollars. Some block the sun’s rays, others correct your vision, and still others are meant merely as a fashion accessory.

But no matter what brand you wear and why you wear them, you have the Ancient Chinese (at least partially) to thank.

My name is Steve, I&rsquo;ve been in love with history since my first lesson on the American Revolution in the third grade.

More stories from writers in FYI and other communities.