by Jason Ray Morton 4 months ago in Science

The Burden Of Paranormal Abilities 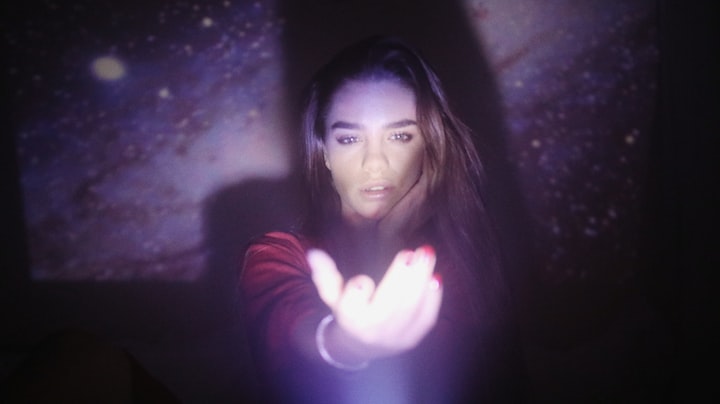 You really wouldn't need kryptonite to bring Superman to his knees or have to have the infinity glove to beat back the Avengers. You don't need to kill Batman to cripple him. All you'd need to bring down the greatest superheroes of our imaginations, or for that matter, any mortal human being of good character, is for them to end up with one more heightened ability. Many people have the ability, to a point, but there's one that can go too far and break the strongest of minds.

The sixth power of an Empath is more than any well-adjusted, decent being, could possibly endure.

The Powers Of An Empath

Have you ever instinctively known how a complete stranger was feeling? How about those times when others’ feelings seemed to rub off onto you? Maybe you are someone who seems to feel every emotion in an extremely profound way, even the simplest of human emotions.

These are all signs of empathic abilities. An empath is someone that is highly sensitive to the feelings of those around them. More often than not, the empath won’t even be aware of their heightened ability, or the sensitivity to the feelings of others. If you believe you may be an empath, as opposed to just being able to show empathy, there are signs of abilities you’ve probably experienced at some point.

Have you ever heard the old adage about women’s intuition? When I was a kid, no matter what was going on, my grandmother had a peculiar sense of intuition. I noticed, as I got older, that I seemed to be very intuitive.

While I’m not saying that I’m an empath, an empath is a highly intuitive individual, and they seem to know things. Not specific things, or about specific events, but more about the emotions around them. Individuals have rough pasts and an empath will be able to sense the past hurt and pain. If someone has an optimistic future, empaths will sense their excitement and hope. When people are in love, the empath will sense things about them immediately. The individual in love doesn’t have to say or do anything to tip off an empath as the empath is feeding off the vibes coming from others.

As empaths are so in tune with the feelings of other people they often want to help as much as possible. They sense when people need help and the appreciation of those that receive help. Whether it’s conscious or subconscious, that gratitude by others tends to be motivation for an empath to continue helping others. Feeling the gratitude of others, over and over, can bring a sense of peace and well-being to the world.

There are always those people that go out of their way to help others. Some call it a calling, others call it a career, and others still…do it to feel good about the world. There’s something inside empaths that make them want to make the world a better place. They all desire the world to be in a place of harmony and tranquility.

Very little escapes an empath’s attention. Empaths can be great cops, detectives, investigators, and explorers. With realizing that they’re doing it, empaths observe and notice everything going on around them. They notice small differences in people from things as subtle as a change in someone’s gate to the way their clothing and make-up look from one day to the next. An empath will likely notice changes in a woman’s hairstyle, or that a guy got his hair cut, before anyone else in the room.

The most highly observant empaths will pay attention to the smallest, minute details. They notice the colors of an individual's buttons, the way someone smiles, or the notes of a lovely scent. They may even notice when a co-worker's production goes up, or down. More importantly, they sense how others feel about things. No matter how much people try to hide their feelings, an empathic individual will observe things that can’t be hidden by people.

Empaths by nature are sensitive people and have a heightened sensitivity that allows them to pick up on the feelings of others. This can also be a bit of a problem for the empath. Until empaths learn to control their powers being naturally sensitive can rule their emotions. For instance, if someone is extremely sad or depressed, the empath will absorb that feeling and may even become sadder, more depressed, than the person in their lives feeling those emotions.

It’s because of this sensitivity that empaths feel like the weight of the world is on their shoulders, and their’s alone, when terrible things occur and it can sometimes be a very overwhelming experience to endure.

I’d be willing to bet that at some point we’ve all uttered the words ‘I completely understand’ or ‘I know how you feel.’ When the empath says this, they actually do know how you feel. They are feeling the same thing you’re feeling as if they’re sharing your pain with you. By a certain age, as empaths pick up on almost any of the emotions around them, they have become a lot more understanding and compassionate because they’ve felt all of the things and feelings we go through.

Empaths also sense our truest intentions. When an empath is in a dangerous situation they feel that sense of dread that people claim before something unfortunate happens. Their heightened awareness can even become an asset once they learn to listen to their senses.

The Sixth Power Of Empathy

Empaths, true empaths, are going to suffer. The empathic-minded people in the world, the ones with truly elevated powers, are going to feel every bit of pain, suffering, heartache, and worry the world has to offer. Then, there are those that are the most powerful, the most gifted, and the most cursed.

Empathic Sight is a subject that is talked about very little in paranormal studies as it almost pushes the gifted person into the realm of being a psychic. This is the power that doubters will decry as a parlor trick, a piece of fiction, and the signs of a con artist.

The ones that will easily believe that this power exists are the ones that have been in contact with a true empath and the empath has used this ability, either as a conscious decision, or a completely inadvertent act. When the empath makes physical contact with the person feeling something from their lives, the empath doesn’t only feel the pain and heartache the victims suffer, but they are able to see the memories of that person. It plays out like a movie, in their minds, and leaves them knowing things that are impossible to know.

An example of this, and I understood why others thought it was an act or a trick, or rehearsed, was when a woman going through some stress from traumatic memories became very friendly with an unknowing potential empath. When the two made physical contact, a simple, friendly, pat on the knee, the empath turned ghost white and at that moment was frozen in fear. There was no way to understand what it was that rushed through his head. It left him to wonder what was wrong with him.

The scariest part for him was seeing what happened, what the woman was constantly reliving in her mind, and had for years. He could describe the place it occurred, the time of day around the occurrence, and even the other person involved. When he later asked her about things, he was able to describe the other person to her. The other person had passed away in 1970. The potential empath was born in 1972.

We unfortunately live in a world that we don’t fully understand. If you aren’t someone that has witnessed an unexplained phenomenon, received a phone call that sent chills down your spine only to pick it up and receive an unexpected death notification about a loved one, watched something scary in the skies, or noticed strange shadowy creatures near your home, then you may be a non-believer. The reason many believe in the weird, the bizarre, and the unexplainable, besides the entertainment value, is that they’ve seen something for which there were no answers.

A highly powered empath would have to possess the greatest discipline of any human in this world. They would hear the cries of victims reliving their traumas, feel the pain of the heartbroken, and know the vile, evil feelings that some carry with them every day. Highly powered empaths most likely would seek refuge in the country, near only smaller towns or cities, and would likely stick to themselves and enjoy solitude more than the rest of us. They would be this way as a defense mechanism, something that would protect their sanity.

Despite it being an amazing gift, leaving the empathic person capable of helping others, the gift would feel like a curse to most. Imagining feeling all that pain and suffering is scary. We all have our own baggage that we carry through this world. Imagining having such a heightened power that you could see into the minds of the suffering, not only feeling their pain but reliving it with them, I imagine never wanting to be around people again. It could spiral out of control and lead one to a very lonely, very solitary life.

We’ve all grown up worshipping superheroes, and most people at some point have at the least, for a moment, imagined what it would be like to have special powers or abilities. However, when it comes to extremely powerful empaths, I wouldn't want to suffer from that gift. Knowing the things people suffer in the world is one thing. Feeling the suffering of everyone around you would be quite another.

If you're reading this and found it entertaining please consider leaving a heart below. Also, if you have stories of your own to tell, expertise in some subject, or imagined writing for an audience, consider clicking this link and joining the 30,000 plus members of Vocal +. It opens up the possibility of writing for Vocals challenges where cash prizes are up to 20,000 dollars as well as allows you to earn a passive income stream by writing in any of the varied communities on the platform and getting people to read your work.