by Desmond James 7 months ago in Science

This must be a lie 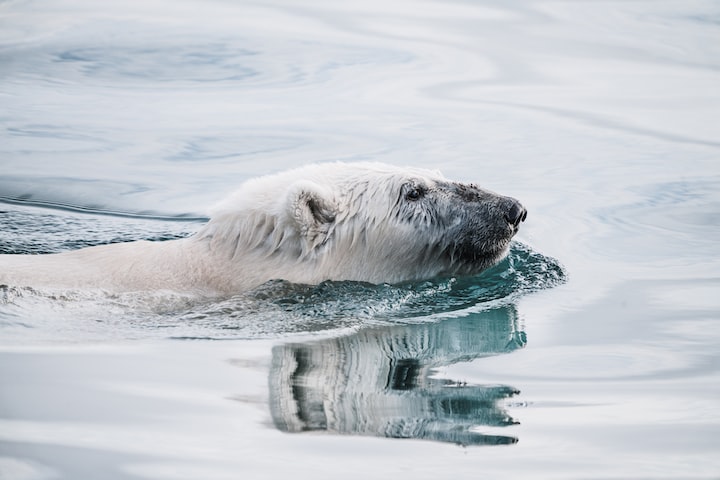 Polar Bears are fascinating animals, more so than other bears because of their large size, unique colour, and arctic environment where they live. They are the largest land carnivores in the world, and live in some of the coldest and inhospitable places on Earth. People who are interested in and learn about these tough and rugged bears know they normally hunt seals. Hunting seals takes patience and strength, as the seals polar bears routinely hunt can weigh up to 150 pounds and must be hauled out of the water after being caught. If you have tried to lift anything out of the water, you know how hard that is. It doesn’t hurt that male bears can weigh as much as 1400 pounds, which is nearly 10 times as heavy as a keg full of beer. They massively outweigh their regular prey.

However, at times, polar bears hunt much larger animals, such as bearded seals. These seals can weigh as much as 900 pounds, so hunting them is quite the feat. However, these unbelievable bears don’t stop with huge bearded seals, they also tackle another massive pinniped: the walrus.

When I first saw video of a polar bear hunting and killing a walrus many years ago, I was surprised to say the least. Walruses are big; very, very big. Males can weigh up to 3500 pounds, so attacking them takes courage and strength, especially since these animals process huge tusks that can easily impale any bear. Further, walruses have thick skin and blubber, so successfully hunting one is no easy feat and makes the seals they normally eat look like a snack. Given the size and strength of adult walruses, it isn’t surprising that bears target the young ones. Still, it takes a lot of work to have success and a meal. The bear needs to get past the adults before it can even try to catch a young one. When it came to hunting walruses, I thought I had seen it all when it came to these immense bears.

This changed recently when the promotional commercials came out for the BBC documentary series Seven Worlds: One Planet. They showed something that I could not even fathom: polar bears hunting beluga whales! I thought this was fluke and the film crew saw what amounts to an act of desperation. Imagine my surprise when I dug a bit deeper into this phenomenon and learned this was a way of hunting, for bears, had been documented many times before.

Although small for a whale, belugas are so much larger than the bears that hunt them. Up to 18 feet long and weighing more than 3500 pounds, they are formidable prey. Not only that, they are also faster than bears and can easily dive and swim away from the large land-based carnivore. It seems incredible that any land-based hunter, with the exception of humans, could even be successful tackling this ocean swimmer. In human terms, I think it is like a person catching a tarpon with our bare hands. Not likely, but the white bears have seen carrying out this amazing feat numerous times and in different locations.

A 1985 research paper outlined a report of a polar bear successfully hunting a beluga calf in the Canadian High Arctic. A study in 1988 documented numerous instances of bears taking beluga whales. It did not seem possible for this to happen, and then came the video of a bear leaping onto these whales in Manitoba’s Seal River. There it was on video: Polar bears targeting and feeding on belugas. These amazing carnivores just became more amazing for me. Could they do anything even more incredible? Probably. There are reports of polar bears hunting another whale, the narwhal.

Being an avid reader since I can remember, and writing professional communication products for work, I embark on a new journey. Writing is something I enjoy and I find inspiration all around me, especially in nature. Let's see where I go.

Receive stories by Desmond James in your feed
Desmond James
Read next: What to Look for When Buying a Vintage Rug