NOTRE DAME - AFTER THE FIRE

by Paul Asling 5 months ago in Historical
Report Story

From a complete catastrophe, Notre Dame’s fire gave birth to an unparalleled opportunity for archaeologists and scientists to work on the building’s heritage. 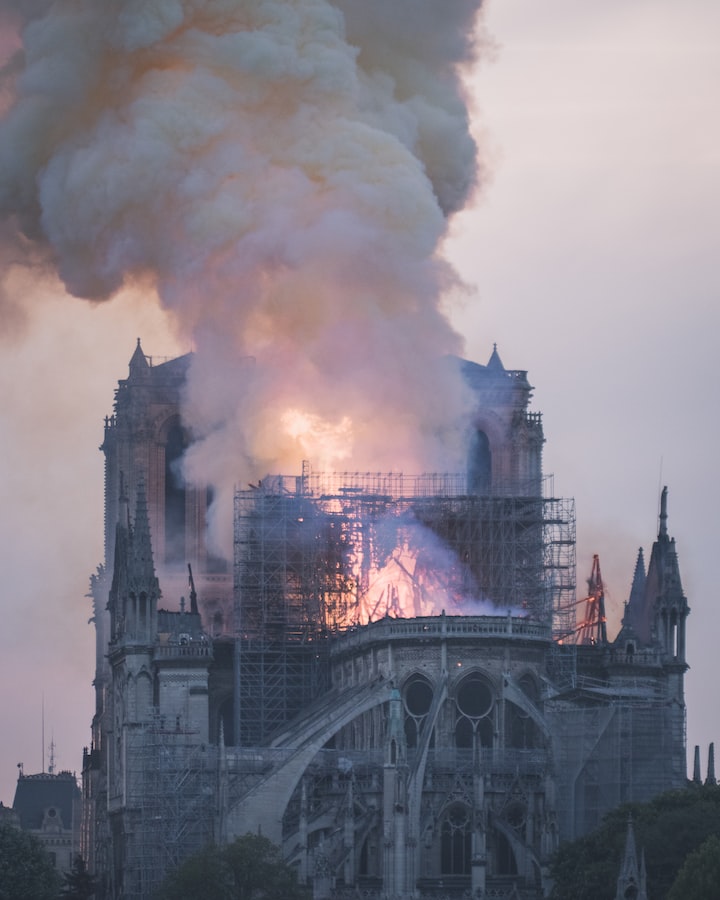 Photo by Nivenn Lanos on Unsplash

NOTRE DAME - AFTER THE FIRE

From a complete catastrophe, Notre Dame’s fire gave birth to an unparalleled opportunity for archaeologists and scientists to work on the building’s heritage.

The night of April 15, 2019, brought unthinkable disaster to Paris’ iconic medieval cathedral. The Notre Dame fire was shocking, but it opened many doors to carry out research on the building.

Many religious relics and paintings were rescued, but some suffered smoke damage and some of the art was destroyed. The cathedral’s altar, organs, and three 13th-century rose windows suffered a small amount of damage. The fire resulted in the contamination of the site and neighbouring parts of the city with toxic dust and lead.

The huge fire caused the spire to collapse and destroy most of the roof. The upper walls were also badly damaged. The demanding task to rebuild it was just not for the architects and builders restoring the building, but also for the archaeologists.

The Regional Archaeological Department had the remnants of the charred roof, and spire recognised as archaeological remains and organised an archaeological excavation. French President Emmanuel Macron stated the cathedral would be restored by 2024 and launched a fundraising campaign. The campaign fetched donations of more than €1 billion as of April 2019.

The cathedral was started in the 1160s, and most of it was finished in the 1260s. Many alterations and restorations have followed over centuries. Much of the metal in the cathedral dates to the time of the original construction in the 12th and 13th centuries. They discovered a sequence of iron cramps were exposed below the beams on the upper walls, which were inaccessible before the fire. Some more were also unveiled in the dome and in the nave using metal detectors.

The cathedral held records of the tree rings of the trees felled to build it. Pieces are still being examined and are undergoing chemical and carbon dating work. These studies want to clarify how the metal sections were used in the building construction. This will shed light on the selections made by the builders, along with the ancient supply and trade routes.

There’s been a big focus on the lead within the building. The metal was used for roofing tiles since the initial phases of Notre Dame’s building was to seal stones and iron armatures, particularly in the 19th-century spire. Tons of lead were used in the construction, yet not much is known about the metal.

Research aims to find the practices of specialised craftsmen and the different sources of lead that were used. For instance, the 13th-century roof was tiled again in the 18th and 19th centuries. This was done by recasting the old lead. Because of digital mapping and archaeological excavation, the original place of the burnt beams in the framework can be reconstructed. The timbers used also provided vital information on the 12th-century climate. Trees living in the period, that were felled to build the cathedral, will hold a record in their tree rings of what the climate was like.

The north and south transepts, each hold stunning stained-glass windows. The cathedral records suggest the transepts were the work of two masters: Jean de Chelles and Pierre de Montreuil. But the analysis of lead joints suggests they share a similar configuration and might have been made at the same time.

Architects finished their first analysis of the cathedral’s construction in December 2020, but much more remains to be done. So, from a complete catastrophe, Notre Dame’s fire gave birth to an unparalleled opportunity for archaeologists and scientists to work on the building’s heritage.

Archaeology has certainly moved on over the years. Remote detecting technologies such as ground-penetrating radar can peer deep below the earth, building imageries of underground structures. Drones have been a game-changer. Instead of placing together big survey expeditions and mapping locations inch by inch, archaeologists can now send up a flying camera and create digital models on their computers. These can expose where buildings once lay and where boundaries were laid down. Giving detailed data that will help target and plan any additional analysis.

I share a special love for London, both new and old. I began writing fiction at 40, with most of my books and stories set in London.

MY WRITING WILL MAKE YOU LAUGH, CRY, AND HAVE YOU GRIPPED THROUGHOUT.

More stories from Paul Asling and writers in FYI and other communities.