Legendary People That Influenced The World Were From Ex-Yugoslavia

by Oberon Von Phillipsdorf 6 months ago in Historical

Yes, I am sure you didn't know. 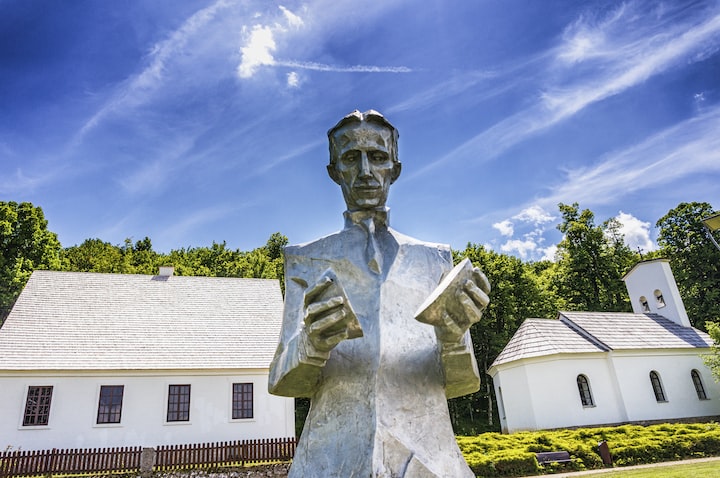 The Balkans is my favourite region. Especially Serbia. There, I said it.

For a long time, Serbia was known for wars and lots of other negative things. Unfortunately, that is how Serbians were portrayed by the BBC and other Western media.

I would like to emphasise the hospitality and welcoming nature of Serbs. It is such a genuine warmth that I struggle to leave the country.

Relatively few tourists visit Serbia. But this lack of tourism doesn’t mean the Balkans are some obscure part of the world.

Even though it is settled in a turbulent location, Serbian soil gave birth to some of the most revered people in various branches. You will definitely be surprised by some of these, let’s take a look at the list of the 11 most interesting ones.

You don’t earn the name ‘‘The Man Who Invented the 20th Century’”. Nikola Tesla was the “ahead of his time”, a shining light in a sea of tradition and conservative science. He made dozens of breakthroughs in the production, transmission and application of electric power.

He invented the first alternating current (AC) motor and developed AC generation and transmission technology. Though he was famous and respected, he was never able to translate his copious inventions into long-term financial success.

Ivo Andric, novelist and short story writer, and Yugoslav diplomat. He is one of the most famous writers in the area of Ex-Yugoslavia. His literacy was motivated by life in his “native” Bosnia under the Ottoman Empire. His books have been translated into over 30 languages.

He died in Belgrade, Serbia. His native house in Travnik (Bosnia and Herzegovina)has been transformed into a Museum, and his Belgrade flat hosts the Museum and a charity foundation.

In 1961, the Nobel Committee awarded him the Nobel Prize in Literature, selecting him over writers such as J. R. R. Tolkien, Robert Frost, John Steinbeck and others.

Mihajlo Pupin was born in Serbia, he emigrated to the United States in 1874. Mihajlo Pupin received an award for contributing to the national interests of the US, and so is a crater on the Moon was named after him. In 1924, he won a Pulitzer Prize for his autobiography.

Pupin was elected president or vice-president of the highest scientific and technical institutions. Mihajlo Pupin was one of the founders of an organization that had later become the National Aeronautics and Space Administration (NASA).

For five straight years, a world-famous Serbian tennis player Novak Djokovic stood alone on top of the tennis mountain. Novak is the only male player in the modern age to hold all four Grand Slam tournaments at once, and his 2016 total of 16,950 ranking points is the highest in the history of the tour.

Just recently he also reconfirmed his title of the greatest tennis players — he has spent 311 weeks at no.1 — the most ever for any player on the ATP Tour in the 48-year history of the FedEx ATP Rankings.

Emir Kusturica is one of the most influential filmmakers of the modern age. He stands behind the movie “Underground”, “Life is a Miracle” and many more, Kusturica’s films are a chaotic blend of Balkan tradition and darker than a dark comedy.

He has been recognized for several internationally acclaimed feature films. He has competed at the Cannes Film Festival on five occasions and won the Palme d’Or twice.

His movies manage to straddle the line between absurd and affecting, filled with preposterous characters that are just fallible enough to exist. He was awarded by

First wife of Albert Einsten. After graduating from school as the best in mathematics and physics, receiving special permission to enrol the all-male Royal Classical High School in Zagreb and studying medicine at the University of Zurich for a semester, Mileva transferred to the Zurich Polytechnic to study physics and mathematics.

She was the fifth woman to be admitted to this school as well as the only woman in her group of six students.

It is unclear what role Mileva Maric played in Einstein’s work. While at the patent office, he spent much of his off time from work studying physics and working on theories. In 1905, Einstein published a series of papers, which became known as his greatest works. It was during this time that he introduced his theory of relativity and the famed formula, E=mc2.

Some believe that Mileva has influenced if not “solved” Albert Einstein's formula for him. After Albert won the Nobel prize he has given her the prize money. At that time, they were already divorced.

Dusko Popov was a double agent in World War II and a genuine international playboy, whose antics in a casino led to Ian Fleming creating the Bond character.

Fleming observed the double agent firsthand. It was at a baccarat table, where Popov bet against a wealthy adversary who had fled Nazi Germany. The event took place at Casino Estoril, which in Fleming’s novel was transformed into the impressive setting depicted in Casino Royale.

As an intelligence officer, Fleming was assigned to accompany Popov discreetly as an MI6 escort. Popov was carrying $40,000 that belonged to Her Majesty’s Government that night. Popov faced his opponent at the table and provokingly placed the $40,000 on the table, around 10 times more than people’s annual earnings in the early 1940s. The entire casino fell silent, and Popov’s opponent withdrew from the game.

Disney’s Mulan is a piece of fiction, but the life of Milunka Savic was everything but. She was the most decorated female in the history of war and entered the Serbian Army in 1913 in place of her brother, but her gender was not revealed until she was wounded in battle years later. Savic went on to take part in three wars and has been rewarded internationally for her courage.

If you were to ask anyone in Hollywood whether they knew someone named Mladen Sekulovic, you would get a “no”. But what about Karl Malden?

This famous actor of Serbian-Czech descent played important roles in more than 65 films. Malden’s portrayal of Father Barry in 1954’s “On the Waterfront,” was largely based on the true story of Father John Corridan, a Jesuit priest who fought corruption in New York City during the post-World War II.

Malden’s performance earned him an Academy Award nomination for the best supporting actor.

Josip Broz commonly known as Tito was a Yugoslav communist revolutionary and political leader, serving in various roles from 1943 until his death in 1980. Since most Balkan countries were part of Yugoslavia, Tito is often taken as a symbol of this region of the World.

Tito was respected both by the West and the East, his funeral is regarded as the largest state funeral in history. Guest included 4 kings, 31 presidents, 6 princes, 22 prime ministers and 47 ministers of foreign affairs. They came from both sides of the Cold War, from 128 out of the then 154 UN countries and over a million people on the street of Belgrade. Among them, there were Leonid Brezhnev, Margaret Thatcher, Indira Gandhi, Saddam Hussein and many others. All together — for one man.

Many people are still remembering his period as the best they have had. I wished to be born in the time that Tito “ruled”.

This article was originally published by me here.

More stories from Oberon Von Phillipsdorf and writers in FYI and other communities.