Humanity's message to the Aliens: The Golden Record.

by siddhesh thakare 11 months ago in Science
Report Story

NASA launched Voyager 1 and 2 in space along with golden records that had humanity's message to the aliens. 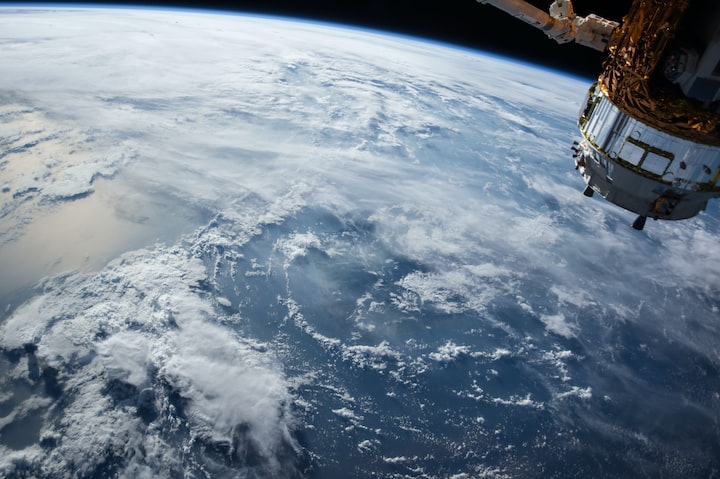 In 1977, NASA launched two spacecraft, Voyager 1 and Voyager 2. These spacecraft had something very interesting in them. They contained two golden records, one in each spacecraft, that had some weird symbols and shapes. But, these shapes were actually humanity's message to aliens, if there are any out there. The covers of these records looked something like this:

What are the shapes on the cover?

Well, we cannot simply put instructions on the covers in our language because the aliens won't understand. Also, we cannot use regular scientific symbols, because the aliens might be having their own set of symbols that is totally different from ours. So, the scientists had to use something that was constant for the whole universe. So, they decided to use the universal constants. Now, you might have learned about the constants of the universe in your school. These are some specific quantities that never change, wherever you go. This clever decision is what laid the whole foundation of these records.

Now, let's analyze these symbols one by one. Starting from the bottom left corner. We have a set of concurrent lines. These lines depict the distance of Earth from Pulsars. Pulsars are basically neutron stars that give out pulses of radiation. Now, this part might not tell how to decode the record, but it tells the position of our planet. It would give the aliens the clue to where this record is sent from.

Now, let's go to the bottom right. We have a diagram that depicts the Hydrogen molecule. Hydrogen is the most abundant gas in the universe and can be found anywhere. The hydrogen molecule depicted on the cover is undergoing a very rare transition, which occurs once in 10 million years. In this transition, the electron in the hydrogen changes the direction of spin and emits a radiation of 21cm wavelength. This transition is called the hyperfine transition. This specific wavelength has a frequency of 1420 MHz, and is used by astronomers to map the galaxies. When converted to seconds, it becomes 7.042x10^-24 seconds. This 21 cm wave is used as a constant for all the rest of the symbols on the cover.

Going above the set of concurrent lines, we have the above shape. It depicts the side view of the record. Now, there are a few vertical and horizontal dashes below the symbol. These actually demonstrate the binary bits, 1 and 0. So, upon converting them to bits, we get something depicted above.

On converting the binary number to decimal and multiplying by the hydrogen line constant, we get 3, 229 seconds, which means 53.8 minutes. This is the total run time of the record.

Going above this symbol, we have the top view of the record. Again, there is a set of dashes representing a binary number on the circumference. Converting that number to decimal and multiplying by the hydrogen line constant, we get 3.59 seconds, the time required for one rotation of the record. Now, we have done half of the part. This much information is sufficient to play the audio part. The audio contained greetings in 55 different languages, samples of music, and sounds of earth, like ocean waves, rain, etc. This complete part is encoded on one side of the record. On the other side, we have the images. Now you might think putting images on a record might be easy, but it is not. They had to convert digital data to analog in order to do this. So, the scientists encoded the images in an audio format. So, once the record is played with a speed such that it will take 3.59 seconds for one rotation, we get the audio data.

Now, the last few symbols help decode the images from the audio data. The top right portion shows how to break the waveform. Again, there is a binary number here, too. Repeating the operation done on the previous binary numbers, we get 0.008ms, the time required for each waveform to play. Below that is a rectangle with some spike-like things.

It shows how many scan lines the image contains. Each waveform takes one out of the total 512 scanlines. Now, scan lines are present in the Cathode Ray Tube televisions. In these televisions, images used to be formed by illuminating a line of pixels at a time. This line of pixels is depicted in the record in form of the spikes. So, on doing this for all the 512 scanlines, we get this image:

Now, a circle might not be the most exciting thing, but if you look down on the record cover, you will see a circle in a box. That's the calibration circle. If the aliens manage to get the same shape by decoding the record, it means that they are on the right way. So, after doing this for the rest of the waveform, all the images can be decoded.

Here are some of the images on the record:

Isn't this amazing? The use of just a few symbols and constants can help us communicate with a totally different civilization. I find it really awesome. What do you think? Tell me in the comments section.

Thanks a lot for reading. Do share the article if you liked it.

I am Siddhesh, a technology blogger. I am interested in gathering and sharing knowledge about different fields in technology. Check out my blog at: <a href="https://www.techxplained.software">TechXplained</a>

More stories from siddhesh thakare and writers in FYI and other communities.