by sara trif 2 months ago in Historical
Report Story

When women do work as professionals, they're still not being taken seriously 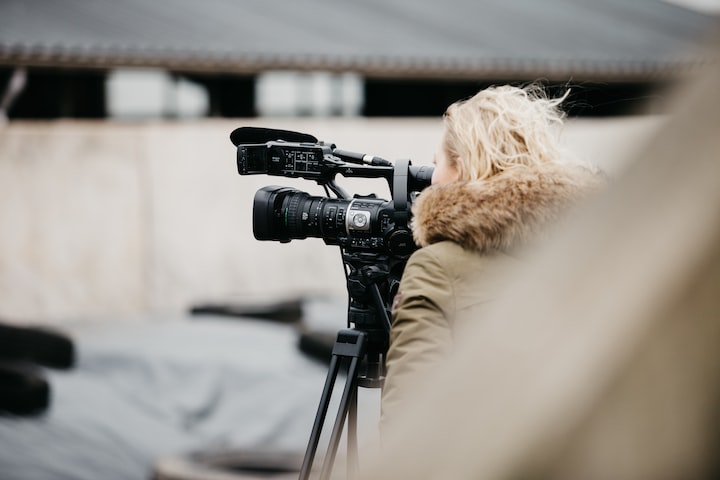 Photo by Joppe Spaa on Unsplash

Compared to how it is today, in the past, the majority of women weren't taken seriously in their professions. In fact, it was pretty difficult for women to obtain higher and professional jobs, because men believed that they weren't properly equipped for them. But when women do work as professionals, they're still not being taken seriously.

However, while this was one of the bigger issues in the past, it's still like this today. While it's not as major as it was in the past, women still deal with discrimination and inequality in the environment. Despite their profession, women continue to not gain enough respect and praise for what they're doing. For female journalists, they fall under the same issue. They're more openminded and knowledgeable in what women deal with in the working environment, because they're the ones who report it. They report the dark truth about being a woman. Besides that, female journalists show the world so much more, in addition to inequality. If you want to know some of these courageous women, these are the most inspiring female journalists from the past and even today.

As one of the inspiring female journalists out there, Reyhaneh Tabatabaei is a journalist for multiple daily newspapers like Bahar, Kaleme Sabz and Shargh, Farhikhtegan, as well as weekly newspapers like Iran-e Farda and Chelcheragh. Reyhaneh is also a member of the reformist party Islamic Iran Participation Front. As an Iranian reformist journalist, she’s dealt with multiple charges for what she’s placed herself into for her beliefs and spreading her beliefs through journalism across the globe.

For her charges, she’s insured the state authorities when participating in the 2009 post-presidential election rallies. She’s also spread information against the holy Islamic Republic in addition. Because of her charges, she was sent to prison for six years in June of 2014. Yet, soon she was called into the prosecutor’s office at Evian Prison and was given a new charge, which was propaganda against the regime. A year later, she was sentenced to one year in prison for “spreading propaganda against the regime,” on November of 2015. She was actually arrested three times. Luckily, she was released in January of 2017.

Susan B. Anthony was a publisher, editor, civil rights activist, famous feminist activist, and a journalist. Her role during the time was very significant, especially when it came to gaining rights for women. She was an abolitionist who was fighting for women to gain the right to vote, and nearly every single woman at the time looked up to her.

Partnering up with Elizabeth Cady Stanton later on in 1851, the two would eventually lead the National American Woman Suffrage Association. Susan began petitions in order for women to gain the rights to vote and even possess their own property. Inspirational, passionate, and tough, she traveled extensively and campaigned across the country to make a change for women.

Among the all-time inspiring female journalists is Ida Bell Wells, or also known as Ida B. Wells. Not only was she a civil rights activist, but she was a journalist, as well. She was an activist who led an anti-lynching crusade in the US during the 1890s. While she was an African-American journalist, abolitionist, and a true feminist movement leader, she was constantly discriminated for her actions.

While one of her main goals was leading an anti-lynching crusade in the US, she also found and became integral in groups that strived for African-American justice. Since she’s dealt with so many situations for her actions like getting fired from her job, being criticized for her journalism, and looked down upon for nearly everything that she’s done, she’s still seen as one of America’s heroes for her passion in changing the viewpoint in America during the time.

For a marine biologist, environmental activist, academic, and a journalist, Rachel Carson was a passionate individual in her work during the time. She wanted to make big changes in the environment through her knowledge in nature as well as wildlife. In fact, she gave the world the vision to see the true environmental impact of fertilizers and pesticides.

Her novel, Silent Spring, is known as a best-seller and impacted so many people and their view on the environment. In fact, Rachel’s book led to a presidential commission that hugely endorsed her into finding and helping to shape a growing environmental consciousness. Even after her passing in 1964, Rachel’s actions as an activist will forever preserve the world for future generations to come through her novel and findings.

Khadija Ismayilova is known as one of the inspiring female journalists out there. She was an Azerbaijani investigative journalist as well as a radio host for Radio Free Europe/Radio Liberty. She was also the host of the daily debate show İşdən Sonra and a member of the Organized Crime and Corruption Reporting Project.

However, in December of 2014, Khadija was actually arrested for charges of incitement to suicide, which is a charge that’s widely criticized from the human rights organizations as fake. Then in September of 2015, she was sentenced to prison for seven and a half years under the charges of embezzlement and tax evasion. Yet on May of 2016, the Azerbaijani Supreme Court ordered her to be released on probation.

As for one of the more well-known female journalists today, Stacey Dooley is a loved British documentary presenter who’s also best known for her show Stacey Dooley Investigates. For her journalism, she’s widely popular for covering sensitive stories and issues that are occurring across the globe. And her fame all started when she covered the situation of child labor in developing countries in her documentary which was aired on BBC Three in 2009.

From a stop assistant to a journalist, Stacey has been very active in the journalism field since 2008. While traveling around the world to cover significant situations, she wants to show what’s happening in other parts of the world; to document these issues and hopefully help out to make the right change. This is why Stacey is among the inspiring female journalists ever.

Katharine Graham is not only one of the inspiring female journalists, but she was also America’s first female Fortune 500 CEO. While she was the renowned publisher for The Washington Post, she led the newspaper to national prominence, and most notably when it published The Pentagon Papers as well as reported on the Watergate scandal. As a publisher, business leader, and journalist, Katharine made major changes in the world of publishing.

For a true journalist, Nellie Bly was well-known for her pioneering journalism, which is why she’s among the most inspiring female journalists. This includes her 1887 exposé on the conditions of the asylum patients at Blackwell’s Island in New York City as well as her 72-day trip around the globe. She first started writing for the Pittsburgh Dispatch in 1885.

However, two years later, Nellie moved to New York City and started working for the New York World. And one of her first assignments for the World, she took a couple of days on Blackwell’s Island, where she posed as a mental patient for an exposé. And her paper sent her on a journey across the globe in a record-setting of 72 days.

A news anchor and a journalist, Christiane Amanpour is a London-born broadcast journalist who covered some of the world’s most significant and newsworthy events ever. Broadcasting from news networks like CNN, CBS, and ABC. She’s also seen as one of television’s leading news correspondents.

However, she first gained her popularity for her 1985 report on Iran, where she won the DuPont Award as well as received several Emmys and other honors for her work. At the moment, she’s CNN’s chief international correspondent and actually worked for CBS’ 60 Minutes and ABC News. For someone who’s jumped from multiple news networks and wowed the viewers with her stories and covers, she’s also inspired many women to follow her footsteps in becoming a major icon in the world of journalism.

Finally, from the all-time inspiring female journalists ever is Marie Catherine Colvin, mainly known as Marie Colvin. She was an American journalist who worked for the British newspaper The Sunday Times from 1985 up until her death. In fact, she passed away in the midst of covering the siege of Homs in Syria.

While she’s made huge impacts during her time alive and working as a journalist, she’s gained even bigger attention after her passing. Stony Brook University even established the Marie Colvin Center for International Reporting in her honor. In addition to that, her family also established the Marie Colvin Memorial Fund through the Long Island Community Foundation where they aim to offer donations in Marie’s name for her humanitarianism.

More stories from sara trif and writers in FYI and other communities.