Enter The Surreal World of Dreams

by Elena Athon 8 months ago in Science

A Place Where Anything Can Happen 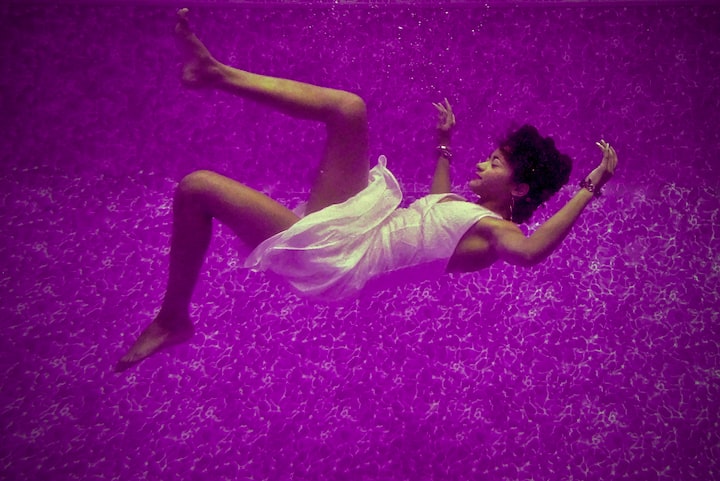 Photo by Bruce Christianson on Unsplash

Dreams can be so surreal that it feels like you're living in a whole different dimension.

They are full of uncertainty and mystery, which is what makes them so intriguing to explore.

Dreams are a fascinating window into the workings of our minds.

They offer us some clues about how we feel or why we do certain things in real life.

The surreal world of dreams is a place where anything can happen. It's also a place that many people don't know much about.

Here are some things you probably didn't know...

During Rapid Eye Movement (REM) sleep, which is the primary dreaming stage of sleep, you are physically paralyzed.

If you wake up during this moment of REM sleep, you will experience the sensation of being 'paralyzed.'

This can be very frightening, because you cannot move your body.

To help alleviate these fears, it's important to know that you are not in any real danger and that nothing terrible will happen when you experience an episode of sleep paralysis!

The symptoms can last from few seconds to minutes, after that you will be back to normal.

Some people dream in black and white

About 12% of people dream in black and white.

If you are one of the people who dream in this way, don't worry!

This is a common phenomenon that doesn't mean anything about your mental health or cognitive abilities.

Sleepwalkers have usually their eyes open

When a person is sleepwalking, their eyes are usually open.

They might look like they're awake for the whole time, but in reality, they have no clue what's going on around them and can't remember anything about it later!

Sleepwalkers usually don't remember that they've been up at night.

They also tend to move around because their body is still awake even though the brain has shut down for rest.

Have you ever heard about sexsomnia?

Sexsomnia is a rare sleep disorder (a form of sleepwalking) that causes people to act out sexually while they are sleeping.

Dreams can help you solve problems

We know less than 10% of what goes on inside a dream, but there's still plenty going on behind those closed eyelids!

Scientists believe that dreams help us solve problems by using different parts of the brain.

Many scientists, musicians, painters, writers have found the solution to problems and inspiration in their dreams.

Nightmares, the dark side of dreams

You're not alone in your fear of monsters under the bed or strange things that go bump in the night.

According to experts, children are more likely than adults to have nightmares and other scary dreams.

A study found that one out of five children under age 12 had nightmares regularly - but these usually stop by adolescence.

Research has shown that people who sleep less than six hours a night tend to have more nightmares than those who get at least eight hours of sleep each night.

If you want to avoid having nightmares, get some quality sleep!

If you've ever wondered what your dog or cat is dreaming about, it turns out they might be able to see the same things that humans do.

Scientists in Canada have found evidence for this by studying cats and dogs who had their brain activity measured during sleep, proving that pets can experience visual dreams.

I'm not sure we'll ever know for certain what they see in their dreams!

Dogs might be dreaming about fetching a ball or chasing down the occasional squirrel for dinner.

Cats may find themselves in the endless pursuit of mice and other prey!

We can only guess what our four-legged friends dream about.

Spasms during sleep trigger the sensation of falling

I don't know about you, but I have experienced the sensation of falling during sleep before.

It's not a pleasant feeling and it can be quite scary too!

Hypnotic jerks, also known as "hypnic jerk," is a sudden involuntary muscle spasm in your body that happens right before you fall asleep, while sleeping, or on waking up from sleep.

It's not dangerous but uncomfortable to feel!

The feeling of falling while sleeping can be caused by a muscle twitch, triggering this sensation.

Dreamcatchers, a talisman to protect from bad dreams

The purpose of a dreamcatcher is to catch any bad dreams and hold on to them so they don't reach you.

The good ones are then allowed through the webbing into your head!

Some Native Americans believe that white feathers are a sign of protection and good luck.

That's why they would collect the feather from an eagle or other bird to place in their dream catcher, which was believed to suck away bad dreams.

In many Native American cultures, people believe that a dreamcatcher should be shaken out in the morning and every new moon so it can remove any bad dreams from its webbing.

Hypnos (Sleep) was a Greek god

Hypnos was the twin brother of Death (Thanatos) in Greek mythology.

He was also a god and had control over sleep, which led to him being called "the bringer of dreams."

Sleep and death look like similar states, and Greeks believed the two were closely related, and they depicted them as twin brothers.

Hypnos is one of the gods who wasn't vain about his appearance.

He would change himself into any shape that someone needed as long as it helped them get some restful sleep!

The term was coined by Frederik van Eeden in 1913, which defines a state of consciousness that people experience when they are awake - also known as "conscious" or "lucid."

Lucid dreaming is a phenomenon in which the sleeper enters REM sleep.

Still, instead of letting their mind wander aimlessly during this period of consciousness, they start to understand that they are dreaming, and they take control of their dream.

It's like being the screenwriter and the hero in your own movie.

You can do anything you want in your dreams, from flying, solving problems to time-traveling!

All you have to do is wake up from your nap and tell yourself that when you go back to sleep, you'll remember that you are dreaming.

Dreams are a valuable part of life. They're an amazing way to escape from the stresses that we deal with during our waking hours.

At some point, we need a break from reality.

All you have to do is just close your eyes and let yourself enter the surreal world of dreams.

Blogging has allowed me to explore my creativity and voice in ways that I never knew were possible - all while connecting with people who are passionate about the same things as myself. Check out my blog: www.butterfulsoul.com

Receive stories by Elena Athon in your feed
Elena Athon
Read next: Amusing Historical Facts That Will Have You Saying Wtf