Does the Moon Actually Revolve Around the Earth?

by Jim Dee about a year ago in Science
Report Story

Well, yes, but you *could* argue that it doesn't! 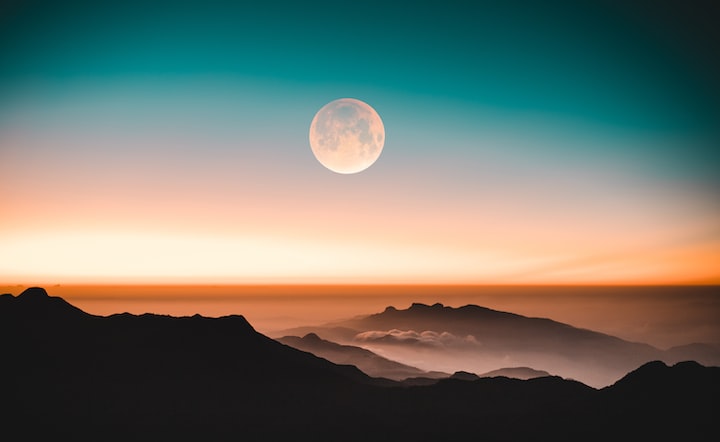 I hesitate to share this article, as I’m neither an astronomer nor an astrophysicist, though some have called me a lunatic. But, years ago, curiosity got the best of me and I went in search of some specific information — and found it! So, in the name of Vocal’s “(Un)Common Knowledge” challenge, this is my contribution. (To clarify: I certainly didn’t come up with the following! It’s pretty basic science and well known by those in the field. Yet, most normal people I’ve met definitely don’t know this.)

The question in my fairly technically-oriented brain at the time was this: Is it absolutely correct (however one might define that) to assert that “the moon revolves around the Earth”?

I mean, we all know our beloved satellite orbits our planet continually. So, the answer should be a no-brainer. Of course it does!

And, it’s generally known that the reason for this is gravity. The Earth is huge and exerts a gravitational pull on the moon, thus keeping it nearby forever.

But, gravity is a two-way phenomenon between bodies, right? And while the moon is smaller than the Earth, it’s also a downright massive object (27% of the size of Earth, according to sources like Space.com). Most people know that it’s responsible for our tides, for example. And, as the ocean is surely a thing of considerable weight (understatement of the year), it’s reasonable to assume that the gravitational force required to move it is significant.

So, on some level, people do understand that the moon has a gravitational relationship with the Earth. I guess I just got to thinking: Well then, why don’t the two bodies revolve around each other?

And this is where most people stop thinking like scientists. Most shrug this question off with: “Well, the Earth is comparatively huge, so the moon goes around us. End of story. Now, get me another beer.”

Only, if you look into it further, that’s not the case. Just because the Earth is comparatively massive doesn’t mean the two bodies’ orbits aren’t both affected by gravity.

Now, the following may not be 100% accurate, but: Imagine if the Earth and moon were sitting on a giant see-saw (that was somehow subject to the normal Earth-bound gravitational scenario we’re used to whereby objects are pulled downward), and you wanted that see-saw to be balanced. So, you had to place the middle point somewhere along the board.

Placement #1: Of course, you couldn’t place that point in the middle of the board like a normal see-saw. The Earth weighs way more and would be like an adult sitting on one end while a baby sits on the other.

Placement #2: But you also could not simply place it directly below the center of the earth because then the moon would win. Such a placement is clearly wrong when viewed like this, yet this is how most people imagine Earth-moon gravity when they say that the moon “revolves around the Earth.” Such a statement (technically, arguably) fails to take the moon’s gravity into account:

Placement #3: What you’d have to do is to position it between the two bodies until you found the center. And, in this case, it would be within the Earth still, but not at the Earth’s center. In fact, it’d be about 75% out from the center, toward the moon, kind of like so:

And so what’s cool about this is that THIS is the point about which BOTH bodies orbit. So, the moon doesn’t merely “revolve around the Earth.” Rather, the moon and the Earth are both revolving around this gravitational balance point, known as the Barycenter. Wikipedia has a GIF that shows an approximation of what this looks like:

Now, could you walk into a bar and win beers from your friends based on proving that the moon does not merely revolve around the Earth? Well, that’s questionable at best. I suppose it would depend on how precisely one defines the concept of “revolve around.” But surely if you word it correctly, I imagine a few beers could come your way as a result of this uncommon knowledge.

Well, I hope I got most of that right. If you want to dig deeper into this, the Wikipedia page on Barycenters is a nice starting point.

✍🏻 Jim Dee maintains three blogs, publishes nonfiction and fiction all over the web, and writes books. His latest novel, the literary-comedic adventure “CHROO,” is a guaranteed joyride. Connect at JPDbooks.com.

Writer from Portland and St. Louis. (Fairly new to Vocal, but well established elsewhere.) My author site is JPDbooks.com. If you're into comedic-literary adventures, be sure to check out my latest novel, "CHROO," available on Amazon!

More stories from Jim Dee and writers in FYI and other communities.