by Olivia L. Dobbs 2 years ago in Science
Report Story 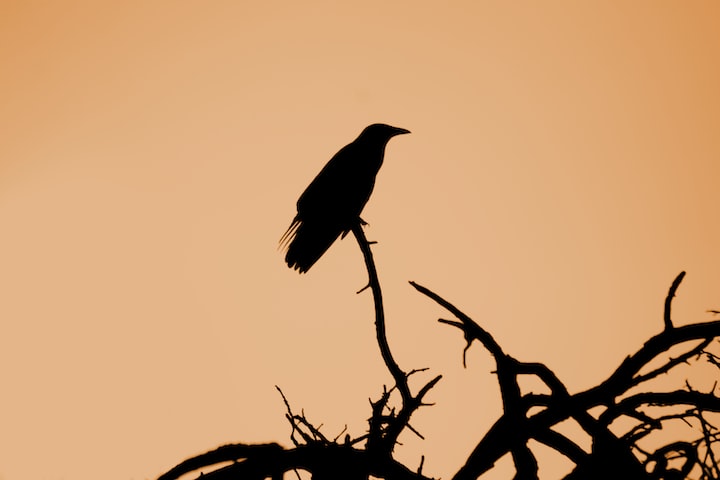 Are we the smartest species on earth?

Since humans have been self-aware, we've drawn up a million reasons why this must be so.

With grand machines, complex languages, and beautiful art, surely we must be more mentally capable than every other critter, right?

As more evidence has been unearthed, we’ve discovered that we're not that much better in the brain-department than any other species. We're just different.

Meet the corvids, the family of birds that includes crows, ravens, and jays. In recent years, they have risen to become one of the best examples of genius outside humanity. As scientists have gotten better at researching animal intelligence, they've discovered corvids are an iconoclast of the human primacy hypothesis.

Early on, we believed that forming speech was an indicator of our extraordinary intelligence. This ability now, however, is known to be common across the animal kingdom.

Corvids are particularly talented speakers! Edgar Allan Poe was on to something when he added a talking raven to his poem:

Some thought, then, that it was conveying meaning through language that made us smarter. Then, corvids entered the chat. Scientists found that language is an essential part of corvid flock behavior. Crows have an incredibly complex dialect. They mimic each other to fit in, give complex warnings, and even express friendship and make jokes with each other.

Mimicry of human speech could very well be their attempt to dialogue with us like you might speak a phrase in a foreign country. Note that the raven above might be better at saying English than you might be at mimicking a crow phrase.

With speech no longer an option, we turned to tool use as a sign. Jane Goodall, with her iconic studies of chimpanzee intelligence and culture, blew that idea out of the water. But, as soon as we discovered it was possible for primates, researchers got to work. Since Goodall, the list has rapidly expanded - and is still expanding today as I write this article and as you read it.

Some of the most brilliant examples of tool use have come from our dear corvid friends. All sorts of species from this family have been observed using items in inventive ways! Some members of the family have been observed using sticks as weapons against each other, others drop nuts into traffic to use cars as nutcrackers, and even others use tools to reach food in spots too large for their beaks!

In the video above, Oxford researchers gave this New Caledonian crow food in a hard-to-reach tube and an ill-suited tool to obtain it. Watch how he struggles to use this tool at first but then has a moment of ingenuity! Unprompted and without training, he modifies the tool to work better, fashioning a hook!

Tool use was a bust. With a bit of frustration, we took another guess: puzzles! Surely only we excel at solving complex problems.

Corvid studies disagreed, yet again. Meet 007, and watch as he completes a puzzle that might even give some humans a bit of trouble:

In 2019, a researcher at Harvard found that corvids even seem to have fun solving puzzles, just like us. They improve rapidly at solving puzzles because of this. It's entertaining for them to be challenged, and corvids love to be entertained! Next time you find yourself in an escape room, it might be a good idea to bring along your corvid comrades.

Again, we guessed at what made us smarter and came to the conclusion it was memory. That is until we discovered the astounding corvid skill in face memorization.

Fun Fact: Researchers who study crow behavior often have to wear masks to avoid being attacked by crows for the remainder of their time on campus. (See: the terrifying image below)

Before using masks, unfortunate students would get singled out by flocks. One of my professors shared an anecdote of one such student. The graduate performed a crow catch-and-release study and found that he was suddenly followed by cawing crows. As he continued his study, the behavior escalated! The crows started swooping at him, and he found himself running across stretches of his campus when he was spotted.

Their recognition for individual people can last years. After the student graduated, he returned to visit years later, assuming his crows would have forgotten him. As soon as he was spotted, he witnessed the same cawing and swooping happen all over again!

Consider your own ability to identify an individual crow. In this cross-species identification, they have us beat.

Once we figured out that tool use, language, puzzle-solving, and memory didn’t set us apart from the animal kingdom, we moved the goalpost once again. We focused on our brilliant ability to plan and assumed that other animals, regardless of their "genius" moments, could not prepare like we can.

Yet again, corvid intelligence research demolished this guess. One team of researchers at Lund University found significant evidence of forward-planning in ravens. The raven test subjects were able to store tools (and money!) when it was made clear they might need to use them later.

Their planning ability is on par with that of a human child. Another study found that crows passed the famous Stanford marshmallow experiment. If you're familiar with the study, you know that not even every child successfully passes it.

I Think, Therefore I Am

Wearily, we supposed that our special brand of intelligence might be consciousness. Perhaps thinking was universal, but humans were unique in that they could think about thinking.

New corvid research, published only a few months ago, dealt the final blow. The study found signs of subjective reasoning and self-conscious behavior. Along with observing behavior, the research team scanned their subjects' brains and found signs of specific regions of their brains responding, similar to how our brains respond when we reason about ourselves or our own thoughts. Corvids don’t just know; they know what they know.

Currently, we have two remaining ideas about what could potentially make us smarter. Some say that we're better at conveying information; others theorize that our imagination is unparalleled. But, according to a growing collection of scientists, we might not yet be smart enough to find the answer.

As we improve our understanding of animal intelligence, who knows what else we’ll discover? I, for one, look forward to finding out.

More stories from Olivia L. Dobbs and writers in FYI and other communities.