Creepy Photos That Will Give You Chills

From haunting serial killer messages to a teen falling to his death from 200 feet in the air, these photos will haunt you 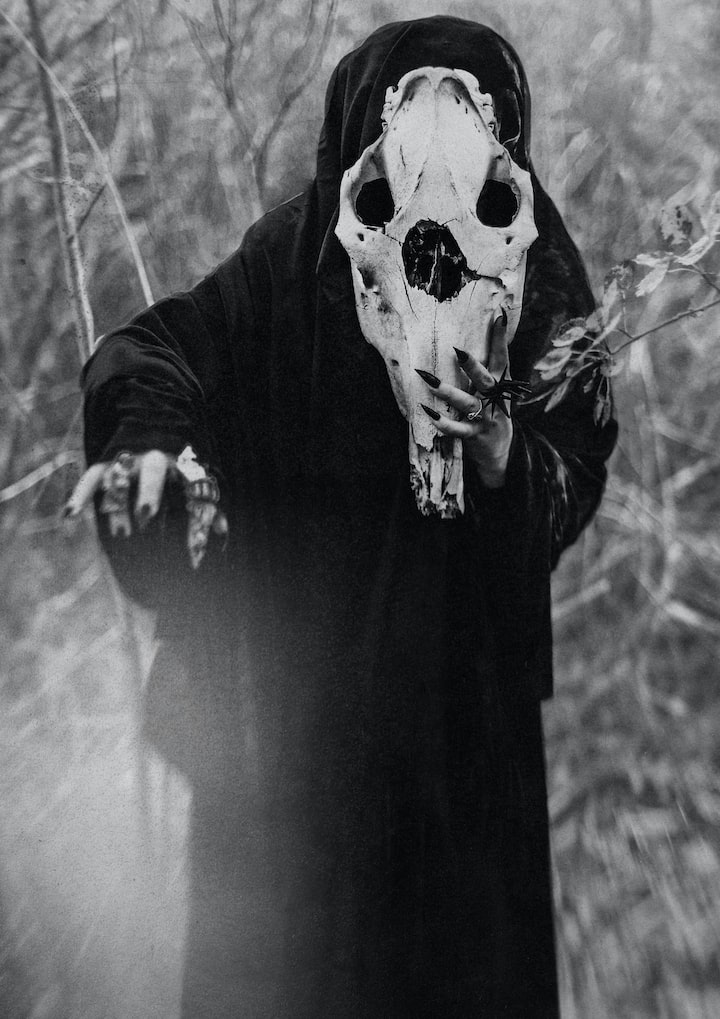 They say a picture is worth a thousand words. If that is true, the creepy photos included in this list are worth a million. The images below capture some of the creepiest moments in time.

Body of Joann Nichols Behind the Wall

Nothing unusual about this photo until you notice the yellow police tape across the lawn and learn the reason why. Behind the wall, a contractor found the body of Joann Nichols, a wife whose husband reported her missing 28 years earlier. Her hands were tied with rope and the body had skeletonized.

Diogo Alves was Portugal's first serial killer. He was executed in 1851, and his head was preserved in formaldehyde and displayed at the anatomical theater of the University of Lisbon's Faculty of Medicine. The head is now over 170 years old.

On Dec. 10, 1945, police found the body of 32-year-0ld Frances Brown dead in her apartment, with the knife her killer used still lodged in her back. The killer left this message in lipstick on the wall.

“For heaven’s Sake, catch me Before I kill more I cannot control myself.”

William Heirens aka “The Lipstick Killer” would claim three more women's lives before his capture in 1946.

Heirens confessed to the murders but later claimed police coerced him into confessing.

The Shanghai Baby survived a bombing raid during the Second Sino-Japanese War in 1937. The Japanese bombed a train station that housed women and children. No one knows the identity of the baby to this day or if he survived this incident.

LIFE magazine photographer Ralph Morse captured his photo depicting the casualty of war. During The Battle of Guadalcanal in 1942, Morse and an American patrol unit stumbled upon a disabled tank on a stretch of each. Underneath the turret, Morse and the soldiers found the desiccated head of a Japanese soldier, his mouth still open in a scream. Likely the turret was booby-trapped, and the soldiers stumbled upon their death.

This photo shows a moment from the Battle of Cold Harbor. The Library of Congress described the photo as “African-Americans collecting bones of soldiers killed in the battle.” This war claimed over 18,000 casualties, all for nothing, General Grant later said.

On August 30, 2015, Jolee Callan and her ex-boyfriend Loren Bunner embarked on a hike through Cheaha State Park in Alabama. Weeks away from heading off to college, the 18-year-old agreed to go on the trip for friendships sake, although she recently began dating another boy.

Seconds after snapping this photo, Bunner shot Jolee twice in the back of the head with a .22 caliber Ruger bearcat revolver, then pushed her off the cliff, a 50-ft. Drop. He then called police and confessed to the crime.

He eventually pleaded guilty to the murder and received a 52-year prison sentence.

In September 2014, visitors at the National Zoological Park in Delhi, India watched as a tiger killed a 20-year-old visitor after he jumped inside the tiger enclosure. This photo shows the man moments before the tiger spent 15-minutes mauling him to death. The man reportedly had a history of mental illness. Children cried and threw stones at the tiger hopeful that it would stop the attack. The man's screams could be heard across the entire the park.

On Feb. 22, 1970, 14-year-old Keith Sapsford ran away from his boarding school in Sydney, Australia, and climbed into an airplane's wheel-well just for fun. The teen didn't realize until the plane ascended 200 feet in the air that the compartment would reopen to retract its wheels. The teen fell to his death, the fatal fall captured by photographer John Gilpin.

More stories from CM and writers in FYI and other communities.