by Madison Bartlett about a year ago in Historical 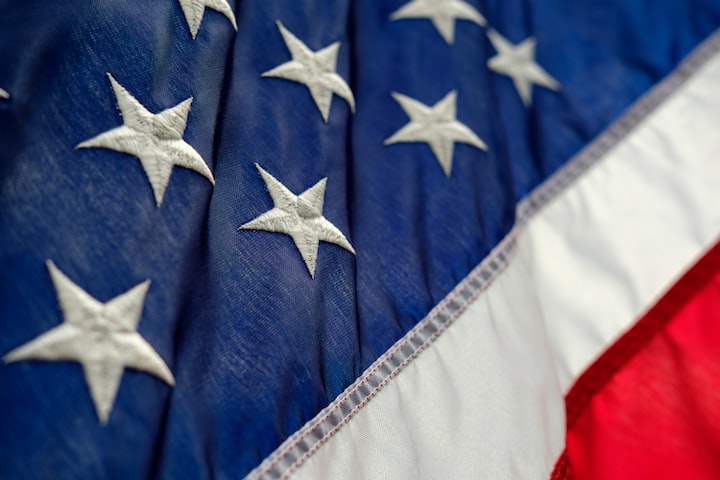 Photo by Luke Michael on Unsplash

Most millennials spent lockdown scrolling through the latest social media phenomenon… TikTok. Yes, I myself am guilty of this. As I was helplessly scrolling through endless videos, I came across a mind blowing historical coincidence. After watching the video several times, I raced to the internet where I continued my investigation into this astonishing information that I was briefly introduced to. As I dived into article after article, I became more and more fascinated as I continued to read on. You couldn’t make this stuff up.

What is it? I hear you yelling. Now let me pose a question. What do Abraham Lincoln and John F. Kennedy have in common? Most people would answer that they were both presidents of the United States of America. Well, yes that is correct but they share plenty of other similarities as well. You may already be aware or you may not. Listen to this.

Lincoln and Kennedy were the 16th and 35th presidents of the USA respectively. I know it doesn’t sound that interesting yet, it’s gets better I promise.

Firstly: ‘Lincoln’ and ‘Kennedy’ both have 7 letters. Astonishing I know!

Both are named after their paternal grandfathers.

Both are the second child of their parents each with an older sister.

Both presidents were elected to Congress in the year ’46 (Lincoln 1846 and Kennedy 1946) then took presidency in the year of ’60, 100 years apart. They both had strong priorities concerning civil rights as Lincoln abolished slavery while Kennedy passed the civil rights act of 1964. Both were rushed into war shortly after their inaugurations. Lincoln to the civil war and Kennedy to the Vietnam war.

Each of their birthplaces now a national monument. Both men married in their thirties to women in their twenties. Both had 4 children. Unfortunately, both lost a son while living in the White House. Lincoln lost his 11 year old son named William Wallace Lincoln, while Kennedy lost his infant son named Patrick Bouvier Kennedy. Each of their son’s names contain twenty one letters split evenly into seven letters per name (first, middle and last.) While these may just be unfortunate coincidences of the pair, things start to become extremely odd when you talk about their tragic deaths.

Both Lincoln and Kennedy were assassinated, both were shot, both struck in the back of the head. They both were killed on Fridays. Each in the presence of their wives, whose outfits have now become very symbolic and monumental garments each stained with their husbands blood. Also it is believed that each of their secretaries had advised them not to go to the events which they later died at.

Both were assassinated by southerners. Lincoln was shot by John Wilkes Booth. Kennedy was shot by Lee Harvey Oswald. There was also a similarity between the movement of each assassin. Booth went from a theatre to a warehouse where he was eventually caught and Oswald ran from a warehouse to a theatre where he was then captured. These men were both known by all three names and both names contain fifteen letters. Both killers were born in ‘39. Both assassins were themselves assassinated before their trials.

Both presidents were succeeded by Johnson’s. Lincoln succeeded by Andrew Johnson and Kennedy by Lyndon B. Johnson. Both southerners and both born in the year of ’08.

I don’t know about you, but my mind is well and truly blown.

Now plenty of people would just not believe that these events link. Some may say this is all just a string of coincidences and few may say that it’s just history repeating itself, but the life story of each of these men do strangely mirror one another many times, through sharing tragic experiences to lifestyle choices.What do you think? Is it beyond a coincidence? Or Is it history repeating itself?

More stories from Madison Bartlett and writers in FYI and other communities.